The Confessor In Saffron 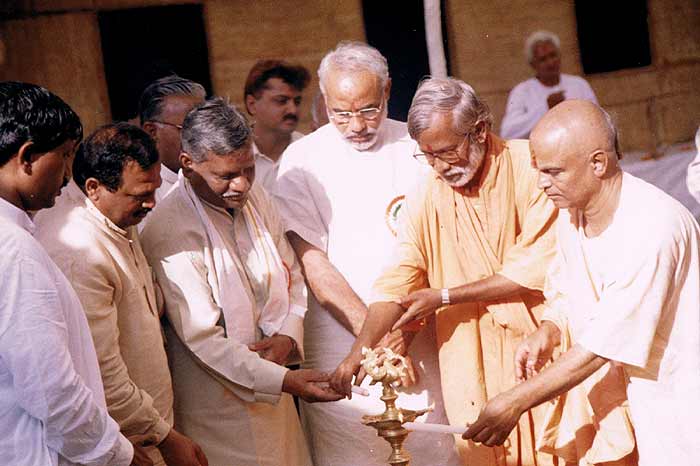 ON a low plateau in the hills of the Dangs district, Gujarat, stands the Shabarimata temple complex. In the temple itself, devotees file in and out, rituals take place at the appointed hours. In the adjoining part, simply called the ashram, life and time have been more or less at a standstill over the last two years, after furious activity in the preceding five-six years. Temple-goers who have heard of the ashram’s ‘swamiji’ do not fail to glance its way as they descend the temple steps. Some are in awe of what it now represents; the local tribals pretend they don’t see it.

This is where Swami Aseemanand lived and worked till he mysteriously disappeared about two years ago. This is the temple he built to Lord Ram’s tribal devotee, Shabari, after he made the Dangs his home in the late 1990s. On December 14, eyewitnesses say, a convoy of some 20 vehicles brought the swami back for a brief hour or so, accompanied by hundreds of policemen. That day, National Investigation Agency (NIA) officials had brought Aseemanand—arrested on November 19 from a hideout in Haridwar—for verification of the place where the “bomb-for-bomb” theory took shape.