The Claws Of The State 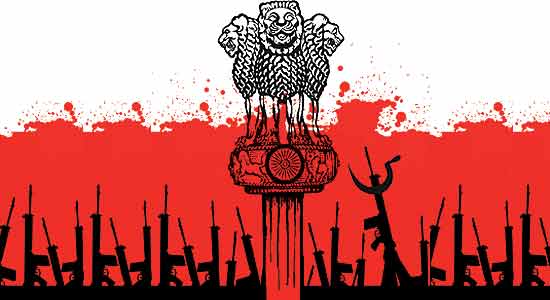 Illustration by Sandeep Adhwaryu
Jyoti Punwani February 08, 2010 00:00 IST The Claws Of The State

There are things I haven’t forgotten about that October night 30 years ago, like the shock of discovering that my knees were shaking as the banging on the door grew louder. The voices, coarse and angry, were asking for P.V. Bhaktavatsalam, the lawyer who had dared to defend those charged with being Naxalites in a state obsessed with eliminating them. The parallels with modern-day Chhattisgarh couldn’t be greater.

Back then, between August and October 1980, ten young men had been killed in police encounters in the North Arcot and Dharmapuri districts. Their crime? Organising peasants in that backward region, where the Naxalites had a base. M.G. Ramachandran, then chief minister, had given the police, headed by the megalomaniacal Walter Dawaram, a carte blanche to crush the peasant movement. The police went about their task in the only manner they know: eliminating the leaders and arresting those protesting these murders for sedition.

In those post-Emergency days, when human rights was a cause that attracted celebrities, an all-India fact-finding team set out to investigate these ‘encounters’. Headed by Cho Ramaswamy, editor of the Tamil magazine Thuglak, it included environmentalist Claude Alvares and senior journalist Mohan Ram. None of these names mattered. We had barely checked into our lodge when a mob of  plainclothesmen and “victims of Naxalites” started stoning our lodge. After what seemed an eternity, uniformed police escorted us out of the lodge and the town “for our own safety”. I remember the cringing gratitude I felt towards these “saviours” as they drove away their own drunken colleagues, but not before Claude’s glasses were broken and Mohan was given a black eye.

Over the last few weeks, I’ve thought about that night often. Nothing seems to have changed, except the ruling parties. The Naxalites are active again in our most backward areas, and the police have again been given a free hand. Once again, anyone exposing the illegal actions of the police—the rapes and killings of adivasis over the last five years—has been targeted. Himanshu Kumar, a Gandhian, has been evicted from the area; Dr Binayak Sen was jailed. Over the last two months, fact-finding teams trying to enter the forests of Chhattisgarh and Orissa, where tribal resistance to land being acquired for private industry is being brutally suppressed, have been attacked or turned back.

In Narayanpatna, Orissa, an all-women’s team out to investigate last November’s killing of two adivasi leaders in police firing was first attacked inside a police station and then on the road. The attackers were plainclothesmen and civilians who were later “dispersed” by policemen.

In Chhattisgarh, the police have set up an obstacle course for teams trying to reach the Maoist heartland of Bastar. On December 14, they seized the vehicles of an all-women team, citing irregularities in the drivers’ documents. When the women tried to go ahead by bus, the police warned the bus drivers not to carry them. All this was to “save” them, the women were told. The police let them have a taste though—a mob punctured the tyres of the bus in which the team was returning. Prof Nandini Sundar of Delhi, a petitioner in the Supreme Court against the government-backed Salwa Judum, was stalked by the police, turned away by hotels and hounded by Bastar’s unique tribal Special Police Officers in the hostel she stayed the night. She, too, had to return without reaching her destination. Only Medha Patkar managed to breach, briefly, the police’s ‘No Entry’ sign, but not before her team was attacked with eggs by Salwa Judum tribals on Dantewada’s main road as police stood by, watching.

But 30 years on, three developments have changed the situation radically. One, the Centre has openly entered the fray, sending its forces to crush the Maoists, making the adivasi areas a war zone. Two, the police have raised anti-Maoist groups: Salwa Judum in Bastar and Shanti Samitis in Orissa, which can tackle human rights busybodies too. Finally, “human rights” has lost the halo that propelled celebrities into action. Two years after DIG Mohandas sent us packing from Tamil Nadu, declaring, “I can tell you for sure that no fact-finding committee will be allowed to come here”, another team did just that. (By then, the encounter toll had risen to 21.) Heading the second team were socialist MPs Surendra Mohan and Mrinal Gore, and Swami Agnivesh. Today, human rights groups wonder who can break into Chhattisgarh DGP Vishwaranjan’s protected zone, where tribal eye-witnesses to “encounters” are so well protected against “outsiders” that, despite Supreme Court orders, their own lawyers are denied access.