The City Of Gallant Knights

Anand's triumph is a high point. But then, Chennai has long been host to the royal game. 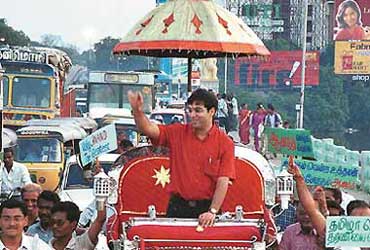 outlookindia.com
-0001-11-30T00:00:00+0553
FOR long, it has been the nursery of Indian chess, quietly nurturing the game through a slew of chess clubs and a strong playing community. And with Viswanathan Anand emerging as a world champion after winning the fide chess championship in Teheran, Chennai's fabled chess culture and skills have shot into the limelight like never before. To be sure, the Tamil Nadu capital has not only been the cradle of modern Indian chess but also gave birth to its earlier version, adu puli attam (the goat and tiger game) centuries ago. The result: out of the 25 International Masters (IM) from India, 16 are from Chennai; and of the five Grand Masters (GM) the country has produced, two, including Anand, are from the city.

How did Chennai become India's chess capital? Is it something inherent in the city's residents or does it have to do with the careful nurturing of the game here? The reasons are many. Chess players here say Anand's emergence was the biggest fillip to the game. They also remember the game's slow progress in the city. Says Murali Mohan, joint secretary of the Tamil Nadu Chess Association (tnca) and founder of the Capa Chess Academy, one of the 13 chess schools in the city, "Manuel Aaron became the first Indian to get the IM title in 1961; it took 17 years for us to produce the next IM. Only in the '80s did we start producing IMs regularly. It was the result of the hard work put in by Aaron and some major patrons."

One of the oft-repeated theories is that Chennaiites, with physical strength not being one of their strong points, try to sublimate and compensate for this 'weakness' by cerebral pursuits. Says political scientist

J. Jayaranjan of the Institute of Development Alternatives, "When the north Indian kings were busy in expansionist programmes, Tamil kings were busy in developing the language and culture through Sangam. When north Indian leaders dominated the political field, the Tamilians opted for bureaucracy. While the north produced Kapil Dev, Tamils had the famed spinners—V.V. Kumar and Venkataraghavan. The growth in the software industry is yet another example of Tamils being more successful in cognitive activities than physical labour."

In fact, many aver that the Tamil's engagement with abstraction began nearly two millennia ago. Sangam poetry is full of abstract imagery and the narrative has a puzzle-like quality. Riddles and labyrinthine structures govern Tamil poetics and syntax. Says social historian Era Thiagrajan, "With colonialism, the engagement with abstraction took a curious turn. People took up law and science and technology as a career. Mathematician Srinivasa Ramanujam and two Nobel laureates from Chennai, C.V. Raman and S. Chandrashekar, worked in pure science. The Madras school of painting is also famed for abstractions, with artists like Visvanathan and Adimoolam."

India's first IM Manuel Aaron feels it's the combination of 'nature and nurture' that's helped Chennai emerge as the new chess capital. Says he, "It was the patronage of industrialists like N. Mahalingam of the Shakti Group and G.K. Sundram of Lakshmi Mills and media personalities like G. Narasimhan of the Hindu that made a difference. Chess wasn't a state sponsored sport. In the initial phases, a player has to travel a lot to play tournaments and this was made possible by these individuals." A positive fallout of strong Indo-Soviet ties during the '60s and '70s was the setting up of the Tall Chess Academy in the Soviet Cultural Centre in Chennai in the late '60s. In a few years, it grew into a major centre for aspirants to train at and gather a range of theoretical inputs. Says Aaron, "It was a sustained effort, a labour of love. At the time, chess was neither a money-spinner nor a glamorous game. But those days, Mahalingam had announced a Rs 10,000 prize for any player becoming an IM and Rs 20,000 for a GM, which was substantial by any reckoning." It was 1972, and the first time chess had a corporate sponsor in India.

During the Indo-Soviet friendship days, Moscow was a real inspiration. Indian players were invited there and Chennai coaches had a chance to observe the way the Soviets coached their young players. The structured attempt to promote chess started only in the late '70s. In 1977, Ravikumar became the second IM. Soon, other players started getting their IM norms in quick succession. Says Harihara Nandan, sports editor, The New Indian Express, "It was the beginning of a new era. In Chennai, where players can't afford to have a second (coach and travelling companion player), there was a refreshing attitude and players played with, and against, each other. There're instances where the friendship was so strong that some players like Parameswaran and Ravishekar used to 'draw' against each other in some matches. The rise of chess in Chennai is mainly due to efforts of the chess community itself."

In the late '80s, it wasn't just Anand but also the PC revolution that proved to be a shot in the arm for chess. Says V. Kameswaran, the first International arbiter for chess from Chennai and the main coach at Children's Club, "All other computer games are just simulation. But one can play a real chess match on the computer." During 1988-91 players used to get the floppies of major games. Then they started buying a range of software to match their calibre. With the internet boom in the mid-'90s, the interactivity has increased. In fact, most chess playing kids have watched all the major matches since '95 online. According to Kameswaran, Chennai's software success and high performance in chess are directly linked. "The IT revolution has given hope to the middle-class that it too can aspire for the best. Career anxiety levels have come down in the last 5-10 years and parents are willing to let their kids try their hand at sports and other extra-curricular activities. That's a very important factor," he adds.

According to N. Mahalingam, the tnca president, the key factor was the decision to have tournaments based on age groups. "In the '80s, we felt introducing under-18, under-12 and under-8 tournaments would bring more kids to the game. Initially, some organisers had to ask their own children to participate in the matches! But within two years, it was a roaring success. Today, in every category there're at least 200 competitors," he says. Aaron believes these tournaments also brought parents closer to the game. "For under-8 and under-12 matches, the parents invariably accompany the kid. They too get drawn into the excitement of the game. This has actually resulted in the spread of coaching classes all over the city," he says. In his own Aaron Academy, the focus is on individual training. "Unlike in other sports, it can't be a group course. Individual competence varies a lot as do the player's needs. So, I prefer individual coaching only after a player reaches a certain competence level," he adds.

Anand himself attributes his success to the efforts of people like Aaron."I used to go to the Tall Chess Academy and ask any number of questions. Aaron used to answer them patiently. He was one of the first IMs to play with the kids. Because of his persuasion, I too got to play with many aspiring players in Chennai and other parts of Tamil Nadu. This interaction among the players in Chennai is a high point for the growth of the game," he says. Harihara Nandan feels that after Anand, Vijayalaksmi (Asia's first woman GM) has the same inspiring presence. Says he, "By becoming an IM in the open category and GM in the women's category, she's a role model for many girls." Clearly, Chennai's love affair with the game is in full bloom. 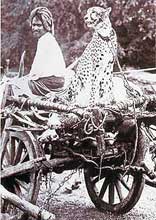