The Circuitry Of Darkness

It isn't just a deal gone bad, the Dabhol affair could undermine future investment—and most of India's assets are staked on it 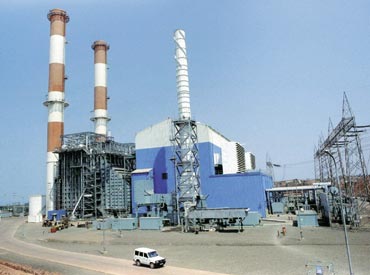 outlookindia.com
-0001-11-30T00:00:00+0553
So. The chickens have come home to roost. The brief facts: the Maharashtra State Electricity Board (mseb) has failed to pay the Dabhol Power Corporation (dpc). The onus then fell on the Government of Maharashtra (GoM) to pay up, according to the guarantees it signed. When the GoM said it had no money to pay up, dpc invoked, according to the terms of the contract, the counter-guarantee that the Government of India (GoI) had given regarding payment of dpc's bills. The GoI indicated that it would not violate the contract but asked dpc and the GoM to sit down and work out a long-term strategy since, as power minister Suresh Prabhu, himself from Maharashtra, said: "This cannot go on month after month."

Couple the extraordinarily one-sided contracts that the mseb, the GoM and the GoI signed with dpc, with the mseb's hapless inefficiency, and the entire future of the Indian economy could be at stake here. For evidence, take a look at the primer on the guarantees alongside. The most positive fallout, but an extremely remote possibility: a desperately-needed restructuring of the power sector, what dpc co-promoter Enron has forcefully called for (here in India and across the world, even in the US, see box). The most negative fallout, again rather remote: that India will renege on the contract, leading to a serious impact on all future foreign investment. Over the controversy looms the shadow of the new US administration of George W. Bush, whose close friend and key campaign contributor is Enron chairman Kenneth Lay. Of course, the most remote possibility of all is that the Indians politicians and bureaucrats who signed the Dabhol deal will ever have to pay for what they saddled the nation with.

WHAT IF WE DON'T PAY?Barring drastic pan-power-sector action, the mseb will not be able to pay the dpc bills, not now, not ever. It defaulted on the October 2000 bill of Rs 114 crore and Rs 148 crore of the November bill. The December bill is also overdue. From December 31 to January 4, and then on January 6, dpc did not produce a single megawatt of energy following mseb's decision not to purchase power from it. mseb is mandated by law to buy the cheapest power available to it, so it can't buy the dpc power, but if it doesn't buy dpc power, under the terms of the contract, it has to pay for the power it doesn't buy.

The GoM bailed the mseb out on the October bill by paying up from its Rs 150-crore exigencies kitty. But energy minister Padamsinh Patil says the state has no funds to pay any further bills. In fact, even by paying up the October bill, it put the salaries of government schoolteachers across the state in jeopardy for a few days.

If the Centre pays up, it simply takes the money out of the central plan allocation to Maharashtra. This is Rs 1,750 crore, of which Rs 600 crore has already been disbursed. An average monthly dpc bill is Rs 150 crore, that's Rs 1,800 crore in a year. Simple arithmetic. Plus, when dpc's Phase II plant starts producing power in December 2001, the bill could go up to Rs 600 crore a month. And this is not one-time, but over 20 years, and it goes up every time the dollar appreciates against the rupee and oil prices rise. The dollar has risen at an average annual rate of 6.5 per cent against the rupee in the last 50 years (to put it in perspective, a dollar was worth Rs 10 in 1980) and oil prices have been rising at 3 per cent a year in dollar terms over the last 40 years. The GoM and GoI have staked all their assets, present and future, in India and abroad (except for diplomatic and military assets) as surety for the payments.

Crisil has already downgraded bonds worth Rs 26 billion of several Maharashtra government firms from A(so) to speculative investment category BB+(so) because of the unpaid Enron dues. If the GoI doesn't pay up, a similar downgrading will happen to it in the international arena. Intense American pressure is already building up. Ambassador Richard Celeste made the US position clear in no uncertain terms in a Mumbai seminar attended by Maharashtra CM Vilasrao Deshmukh. Enron has always been adept at using politicians/diplomats to push its cause. Former US secretary of state James A. Baker III and commerce secretary Robert A. Mosbacher have been consultants for Enron. The former US ambassador to India, Frank Wisner, is on the Enron board. Enron and dpc have said that they are open to discussing the contract with the mseb and GoM, but the outstanding bills have to paid first.

CAN WE SCRAP THE DEAL? No. A number of countries across the world have cancelled deals they signed with private power suppliers, but India may not have that route open to it. The experiences of various third world countries with independent power producers (ipps) make fascinating reading. Croatia cancelled its contract with Enron when a secret video recording showed the Croatian president agreeing to the deal because he hoped it would, among other things, get him a trip to the White House. In Indonesia, where ipps bribed (or, as they claim, were extorted by) the friends and family of Suharto, state electricity company pln has to switch off its own cheaper capacity to meet the guarantees. pln calculates it'll owe nearly $1 billion a year to just two ipps. It is renegotiating the contracts. In the Philippines, the state utility Napocor, caught in an mseb-like situation, has been taking foreign loans to pay the bills. Napocor is re-discussing terms with 32 suppliers. The government has vowed not to renew the contracts. In 1999, the Hungarian parliament declared the contract with rwe unconstitutional and void. The state utility mvm has decided not to sign any more deals.

But India is locked into the Enron deal. The bjp-Shiv Sena government in Maharashtra filed a suit in 1995 against the previous Congress government saying that the deal was not in public interest and was "effectuated and conceived in fraud", so the agreement was void. However, within three months, the government backtracked and set out to renegotiate the contract. All clauses condemned earlier stayed. In effect, the state government admitted that it made a mistake in understanding the contract that was, in fact, good enough. So, today, no court in the world will buy the argument that the same deal is, once again, anti-people and hence should be scrapped. This deal cannot be scrapped. It can, however, possibly be renegotiated.

SOLUTIONS ANYONE?Local experts feel that Enron was not completely a bad idea though the deal needs modification. Economist Kirit Parikh feels that all the savings the dpc obtained from the financial closure of Phase II because of lower interest rates should be passed on to the mseb and capacity charges should be reduced. In addition, possibilities of restructuring the debt could be explored. Dr R.K. Pachauri, director, teri, says that certain reforms should have preceded Enron's entry like the setting up of a competent independent regulatory body, the realisation of dues from defaulters and correction of imbalance between the base and peak load. The state government has set up a committee to throw up solutions.

One prominent idea is that the state trade in the surplus dpc electricity so that the mseb can save paying penalties. But who will buy power at Enron's prices? Anyway, most state electricity boards are already close to bankruptcy due to inefficiency and politically-motivated free power.

CAN PHASE II BE SCRAPPED? Every suggestion indicates that the only way to salvage the situation is to review it severely. dpc has agreed to the review and Enron India's managing director K. Wade Cline has stated that Enron is open to "discussing ways to lessen the impact of fuel costs on the price of electricity". But another option, which Enron definitely would hate, may be to try to scrap Phase II of the project. There may be legally tenable reasons to do so. The Central Electricity Authority unequivocally directed that Phase II should not be constructed till all the power from Phase I is absorbed within Maharashtra. Yet dpc has been building Phase II rapidly and it should go on-stream by the end of this year.

There's no easy way out of this mess. And decisions must be taken with a 20-year perspective, for that is the period of the contract. There is also a crying need to restructure the entire power tariff structure. The mseb's much-subsidised power disbursement to sectors like agriculture—including totally undeserving but politically powerful rich farmers—cannot support such bills. Of the mseb's 1.3 crore consumers, a whopping 1.18 crore pay subsidised rates. Whether the mseb buys power for Rs 1.50 or Rs 12, it will still supply it to agriculture at Rs 0.42. And the mseb hasn't been able to collect outstanding dues amounting to nearly Rs 5,000 crore because of political pressure from successive governments. All this must change. One can only hope that the Enron crisis could serve as a trigger.

Last week, US magazine Business Week reported that Enron is willing to sell its dpc stake if the price is right. ceo Jeffrey Skilling is quoted as saying: "We shouldn't be in there building $2 billion power plants." Enron is getting out of this business worldwide. Meanwhile, Maharashtra teeters on the edge of a cliff. It can close its eyes and jump off, or it can start a long tough determined climb down.