The Churmur At The Tip Of My Tongue 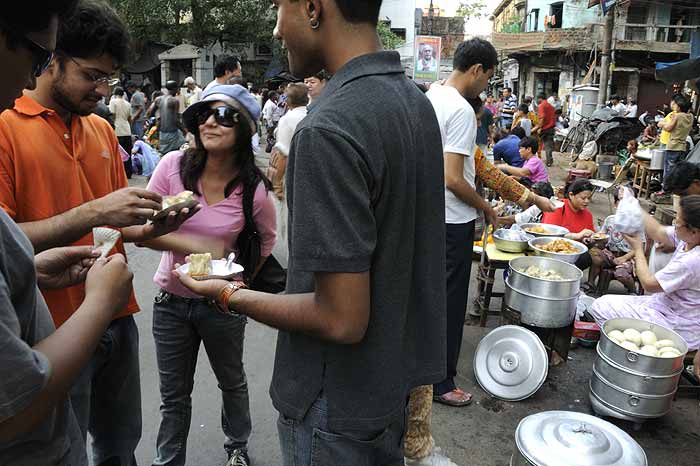 Where I grew up, the dividing line between heroin and bhelpuri was very thin. Both substances were seen as illicit, terminally dangerous, addictive, and fell into the ranks of the strictly verboten.

I never did chase the dragon, because I found bhelpuri first. Like many middle-class Indian children, I’d grown up with dire warnings about street food. It would give you jaundice, cholera, typhoid and worse—incurable acne. The hawkers whose carts displayed tempting chuskis—virulently coloured fruit syrups, piles of ice shavings—and nimbu sodas in those bottles with the marble in the necks secretly added drugs to their wares, just to hook innocent children on the stuff for life. Anything with ice was easily disposed of—according to urban legend, kulfis, chuskis and any ice cream not from a Kwality cart was made of ice sourced from the morgue. Bhelpuri, golgappas, aaloo tikkis, paranthas, chaat were made with contaminated ingredients—and, people hinted, all sorts of bodily fluids made their way into those innocuous leaf plates. Momos and kababs peddled on the streets? They were made of dog meat, we were told, and this conjured up visions of insane momo makers armed with cleavers, sneaking up on poor Tommy or Raja.