The Choice Is Yours

The days of the state manipulating consumer behaviour are over 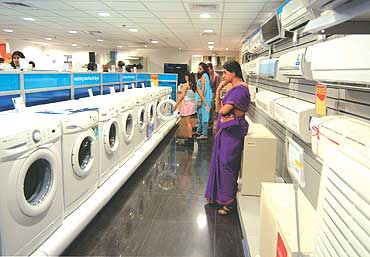 outlookindia.com
-0001-11-30T00:00:00+0553
In presenting Budget 2008, finance minister P. Chidambaram implicitly acknowledged that consumers in India have sufficiently matured to make their own choice. Most of the tinkering with levies and taxes on individual items disappeared from the budget speech this time round. Of course, the usual suspects such as cigarettes still found mention, but the list is much shorter. In fact, many of them were included because some aberration or unnecessary complexity in their taxation structure needed to be fixed. Controlling consumption dynamics by influencing prices did not appear to be the main objective.

The minister has, instead, focused on leaving more money in the hands of the consumer and letting him choose what to buy. To that end, personal income tax slabs have been altered. The annual exemption limit for tax has been increased from Rs 1.10 to Rs 1.50 lakh. Hence, those earning between Rs 1.50 and Rs 3 lakh will now pay tax at 10 per cent, Rs 3-5 lakh at 20 per cent, and Rs 5 lakh-plus at 30 per cent. Earlier, 30 per cent of income above Rs 2.50 lakh was to be paid as tax. So, compared to about Rs 1 lakh that one paid on taxable income of Rs 5 lakh earlier, he will now have to pay about Rs 60,000. In other words, he has Rs 40,000 more per year for consumption.

This is Chidambaram's last budget before the term ends for the present upa government. In general, therefore, it was expected to contain a fair number of populist measures. Except for a loan waiver to small farmers that will cost the government Rs 60,000 crore, there have been few worth the mention.

However, some indirect measures. The first is to try to improve credit off-take, mainly in the priority sector, which could give a push to consumption. This includes Rs 8,200 crore that has been earmarked to create refinance funds with NABARD, SIDBI and the National Housing Bank. The minister has also taken a somewhat direct step to give manufacturing a boost by reducing the general CENVAT rate on all goods from 16 to 14 per cent. Since this will apply across the board, manufacturers can choose to pass on the benefit to the consumers through lower prices or retain it themselves to improve margins. However, given the level of competition in the market, it is likely to translate into a lowering of prices.

Over the last year, because of the tightening of credit, a number of consumption goods sectors, such as automobiles, where sales depend to a great extent on the availability of financing options, have taken a hit. However, with the indirect employment created by this sector, it is now acknowledged as an industry that drives growth. The budget, therefore, has reduced excise on buses and bus chassis, small cars, three-wheelers and two-wheelers from 16 to 12 per cent. It has also reduced the excise on hybrid cars from 24 to 14 per cent. That should allow car manufacturers to reduce prices by 2 to 3 per cent.

Drugs and pharmaceuticals is another area where consumers are likely to benefit. Excise duty on all goods has been halved from 16 to 8 per cent. Further, for certain life-saving drugs, customs duty has been reduced from 10 to 5 per cent and excise and countervailing duty waived entirely. Anti-aids drug Atazanavir, too, has been totally exempted from excise duty. For sterile dressing pads, the excise rate has been halved to 8 per cent.

Meanwhile, the excise duty on packaged software has been increased to 12 per cent from 8 per cent to bring it in line with customised software, which attracts a service tax of 12 per cent. Sure, the price will be slightly bumped up, but given the overall price of software, it should not be too much of a pinch. Cement is one item that has featured in two successive budgets. This year's proposal is fairly innocuous though. It equates excise rates for bulk and packaged cement. So, irrespective of whether you're developing a township or building a room on your terrace, you will pay the same price for cement.

The budget also earmarks funds for three areas—education, health and agriculture. But it is unlikely that we will witness any immediate impact of these measures which are likely to become perceptible only in the long term, in terms of both price and supply. In a way, this budget sticks to the trend over the last few years, where there is a clear roadmap and few changes at the level of individual products. Besides, since the government has finally started treating citizens like grown-ups, and India has seen the benefits of a competitive economy over a controlled one, expect the end of micromanagement of consumption through taxes and levies in the future.

Law Of The Jingle