The Cho Must Go On

When she does seek an alternative opinion, the puratchi thalaivi turns to Thuglak editor 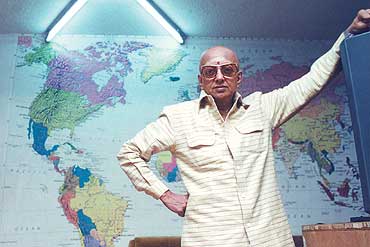 AIADMK supremo J. Jayalalitha is that rarity—a Brahmin presiding over a Dravidian party. Ever since she inherited the party from her mentor, MGR, she has shown great political acumen. She is her own political strategist and rarely consults anyone. But when she does these days, she turns to journalist, lawyer, actor and editor of the Tamil satirical fortnightly magazine, Thuglak, Cho S. Ramaswamy.

Ramaswamy, a conservative Brahmin, a critic of reservation in a state where one does so at one’s own peril, acts as a sounding board occasionally for Jayalalitha. Indeed, the media takes notice every time he visits her Poes Garden residence. Most recently, while making a speech on Thuglak Founding Day, he urged people to vote for the AIADMK to release Tamil Nadu from "the clutches of the DMK". A day later, he called on the AIADMK leader, leading the media to speculate that the two had discussed her party’s electoral strategy and choice of allies.