A year on, the bluff has been called on the stated objectivesof demonetisation, especially tackling black money. A few grains of positives cannot stand up to the wrecking ball it took to the Indian economy. 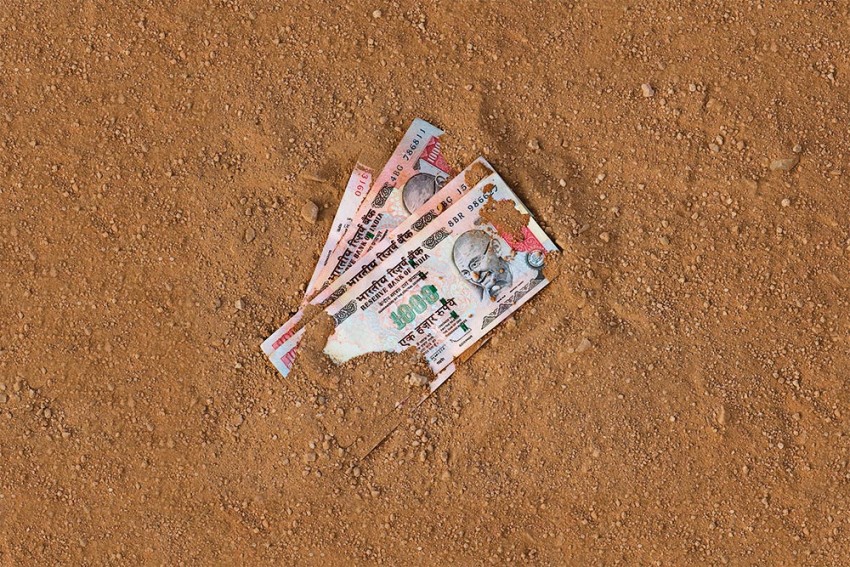 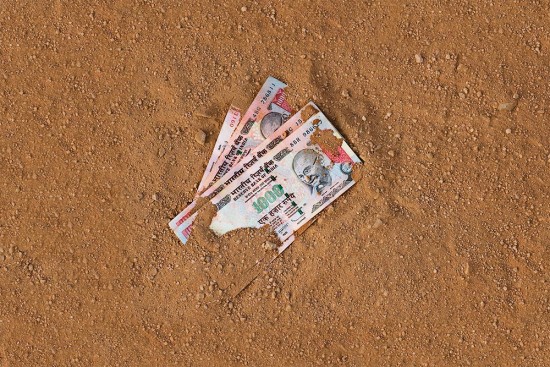 It has been copping much of the blame for the maladies afflicting the Indian economy, and it is at the faultline of all economic debates. In many ways, November 8, 2016 would go down as a watershed day for the economy. In one stroke, the government had launched a demonetisation of large denomination currency notes of Rs 500 and 1,000 in a bid to counter black money, counterfeit notes and funding of terror.

One year later, a cross section of the economy is still smarting from the sharp blows of that exercise: the GDP is severely hit, the manufacturing sector significantly affected and small and medium sectors worst hit. Whether demonetisation would achieve its objectives was a pertinent question from the earliest days; now, with the tenebrous air about the economy, they have gained a picquancy.

Economists and monetary experts have criticised the move as being unplanned and badly executed, as people across India had to endure months-long hardships—serpentine queues for withdrawing cash, sometimes lasting for days, were the norm, as remonetisation was slow and grossly inadequate to meet needs. After a year, those pains linger on obstinately.

With SMEs hit badly, jobs lost, agricultural output slated to fall, the government’s assumption that demonetisation would not affect the economy was wrong.

Experts say that much of the reasons for the falling GDP growth for six consecutive quarters can be att­ributed to demonetisation, with crippling effects on cash-based economic activity that remains partially paralysed. Then also, economic activity like discretionary buying was postponed, resulting in loss of business.

Assessed in different times, as GDP numbers for 2016-17 as well as for the first quarter of 2017-18 show, there is a marked adverse impact on GDP growth, largely due to a broad-based deceleration in aggregate demand in both the industrial and the services sector.

As the unorganised segment in the services sector is bigger, the negative impact is larger there (without the government sector). The informal sector, comprising nearly one-third of the economy and heavily cash-based, is severely affected, and the future may portend a drop in emp­loyment and loss of person-days. The deleterious impact is further aggravated due to implementation issues in the GST. Ajit Ranade, economist, AV Birla Group, says, “It was a drastic reset to public cynicism about corruption. It was unthinkable that 86 per cent of the currency could be made illegal overnight. It was an unthinkably bold move. It was like a jolt to the economy.” Ranade feels it is difficult to judge if demonetisation was a success or not, as there was no pre-defined metric to judge its success, as it was basically a political decision, not an economic one. Yet, he says it didn’t measure up to its avowed metrics: a) fighting corruption; b) curbing counterfeit currency; c) fighting terror-­funding; d) improving digital payments; e) widening the tax net.

The jobs lost in the informal and agricu­ltural economy, where transactions are mostly in cash, did not come back, just like business lost by units like restaurants were not recovered, says Ranade. “Then, the government had to bear a significant cost of demonetisation. Dividend paid by the RBI to the Central government was just about Rs 30,000 crore, as against Rs 60-65,000 crore last year,” he says.

Let us look at what happened imme­diately after demonetisation. Quarterly GDP growth saw a deterioration since the third quarter of FY17 and reached a three-year low of 5.7 per cent in first quarter of FY18. Demonetisation has to bear the blame for this steep fall in the last three quarters. Also, agricultural output this year is expected to be lower. Under the currency ban shock, factory output or IIP growth declined to 2.6 per cent in Dece­mber 2016, from 5.7 per cent in November 2016. Finally, bank credit growth sharply declined shortly after the fateful deed.

Not just experts, the World Bank too has said that demonetisation and GST affe­cted India’s GDP growth. While it pegs GDP growth at about 7 per cent in 2017, the IMF estimates it to be a lower 6.7 per cent.

With widespread consensus that dem­onetisation did not achieve its stated objectives, there have been spirited debates on its causes and effects.

Arun Kumar, an authority on black money, says demonetisation did not tac­kle black economy, as cash accounts for only 1 per cent of black wealth while the rest of it is in gold, land and hawala transactions. In 2016, black income generation was of Rs 93 lakh crore, including in cash, while black wea­lth generation for that year would be about Rs 300-400 lakh crore, mostly in gold, land and hawala. “With 99 per cent of the cash coming back to the system, you have affected just 0.0001 per cent of black wealth in the country,” he says.

According to RBI, 99 per cent of the Rs 15.44 lakh crore of currency has been dep­osited. So, only one per cent, or Rs 15,000 crore is left. Of this, Rs 8,000 crore was with corporate banks, which leaves just Rs 7,000 crore. “In effect, dem­onetisation of black money has not taken place with demonetisation,” says Kumar.

Ranade agrees. “Black money has two components—stock, which is in the form of gold, land and non-cash forms; and flow, which is cash. Through dem­onetisation, only the flow part of black money has been attacked.”

Says Abheek Barua, economist with HDFC Bank, “There was expectation that black money would not come back and RBI’s liability would be red­uced. It would have happened if a lower percentage of the notes came back. The assumption that the economy would be unaffected by the monetary shock was wrong...the government was wrong on that. The refuelling process has its own problems and notes took longer to get back into the system.”

Experts are still trying to figure out the reasons of such a drastic, hasty and ill-prepared step. The two gains are a wider tax base and a better digital payments system.

Kumar contests the GDP figures given out by the government. “The unorganised sector, which is 45 per cent of the GDP, took a 50 per cent hit because of demonetisation. Surveys by SBI and PHDCCI show the blow was more, at 60-80 per cent. This leads to a -20 per cent rate of growth. With the organised sector growing by five per cent the net growth would still be negative in November-December 2016. So, for the entire year, growth should have been zero per cent, as against the 7 per cent being stated. Even though note shortage has declined, there would be a long-term slowdown of the economy and growth should be about 0-1 per cent only, as post June, GST had also started affecting the economy.”

Demonetisation touches a raw nerve within the industry too. Anil Khaitan, president of PHD Chamber of Commerce and Industry, which has several small and med­ium enterprises (SMEs) as its members, says, “Demonetisation was a good step but wrongly done. When you demonetise currency, you should have 1.5 times the stock of alternative currency. We did not have that. Apart from the UP elections, there was no benefit of demonetisation. But small and medium industry was badly hit as they operated in cash. Such firms have not been able to recover losses and thousands of SSI units had to close down.”

Barua echoes this. “The problem is with the unorganised and SME sector, a large part of which operated in cash. But there was operational unpreparedness  and little clarity of communication on the government’s part. The RBI kept mum as all the instructions and communication came from New Delhi.”

Ranen Banerjee, partner, PwC India, agrees: “The spillover impact of DeMo is more in the urban informal and construction sector. In turn, slowdown in urban and informal economy has had some imp­act on the rural economy.”

Experts are still trying to figure out why the government took such a massive step, then executed it in a hurry. Eco­nomist N.R. Bhanumurthy says, “Even after a year, the main reasons behind such a drastic step still appear ambiguous. Firstly, this should have not happened as it dealt a huge shock to a relatively stable and fast-growing economy. One could not rule out political economy considerations behind this shock. And preparedness was sorely lacking. The RBI, the only authorised institution to deal with currency, was kept out of the decision-making process. While the purpose was to reduce black money, introduction of Rs 2,000 notes was unconvincing.  Overall, the whole remonetisation process was haphazard.”

While the industry and the economy have been gravely affected, there is a definite, adve­rse impact on money supply. “RBI data shows that although most demonetised currency is exchanged, there is a decline of nearly 15 per cent of money supply (res­erve money) even after over 99 per cent of old currency is remonetised. This should have led to increase in velocity of circulation of money, as well as money multiplier. As money is neutral, decline in reserve money should have contributed to reduction in inflation until August,” says Bhanumurthy.

What are the positives, if any, then? The gain from demonetisation is that we now have a potentially wider tax base and a better digital payments system. But does it set off the monstrous hash that was the whole exercise, leading to hardship, une­mployment, even pitiable deaths, amo­ngst the most vulnerable? The final word on demonetisation is yet to emerge. As the government loudly parrots its piddly gains, hoping to hide its failure to rein in black money, India Inc and the millions who eke out a living bore the burden. Their backs are bent still.