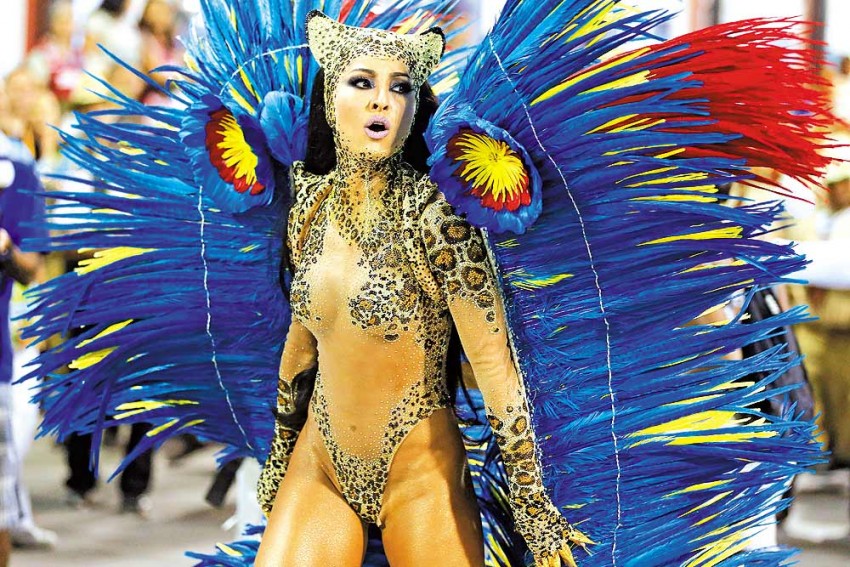 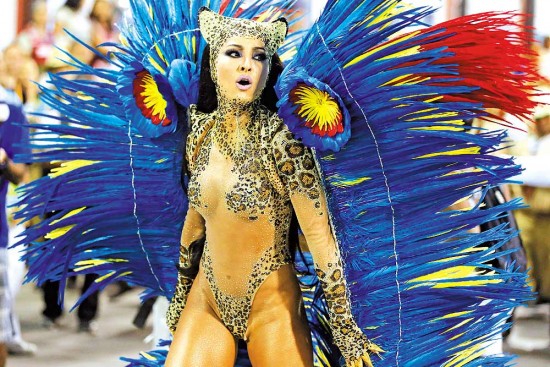 A son of a Scottish engineer living in Brazil is sent to study to England at age nine. When he returns, aged 20, he brings in his suitcase some uniforms, cleats, two balls and a rulebook for this new sport called football. That’s how the sport that would become one of the definers of Brazilian identity arrived in the country. Certainly Charles Miller, the owner of the suitcase, could not have imagined the impact those objects would have on the culture of his adopted country when he landed in Sao Paulo in 1894. In a period of economic liberalisation, with Brazil exporting raw material and tropical products, we imported from Europe a sport that years later would be key to the Brazilian identity. But football and Brazil didn’t become synonymous in one day. It happened over a long period.

The first football match in the country, organised by Miller himself, was played in Sao Paulo in 1895. In the match, the Birmingham Railway Company beat the Sao Paulo Athletic Club 4-2. The winning team, of the firm in which Miller worked, comprised Brazilian and British men who built railroads across the country. In its early years, football was organised and played by the rich. The elite sport slowly became popular in a country still bearing the marks of slavery. As the equipment for football practice was expensive, clubs such as Fluminense in Rio de Janeiro were formed by small elite groups and football was played only in small and restricted circles. However, the middle strata of the population was attracted to the game and they set up their own clubs. They were mostly traders, labourers and the working class in general, fighting for space denied to them in other spheres of life. Clubs of “amateur football”, such as Corinthians and Palmeiras in Sao Paulo, planted the seed that would lead to fusion between people and football and characterise the identity of the sport in the country. Likewise, football transformed itself to become a part of our “national identity”. 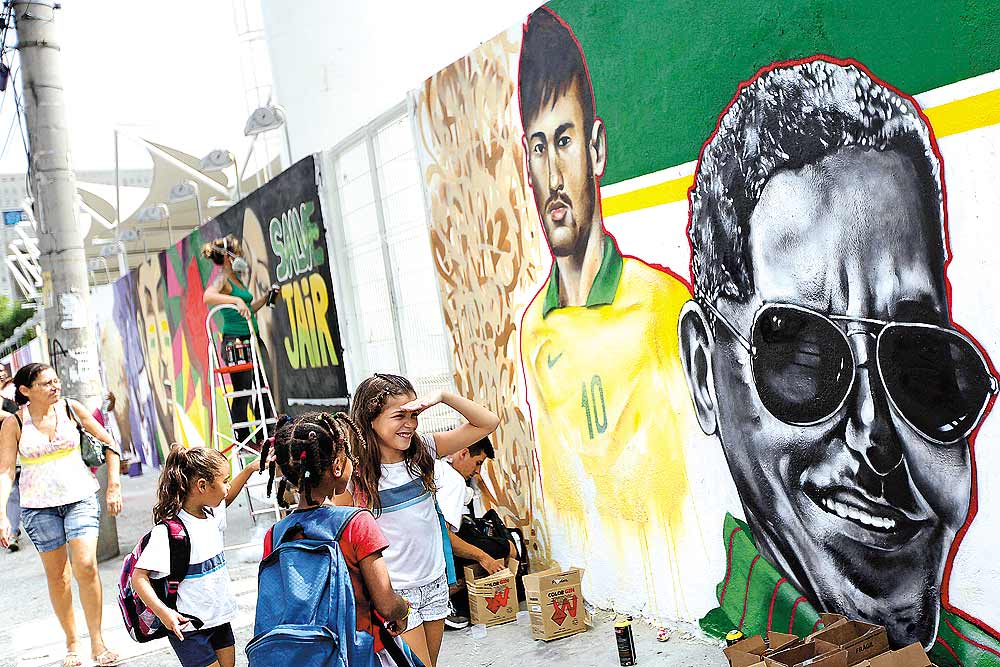 In the terrible living conditions of that period, the poor workers had to be creative to fulfil their basic needs. As they did hard manual labour in factories and later relaxed amid the rhythms and dances, such as Capoeira and Samba, influenced by African dance forms brought by slaves, it all diffused into something that will be later known as the Brazilian way of playing football. It created the Brazilian style of dribbling the ball with body movements, suppleness and speed, as Garrincha immortalised in the World Cups of 1958 and 1962, and also strength, as demonstrated by Pele during his career.

In the beginning, there was a race issue  as well. In Rio de Janeiro, Bangu had to abandon the championship in 1907 because they had a black player. The club would return only to compete in the tournament five years later, with black players. In the 1920s, popular clubs, which would be the first to professionalise, began to be integrated into the already existing elite club leagues. In the 1930s, with the advent of the printing press and radio broadcasts, the sport took a leap of popularity and became the favourite sport of Brazilians. With regional championships organised from north to south Brazil, some clubs started to have millions of followers. This is the case of Flamengo club of Rio de Janeiro, which benefited from the fact that the Rio championship was aired nationwide.

The first national tournament was held only in 1959. The first Brazil Cup was a little competition of only four clubs that brought together the main regional champions each year. The Brazilian Championship as we know it today was created only in 1971, during the military dictatorship. As part of a national integration project carried out by the military regime, 30 stadiums were built between 1972 and 1975. It gave a boost to local football and national championship and the sport became even more popular.

Another factor that played an important role in the transformation of football and it becoming an important part of local culture was the matches between national teams. In a country that rarely had the experience of warlike confrontations (except for the War of the Triple Alliance against Paraguay, which occurred between 1864 and 1870), football served as one of the forms through which Brazilians could demonstrate and exercise their patriotism. After the Second World War, with the 1950 World Cup being held in Brazil, it was the first time, if not the only time, that Brazilian flags were unfurled from the windows, sidewalks were painted with the colours of the Brazilian team and people watched every game as if it was a matter of life and death. 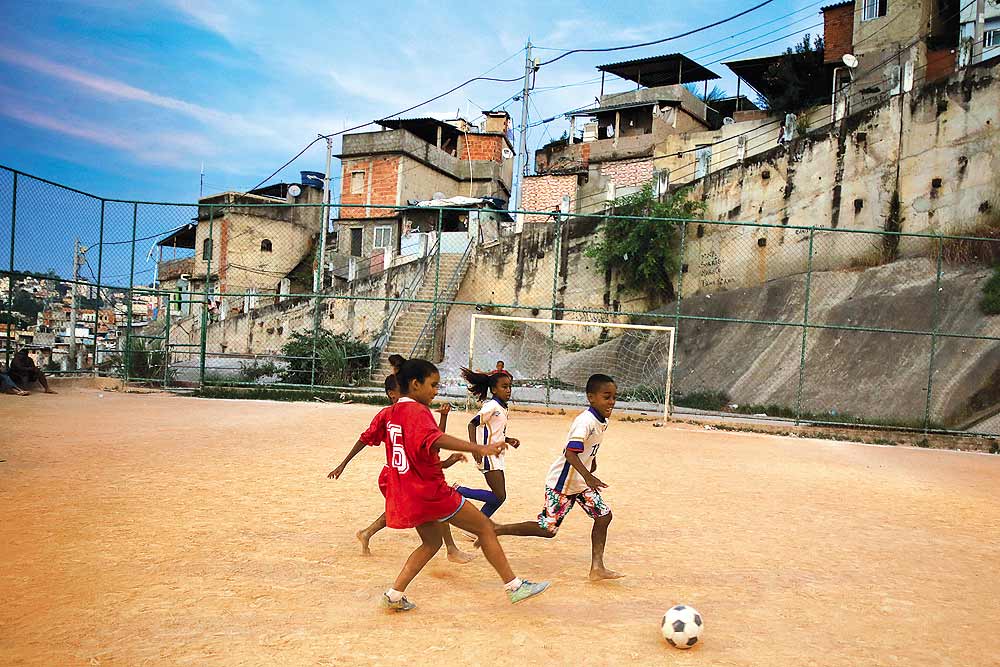 It was after the 1950s that the game started trickling down from elite clubs to shantytowns, like the Sao Carlos slum in Rio de Janeiro.

Almost every Brazilian knows about the trauma we suffered when Brazil lost the World Cup 1950 final played in the country. We all know the generation of Pele and the titles they won in that period (1958, 1962 and 1970). We all lament even till today the defeat in the 1982 World Cup when we had Socrates, Falcao and Zico. And we all are proud of the new crop of great stars like Romario, Ronaldo and Rivaldo, who repositioned the Brazilian national football team back on the path of achievement.

This year, a new page is being written in the relationship between Brazilians and football. For the second time, we will host the world. With the country growing well, the World Cup is just an opportunity to reposition Brazil on the world stage. The country leads the governments in South America that have really transformed the quality of life of their populations. In a presidential election year, the competition is coated with a political character that other countries have experienced at other times in history, such as Argentina in 1978. Victory on the field means the reassertion of a project to successful growth in the country.

In a country that has suffered for so long with huge social differences, contradictions are inevitable, and with it, voices that do not agree with the organisation of the World Cup can also be heard. These forces create conditions inimical to the organisation of the tournament, especially in areas where the opposition parties have influence. The World Cup is in Brazil and regardless of the end result, it will be another remarkable chapter in the relationship between Brazilians and their beloved football.

Cassis is a journalist who covers culture and football. He’s worked at TV Record, one of Brazil’s largest channels.