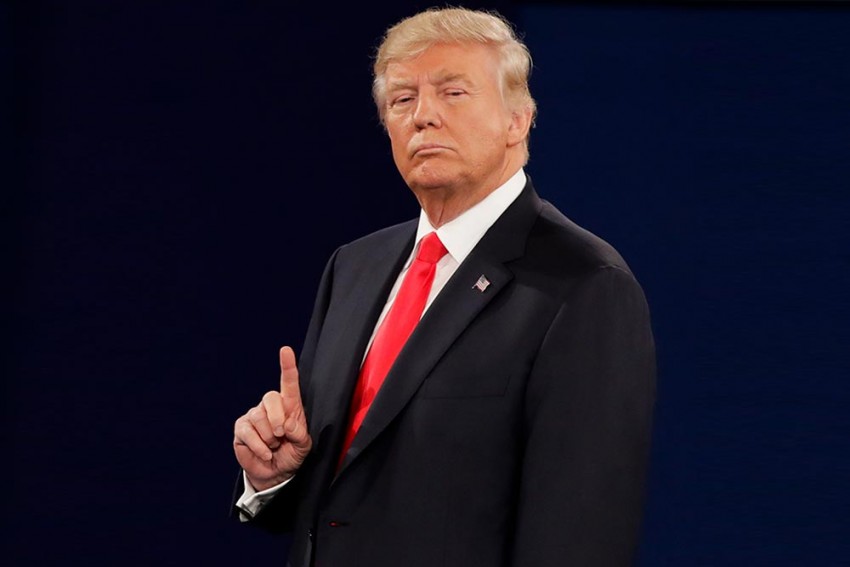 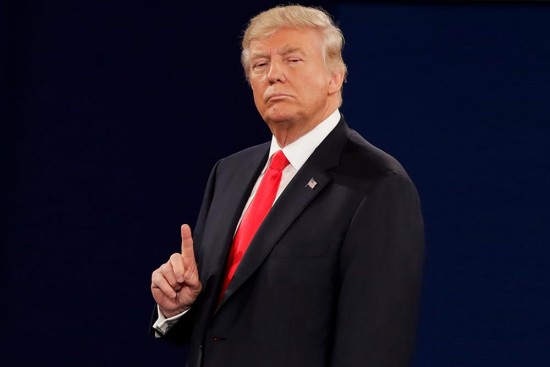 To be outraged by Donald Trump would always seem like work in progress. When you think his remarks or actions cannot outrage you any more, he could always surprise you by outdoing himself with something so outrageous that even the most hardened ones amongst us would run for cover.

“One thing that I’ve learned about the press is that they are always hungry for a good story, and the more sensational, the better....” Trump wrote years ago in his book, The Art of the Deal. He went on to say, “The point is that if you are a little different or a little outrageous, or if you do things that are bold or controversial, the press is going to write about you.” Trump lives by the credo that whatever be the nature of publicity—good, bad or something in between—it is always good for building someone’s image or brand. He believed his personal image defines his brand; he is his brand. Over the past months, Trump had made outrageous and spiteful remarks about Muslims, Hispanics, Blacks, the disabled, women, as well as his political and business rivals.

But the most damaging seems to be the latest revelation of a 10-year old taped interview. In it, Trump is heard laughing and bragging about groping women, discussing daughter Ivanka’s physique, having sex with women when they were menstruating, threesomes and how he checks out of a relationship after a woman turns 35.

If he remained a billionaire-real estate dev­eloper, something that he was for most of his adult life, his remarks and action could have been dismissed or discussed perhaps only in society magazines or gossip columns. But Trump is the Republican Party’s nominee for the 2016 presidential election, due in a few weeks time. Therefore, what he says or does would not only be put under the strictest scrutiny and make headlines in the US, but also far beyond its shores.

For this book, Washington Post deployed reporters, fact-checkers and three editors, allowing them to travel widely.

Interestingly, despite making such controversial remarks, Trump has not only managed to stay in the race, but after a few temporary setbacks and heartburns, always managed to bounce back. But who is Donald J. Trump?

The larger world might have come to know about him only after he joined the crowded stable in the US presidential elections two years back and got prominence on becoming the GOP’s nominee for the election for the next occupant of the White House. But in America, most people knew about him as a successful and controversial develo­per-cum-playboy who built some of the most striking structures in New York and other cities of the United States.

There have been several books—many of them puff-jobs—magazine covers and articles on Trump over the past decades. Some have even tried to investigate Trump’s most shady and controversial deals, including the blatant use of his political and underworld connections. None have managed to look beyond the hyperbole and give a glimpse of the real man and what made him what he is today.

But in Trump Revealed, we get a comprehensive analysis and a detailed account of the man who is far more complex than his statements and remarks reveal. For the book written by Michael Kranish and Marc Fisher, The Washington Post had also deployed 20 reporters, two fact-checkers and three editors, all­owing the journalists to travel to all the cities in the US and other countries in which Trump had left a footprint.

In the twenty chapters in the book, with a prologue and an epilogue, the Post had interviewed several people who had come in contact with Trump from his boyhood to his adult life, those who knew him through his business dealings, his former employees and people who helped him to make his serious foray into the political field.

Trump himself had given a series of interviews to the Post—in all they add up  to over 20 hours—while also making it clear that if he didn’t like the end product, he would not hesitate to denounce it or take action against it.

The book ends with the Republican natio­nal convention in Ohio and naturally leaves untouched the many new, shocking things about Trump that we are waking up to alm­ost every week. But at least it gives us something to go by in knowing the man who could well be the one to lead the most powerful country in the world.

And A Ring In Cambridge