The good news: Anees is in custody. The bad: it's not here, and could take some doing to get him here. Please click here for update 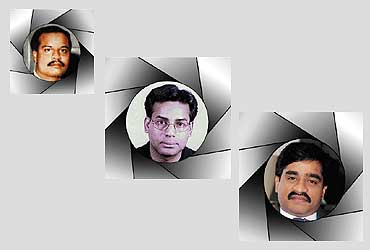 outlookindia.com
-0001-11-30T00:00:00+0553
Could it be third time unlucky for underworld don Anees Ibrahim, brother of India's most wanted criminal, Dawood? He was arrested in Dubai on December 3. But even in the post-September 11 scenario, it is unclear if New Delhi will succeed in bringing Anees back and to book. Anees had been picked up by the UAE authorities in 1996 and then again in 1998 for separate offences. Both times, he managed to elude Indian law enforcement agencies.

Despite their best efforts, both the CBI and the foreign office already face their first obstacle. It is now clear that Anees will have to be tried and serve time for the offences he has committed in the UAE before he can be repatriated to India. Also, he has been travelling on a genuine Pakistani passport this time and complications could arise at a later stage over his nationality. A CBI official told Outlook, "We have little option but to dig our heels in and wait."

For the CBI, all this is a case of deja vu. A virtual rewind to what happened when an enthusiastic team rushed to Lisbon in August to bring back the notorious mafia operator Abu Salem. But the CBI team found itself caught in legal wrangles and had to abandon its mission. Then too, the Portuguese authorities had made it clear that deportation would be considered only after cases pending there went to trial. It is for this reason that the home ministry lost no time in finalising the documentation against Anees and dispatched the CBI's deputy director, A.K. Gupta—who is in charge of interacting with Interpol—post-haste to liaise with the Criminal Investigations Department of the Dubai police. In addition, Indian ambassador K.C. Singh has been in constant touch with the UAE officials.

But despite the Indian government's frenzied initiatives last week to cut through the legal and diplomatic protocol, the UAE authorities stood their ground. While there are over 28 cases registered against Anees in India, including the Mumbai serial blasts, the Dubai police insist he first stand trial for two cases registered in the UAE. The first relates to a counterfeit currency racket in Dubai and the second is a murder case.

"The Dubai police is justified in questioning Anees but we are at the same time ascertaining how wanted he is in the murder case," says CBI director P.C. Sharma. He also says it is legally inadmissible for Indian authorities to see or interview Anees at this stage. The case against Anees is the murder of rival gangster Irfan Goga (a former D Company henchman) in 1998. "Goga's wife had named Anees as a suspect at that time itself but he managed to escape," says a CBI official.

It was after hectic parleys that the UAE on December 11 finally said extradition proceedings against Anees would be initiated only after conviction in the case he is being tried for. Going by conventional wisdom and the seriousness of the charge Anees is being held for, it could take anywhere between six months and a year before a decision on extradition is taken.

Interestingly, Anees' arrest comes nine months after another Dubai-based gangster, Aftab Ansari, was deported to India. Ansari, an accused in the American Center shootout in Calcutta early this year, was deported without much fuss. Soon after, another gangster, Muttapa Rai, was extradited. That may have been because with international pressure coming to bear on the UAE, it was keen to show that it did not harbour members of the underworld.

Though an Interpol red corner notice (A-348/8/1993) was issued against Anees a year before he was first picked up in 1996, he has constantly managed to evade the net. Carrying a reward of Rs 10 lakh on his head, Anees is credited with controlling D Company's finances and the transfer of funds to its operatives through the hawala route.

Just a couple of months before the arrest, the CBI chief had a meeting with the UAE internal security minister during which inputs on the possible movements of Anees were shared. But in the event, despite a 1999 extradition treaty between India and the UAE, there remains a question mark on whether Anees will be handed over to the Indian authorities any time soon.