Home  »  Magazine  »  National  » Time Line »  The British, The Marathas And The Mahars

The British, The Marathas And The Mahars 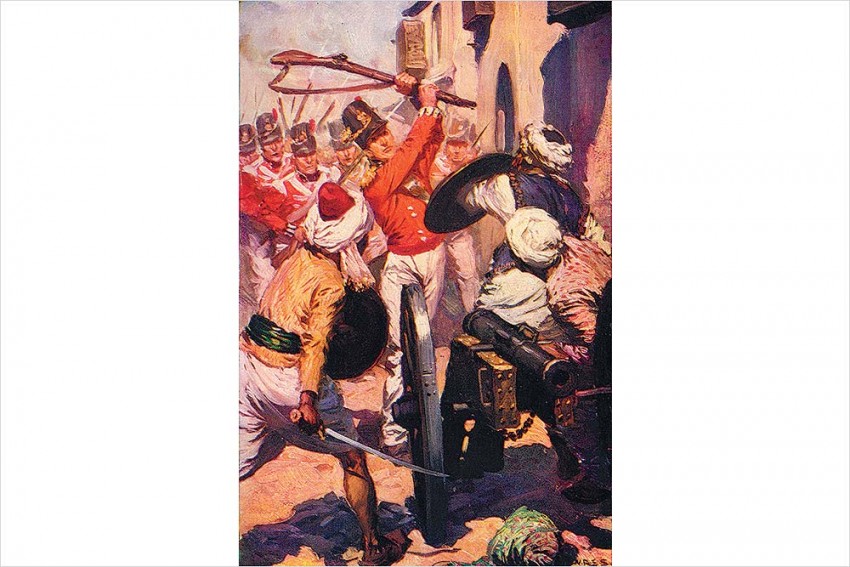 Lieutenant Pattinson during the battle of Koregaon
January 12, 2018 00:00 IST The British, The Marathas And The Mahars 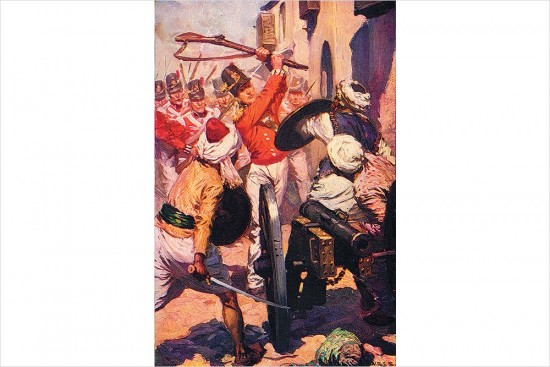 Bombay Native Infantry had Marathas, Muslims, Rajputs, Mahars, Jews and various ­other communities. Their ­major battles were the Siege of Mangalore in 1783-84 and the defeat of Tipu Sultan in the Battle of Srirangapatna in 1799. Maratha power had been ­declining since their defeat by Ahmadshah Abdali at the 3rd Battle of Panipat in 1761. The last nail was ­driven in at the Battle of Assaye in 1803, where the British Army under Arthur Wellesley routed the ­Marathas. By 1818, Peshwa Baji Rao II was on the run.

Led by Capt. Francis F. Staunton. Totalling 850 men. 8 British officers, 500 rank and file of Marathas, Muslims, Mahars, Rajputs, Jews and other European mercenaries, 300 irregular cavalry, and gunners from the Madras Artillery to man the 2 six-pounder guns. The Peshwa’s Army of 25,000 (only about 1,800 saw action that day) was made up mostly of Arab mercenaries. The rest were Marathas and Gosains.

The British lost 3 officers and 50 men. It was at best a skirmish and not a great battle like Srirangapatna. Two battalions of the Bombay army took part in  expedition that ­frustrated French aspirations in Egypt, seeing a lot of ­action. Granted award of the Sphinx. This safeguarded the British interest in India. Like the Mahars in the Bombay army, Dalits (Pariahs) were part of the  Madras Regiment, which was more ­secular than the Bengal Regiment, where upper-caste Indians resented fighting alongside the lower castes. The highest rank open to Indians was that of viceroy’s commissioned officer (a ­modern JCO), and that too by ­promotions. There was no direct commission. The British Indian Army came under direct control of the Crown in 1858. In 1892, Mahars were classified as ‘non-martial’ and proscribed from the viceroy’s commission along with many south Indian groups. Did not see active service during the war. After the war it was merged with 71st Punjabis in 1922. Ambedkar with the Mahar Regiment

Ambedkar, son of a subedar, campaigned for formation of a Mahar Regiment. Made the Koregaon Memorial a symbol of Dalit pride and valour. WWII broke out and the British started recruiting Mahars. In 1941 Ambedkar joined Viceroy’s Defence Advisory Committee. A regiment was authorised and 1st Battalion raised, drawing Mahars serving in 11th and 12th Bns, Mahratta Light Infantry. The badge included the obelisk at Koregaon with a ribbon scroll carrying the word ’Mahar’. None of them saw active service.

During partition, the Mahars remained part of the Indian Army

The Bid For A Return Ticket