The Boss I Knew

Mr. Mehta wore a mask and appeared to be someone he was not. 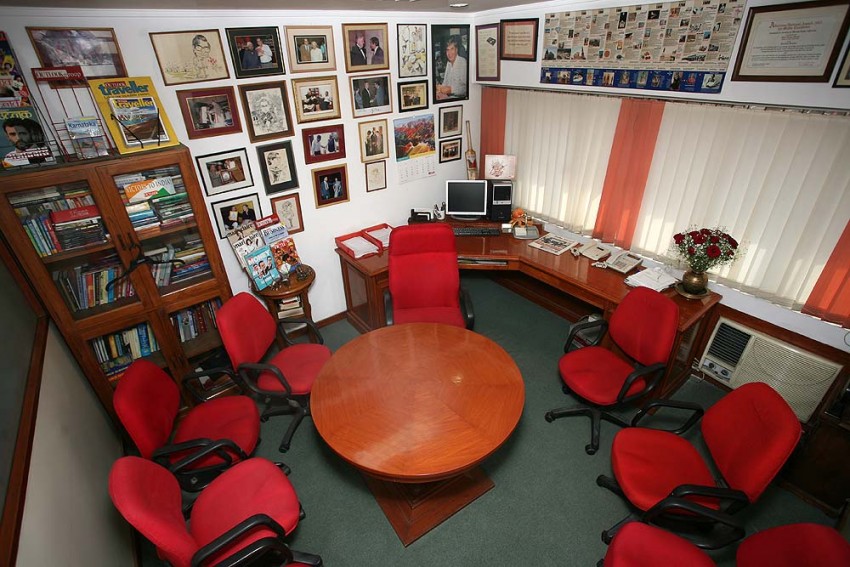 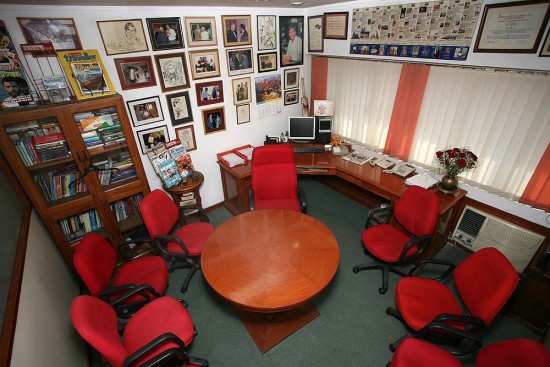 My long and cherished association with Mr Mehta began some 24 years ago. After coming to Delhi in search of a job in 1990 and after a few short, insignificant stints, I accidentally landed up at the office of the Editor-in-Chief of the Pioneer newspaper at Link House. I moved with him to Outlook in 1995 when it was launched.

Mr Vinod Mehta was very different, something that struck me early. He wore a mask and appeared to be someone he was not. In the office he would pick his nose and would not bolt the washroom door, but if he was in the company of dignitaries, he would behave like a different man. When Ajay Maken came calling, he served him a cup of coffee with cookies, but if an RSS member came calling, he would switch to tea with samosa.

Mr Mehta understood management practices and implemented them in his own way. He always got the ‘product’ right. He always hired the best of talent, that too at below market rates. Attrition rates were way below the market trend. He brought uniqueness to the product, offering consumers the right mix. He knew his market well and packaged the product to suit it.

Mr Mehta always practised austerity measures as a rule. He doubled up as chief financial offi­cer on the editorial floor. He supervised editorial expenses as his own expense. He did all this wearing that same mask, making it easy for him. He gave the impression that he didn’t know much about money, economics etc, but in fact he was very good with numbers. He understood the economy, business and money better than many business correspondents. He, however, chose to conceal his knowledge on many such matters.

He was of the view that journalists on assignments were on work and not on holiday, and advance was sanctioned on the basis of that premise. Early in 1996, when Ishan Joshi and Prashant Panjiar were travelling to the poorest place in India (Rayagada in Orissa), Mr Mehta sanctioned less than the money requisitioned, saying they won’t even need money for food there.

Outlook always paid its journalists below the market rates. Mr Mehta was of the view that journalists would join for the work and the environment. He conducted only few editorial meetings and all of them were short. In between the patrolling he did on the editorial floors in the office, Mr Mehta spent a lot of time reading newspapers. After reading the morning newspapers at home, he would finish the outstation newspapers like Tribune, the Calcutta Telegraph etc in the office. Afternoons were devoted to the foreign newspapers like the Guardian, the Daily Telegraph, the Times, London, Economist, Time etc. The Economist and the Guardian were often taken home for a detailed read.

His man-management was another art that only he was capable of practising. He maintained one personality in the office, another outside. He dreaded people approaching him with grievances. Demands like salary increase, promotions, transfers etc. were finally routed to me. He gave the impression that money was always in short supply. Mid-term salary revisions were a straight no-no, but at times promotions were considered.

Though he liked his food, he never believed in snacking. He stuck to his meal routine. Anything in between the meals was unwelcome. But during lunch, he ate from different places, including egg curry from Deepak dhaba downstairs, kathi rolls from Nirula’s, burgers and French fries from McDonald’s or sambar-rice and masala dosa from A2B in Green Park. In 1991, we would both eat egg curry and rotis from the dhaba downstairs for lunch. In the past year or so, he would often enquire if we knew any good place for biryani with less oil.

He only used his computer for wire services. He used his mobile phone very rarely in the first decade though he obtained one in the first year of its launch in India. He didn’t even know how to save a number to contacts, or how to send an SMS, forget checking e-mails on the phone. However, all that changed in the past three years. He was committed to acquiring all the basic skills. He wanted to learn all and would practise it in my presence until he was sure of it. Towards the end, he had even owned a Twitter handle and started tweeting himself.

I had never seen him taking leave. He would turn up in office even on all major holidays. We used to work in the second half on Holi. He would remark that Holi was in the first half. We will miss him.