The worst part about public catastrophe is the personal wound... 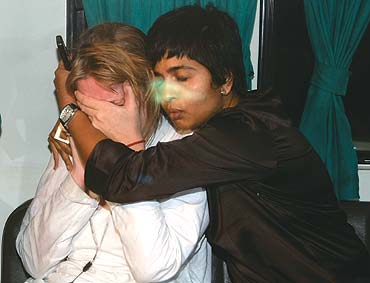 I write before the last ball is bowled in this ghastly one-nighter. But enough has happened. Over a hundred killed and three times that number wounded.

The Taj has filaments of nostalgia for many of us. It’s where the greats of the world lived since 1903—kings and presidents, Nobel winners, writers and thinkers. For me, it’s where Teddy Weatherford, the great jazz pianist, played at the Harbour Bar in the mid-to-late 1930s and where my parents foxtrotted at the weekly tea dances. In the wave of remembrance sweeping over, there are some stony questions. Why us? Who are these attackers and what do they want? What does this mean for the future of our city? The first has a two-part answer: us, because we’re a soft state with security that’s childishly simple to pierce and where foreign ministers accompany terrorist leaders to safe havens; us, because we’re Mumbai, the country’s City of Gold which, once hit, leaves a broken bone in our systems and structures. Our success is also our doom, at least we seem to be getting there.