Radical, relevant and uncensored, zines have a growing niche in India 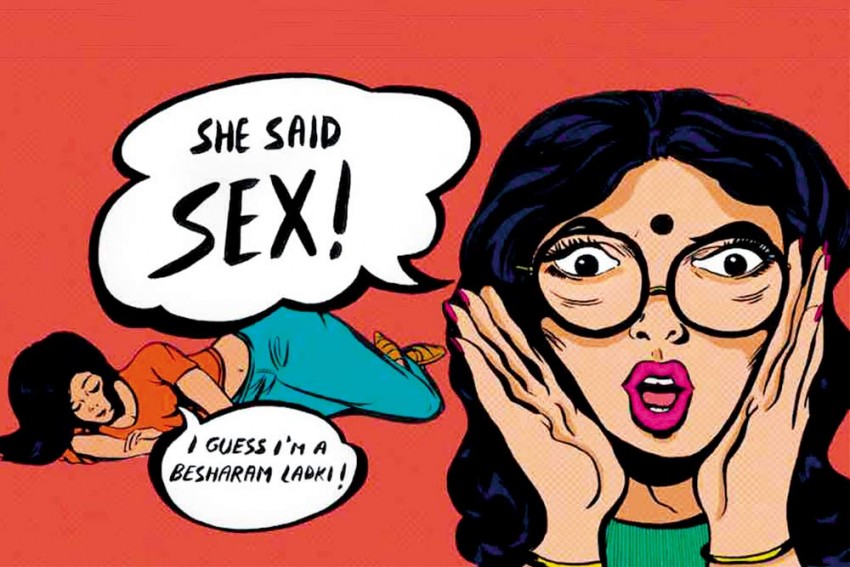 Be it a toenail or the deepest possibilities in this con­troversial universe, you’ll find a zine (pronounced ‘zeen’) about it. Zines are concise, aesthetic periodicals, both print and digital, that cover a variety of themes, from romance to racism, and façades to feminism, through visual and written work. Many are avant-garde vehicles of counter­culture, part of a thread that extends through generations to movements that have either been a suppressed part of society or overshadowed by the prevailing mores. 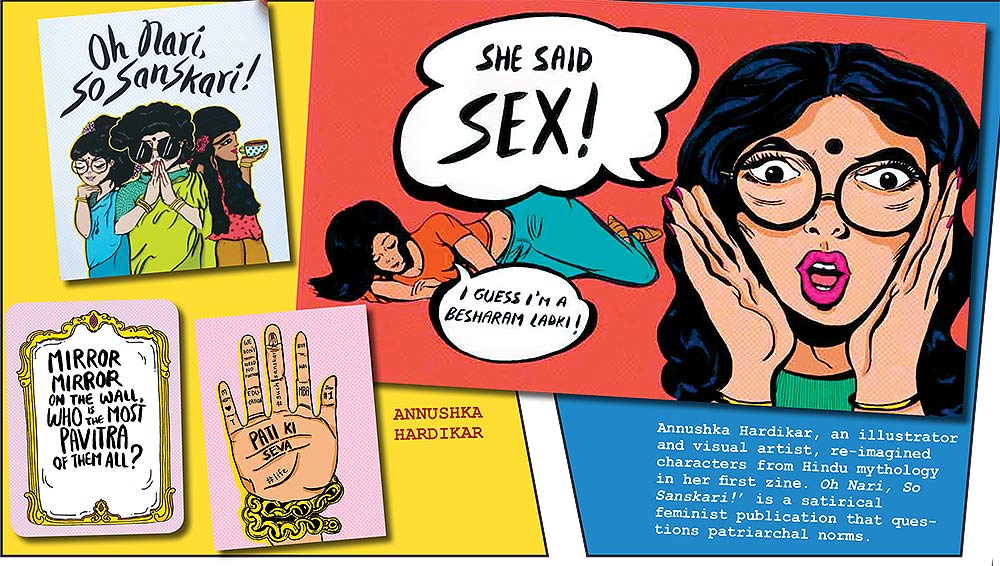 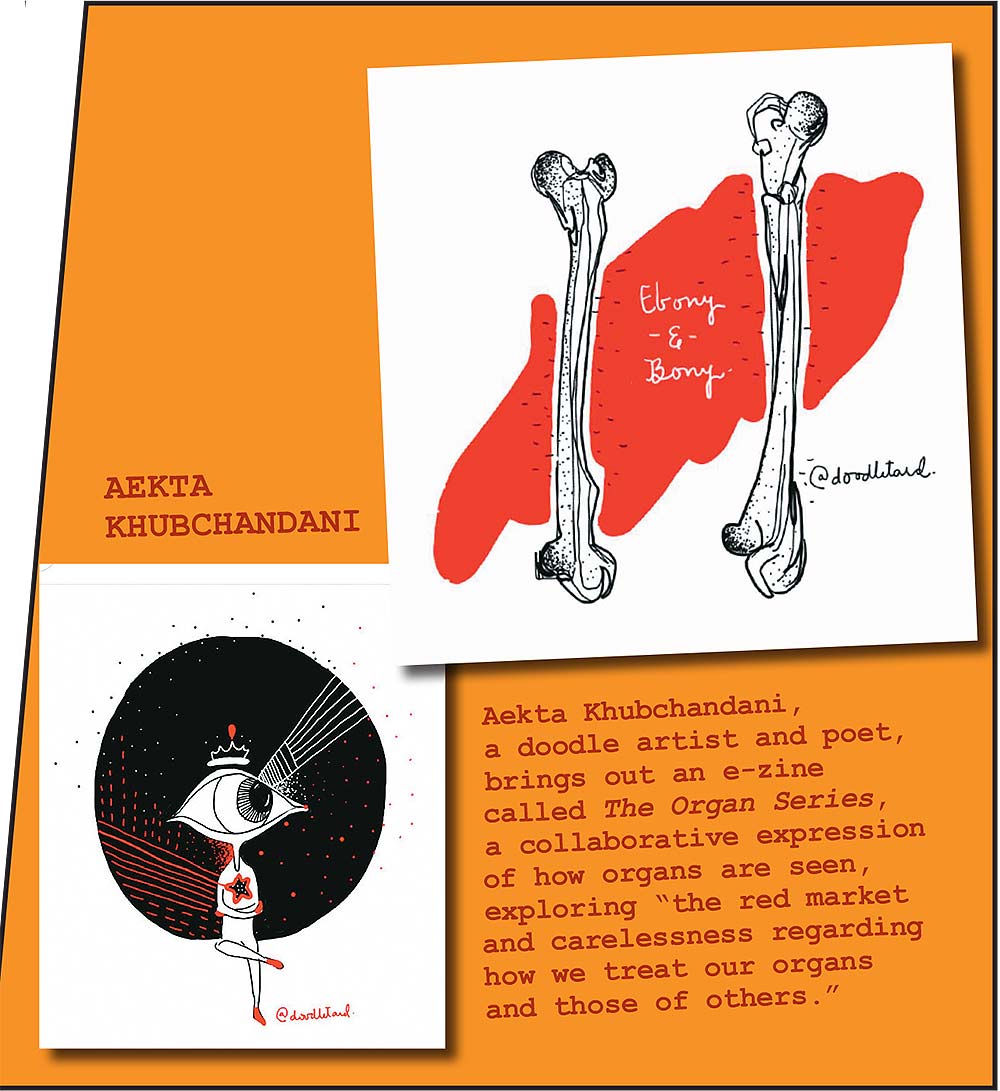 The term ‘fanzine’ was coined nearly 80 years ago as a portmanteau of ‘fan’ and ‘magazine’ to describe fan-made sci-fi publications—later extended to other genres and phenomena—circulated among ent­husiasts through photocopies.  But zines have since evolved to become sources of social change. You have zines for mental health, identity iss­ues, queer zines, raising questions about taboos. They are an example of “Chhota Packet, Bada Dhamaka” because, brief as they are, many zines nowadays zoom in on vital social iss­ues—this is not your ­father’s Star Wars fanzine! Ori­g­i­n­ally a Western phenomenon, they’ve begun to gain currency in India, with popular zine makers eme­­rging in met­ropolises like Mum­bai, Delhi, Bangalore and Pune. A few pioneers are highlighted here. 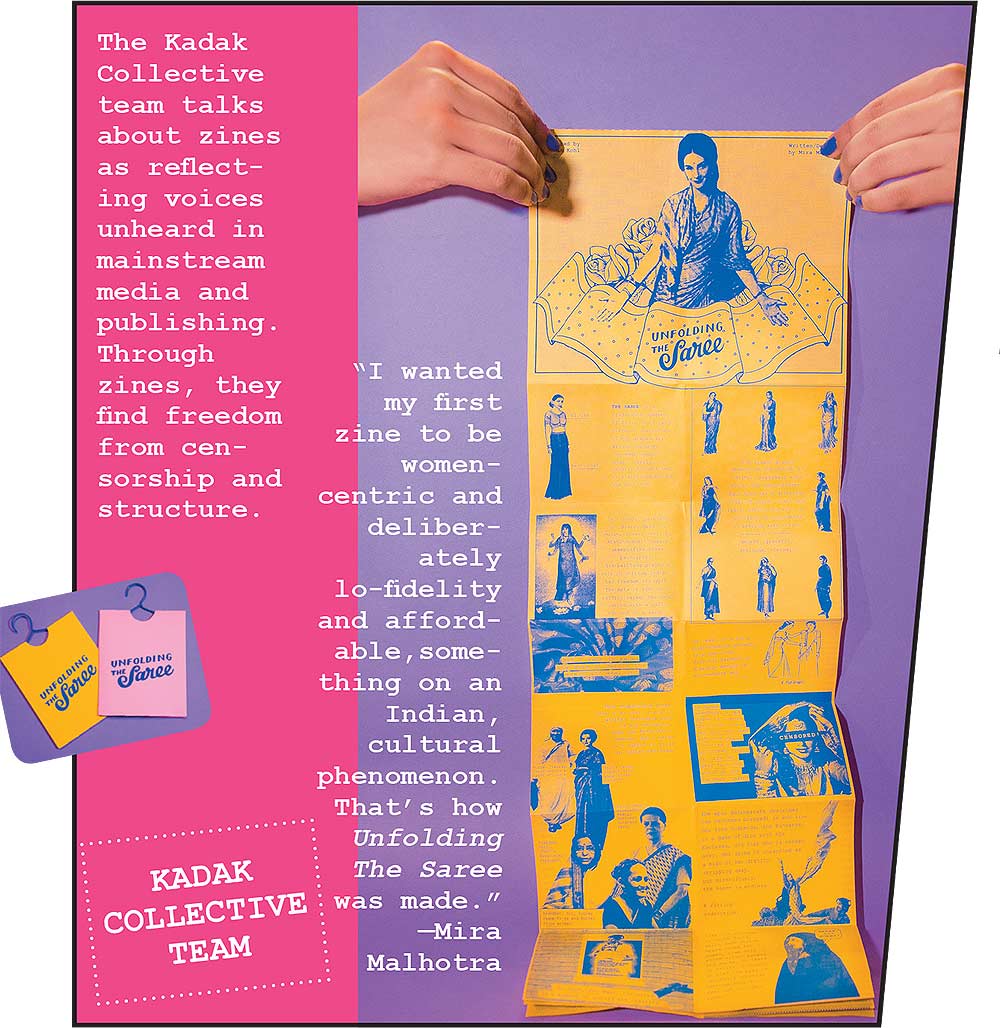 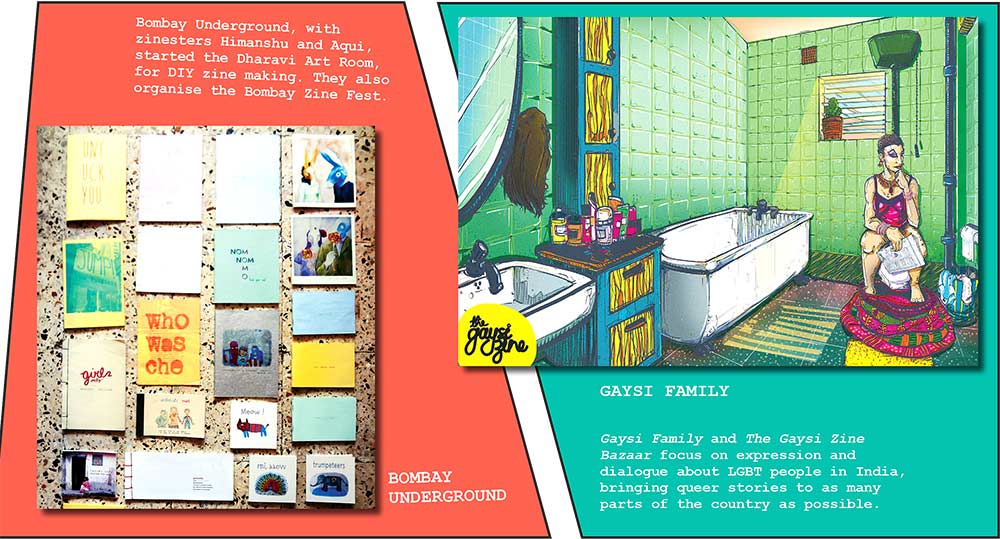 Zines can be drawn, written or digitally made, and are later put into print or distributed online. Cost is no barrier to ­access, as even print zines are easy to make and cheap to publish.

Heart Of The Woods