The oldest job gets a new office: a first-person trawling through India's virtual bordellos that cater to all comers 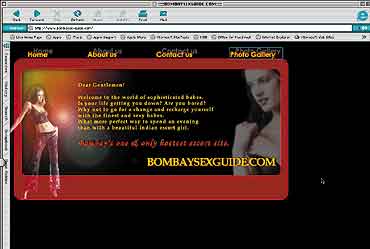 It sounded like regular manager-ish stuff. Every bit like the countless interviews in my eight-and-a-half years as a business journalist. In fact, Sameer did sound every bit like a successful executive, a faint South Indian accent making the claim more credible for someone like me, whose brain has been numbed with business gyaan from tongues originating south of the Vindhyas.

However, this interview was unlike any I had done before. For one, I had introduced myself as Kashyap, a name that belongs to a friend who is a cop in Kerala and might put me behind bars upon reading this. The business that Sameer—who works for www. chamadi.com (chamadi is Hindi for skin)—referred to was the traditional, age-old flesh trade, stock meant girls, and customers were the clients. And the story I was pursuing was about several seemingly-Indian sex websites, like chamadi.com and bombaysexguide.com, which appeared to offer women blatantly, publicly and in a technologically-savvy manner. This seemed surprising since I thought this was illegal, done surreptitiously and away from the glaring eyes of the cops. The truth is that such sites are banned under the Indian Penal Code and Section 67 of the Information Technology Act of 2000. Still, they solicit, survive and thrive.