The Body As The Imperial Dominion 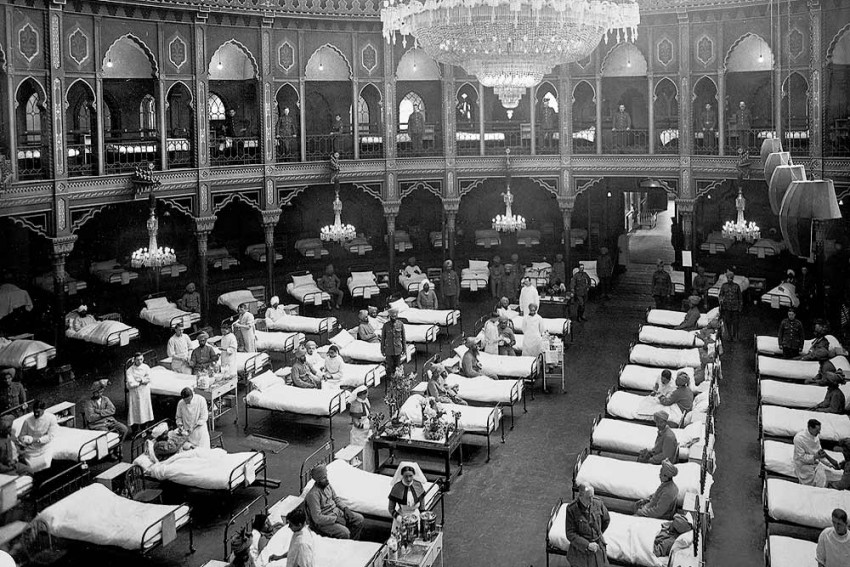 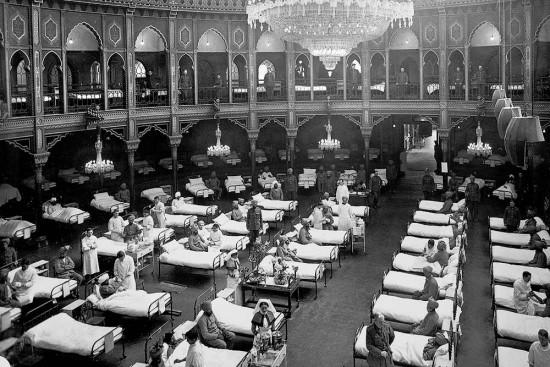 Paul Fussell in his seminal The Great War and Modern Memory talks about ‘apparent universals’ of daily life that commemorate the war still. Such are cigarette smoking (it was only in the War that cigarettes became the greatly favoured way in which people smoked tobacco), the use of wristwatches (originally a trench fad), and the use of paper banknotes, which entirely replaced gold coins. And the playing of God Save The King in theatres, which started in 1914 and continued till the 1970s, must have been the original model for the playing of the national anthem in Indian cinemas.

“If you want any French women, there are plenty here and they are very good looking,” wrote a rather excited young soldier to a friend in the Punjab. He was not alone. From the first deployment of the Indian Expeditionary Force to France in 1914, the Indians proved extremely popular with European ladies and the feeling was often mutual. Their presence in large numbers (some 90,000 Indians were deployed to the theatre), their distinctive appearance and good manners made them a magnet for local women. When these same sepoys were invalided to Britain, as many were for treatment and convalescence, their reception was much the same. In seaside towns along the south coast, where most of the hospitals for Indians were located, convalescent sepoys and their Indian carers were objects of fascination for the English ladies. “Brighton is covered with girls who make a lot of the natives,” wrote a British hospital orderly to his wife in the spring of 1915, adding that, “They are to be seen arm in arm with ward servants and are very fond of coloured people.”

The reaction of the Indians varied. “The women have no modesty,” wrote Surjan Singh, a patient in Brighton’s Kitchener Hospital, “but walk with the men who please them most.” Another patient declared in a letter to his brother, “There are lots of women to be had. They write letters to us to come to their house and have food with them, and that we can get a woman. I am very much confused in mind.” But most had fewer reservations: “I am very happy in this place,” wrote one Sikh patient, with obvious enthusiasm.

All the technologies of control, including the idea of ‘disease’, spun into action as interracial sex threatened the Raj’s izzat.

It goes without saying that the military authorities were not best pleased with this situation. Foremost in their minds was the thought that sexual and even romantic relationships between British women and Indians would dim­inish the izzat—dignity—of the Raj. Sepoys’ letters referring to the ready availability of white women were usually censored and, for the same reasons, female English or European nurses were almost never employed in Indian hospitals in either Britain or France. British commanders and senior politicians knew well that liaisons between Indian soldiers and white women could wreck the carefully constructed mythology of racial distinctiveness.

Ever since the early 19th century, British administrators in India had recognised that their hold on the subcontinent rested not solely, or even largely, on military force, but on what was called ‘The Empire of Opinion’. This was thought to rest, above all, on an impression of moral superiority—of disinterestedness, fairness and purity. It was for this reason that the British were keen to keep undesirable persons out of India and to keep top administrative positions, as far as possible, within the clutches of a small, public-schooled elite. The licentious British soldiery, of course, represented a problem, though one which could be confined largely within cantonments.

But British women, in India at least, were generally beyond the reach of Indian men, for they tended to be of the “better sort”—the wives of officers and administrators, or perhaps pious missionaries. Encountering a white woman who did not fit the constructed image of the self-disciplined, morally upright memsahib was obviously as much a revelation to Indians as much as it was a worry for the British elite.  Most of the women attracted to Indian soldiers in France and Britain were from the working or lower middle classes. They showed little in the way of prejudice towards Indians and their familiarity was clearly unsettling to those further up the social scale. Commanders feared that this familiarity would undermine the sedulously constructed barriers and hierarchies that separated troops drawn from the colonies from white British troops. Moreover, it shook the very foundations of Empire. Would Indians—indeed those on whom the British ultimately depended to police their Empire—ever see the British in the same light again? The mask of racial distinctiveness was slipping forever and drastic action needed to be taken.

The military authorities in Britain and France were now determined to do all that they could to prevent untrammelled liaisons between Indian soldi­ers and European women. In the spring of 1915, the commandant of the Kitch­ener Hospital in Brighton, Colonel Bruce Seton, ordered all Indian hospital staff to remain within the compound. The same was true of patients, with the exception of a few convalescent officers and warrant officers, who were sometimes issued with restricted passes to visit the town. But as Seton readily acknowledged, the confinement of some 600 Indian patients and staff within the hospital area was “no easy matter”. The brick walls had to be supplemented with barbed-wire palings and a police guard was placed around the perimeter. Similar precautions were taken elsewhere in England and, as far as possible, in France.

“They do not let the English or French girls talk to us. The English have become dogs. Our soldiers are oppressed.”

These restrictions were deeply resented by soldiers who had grown accustomed to a measure of freedom. “They do not let us out to the bazaars,” protested one patient to a comrade in the 40th Pathans. “They do not let the French or English girls talk to us, nor do they let us talk to them. The English have become very bad. They have become dogs.  Our Indian soldiers are very much oppressed, but they can do nothing. There is abundance of everything but there is no izzat.” In the Kitchener Hospitals, many patients complained about feeling depressed and miserable as a result of the new regulations, which appear to have been accompanied by a toughening of discipline in the hospital itself. Even trivial breaches—like eating fruit from the hospital garden—were dealt with severely. Seton was becoming something of a martinet and various rumours circulated in all the Indian hospitals about the kind of punitive treatment sometimes administered by British medical staff. It is doubtful whether all of them were true but the disgruntled sepoys were often ready to believe them.

In one notable case, this anger found an outlet in violence. An Indian Sub-Assistant Surgeon, who had been working in a hospital along the coast in Bournemouth, burst into Seton’s office and attempted to shoot him with his revolver. He missed and was subjected to seven years’ rigorous imprisonment.

This was a comparatively light sentence for an attempted murder, but the British had no wish to provoke similar unrest.  Agitation in the Indian army was rising and Indian dignitaries toured the military camps looking for signs of neglect. Quite apart from the immediate disciplinary implications, news of such events was likely to have a detrimental effect on recruitment and on public opinion back in India.

The public image presented by the British was one of benign paternalism. Indian patients received royal visits and some of the best medical care available to troops at that time. Meticulous attention was also paid to diet and other matters of caste and religion. But this mattered little when dignity itself was removed. Indeed, the restrictions imposed upon hospitalised soldiers contributed to a growing sense of despair and disillusionment, which culminated in the suicide of several patients.

Izzat was clearly important to the British too, but sexual relationships between white women and Indian soldiers also raised the more practical issue of disease. The spread of sexually transmitted diseases—then known as ‘venereal diseases’—were a major concern for all armies. The British issued orders at home which clamped down on prostitution but overseas they often resorted to the use of licensed brothels in which prostitutes were inspected and forcibly treated if necessary. Such measures sat rather uneasily with constant exhortations to abstinence or sexual continence. But in the case of the Indian army, there appear to have been no attempts to construct special brothels for their use. One reason is perhaps that Indian soldiers showed less inclination to frequent brothels than their European counterparts. Moreover, to supply them with European women would have compounded the problem of imperial dignity. Instead, most emphasis was placed on preventing Indians from meeting European women of any kind.

One might also expect to see some evidence of concern that Indian soldiers would infect white women. After all, it was often said that the ‘venereal poison’ acquired greater potency as it past from coloured races to whites. But, again, this does not appear to be the case. Official concern lay overwhelmingly with the infection and thus the potential ineffectiveness of soldiers. This was one instance in which presumptions about the dangers of the female body—especially the lower class female body—trumped considerations of race.

Who’s Who Of The War