Our basics are in place. But are we braced for handling uncertainty? 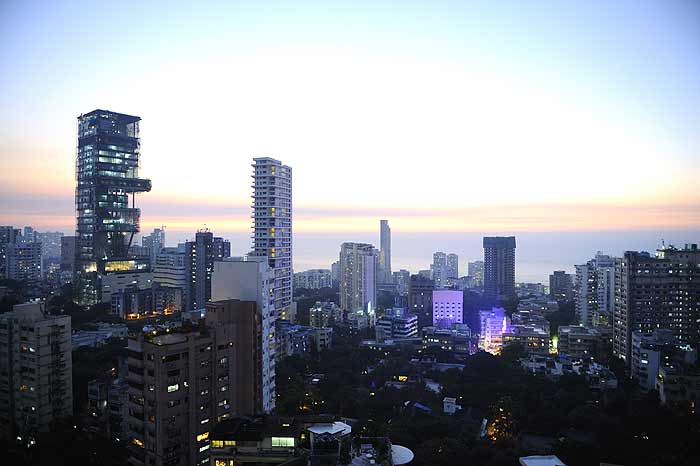 It’s now 20 years—a generational epoch—since the 1991 economic reforms that have helped spur the fastest economic growth in our country’s history, and that have embedded us in an ever-more-complicated world. That 1991 also brought another pivot point, the fall of the Soviet Union, and seemed to signal a profound global switch: the victory of market capitalism and liberal democracy. But 20 years later, the meaning of 1991 looks more blurry.

Authoritarian China controls the world’s most dynamic economy, while the beacon of liberal democracy—the United States—finds its legitimacy chastened and its economic momentum checked, with no clear idea of how to renew that impetus. The neoliberal dream embodied in the ‘Washington Consensus’ has evaporated and, while China increasingly asserts itself as a powerful sovereign actor, the idea that there could emerge an attractive model that is styled around a ‘Beijing Consensus’ seems delusive.

Where, in this transformed, undecided world does India—itself changing profoundly, and ambivalent about its options and desires—stand? How is economic expansion altering our own society—and our place in the world? What is India’s post-liberalisation story, and how does it fit both with our own account of what we wish to be, and with a new global story?

We have now an entire post-1991 generation of adult Indians for whom the ambiguities of coalition politics, a volatile Hindu nationalism and intense caste politics are simply parts of the landscape—as are the market economy, dynamic growth rates, traffic hell and the electronic media. They have been reared in the age of economics. If in the 20th century India’s search was for political freedom, today most Indians are in search of wealth—and power.

Yet, in that search for wealth, it’s worth remembering that economic advantages are not always best achieved by economistic means. Achieving them requires a more complex view of human beings, and of the world, than the dismal science can ever allow. The greatest economists are not the whizkid ‘quants’ trying to model and predict the future in numerical terms. The greatest have been those—Adam Smith, John Maynard Keynes—with insight into human psychology and how the nature of uncertainty itself shapes human actions. Keynes, in 1937, wrote: “We assume that the present is a much more serviceable guide to the future than a candid examination of past experience would show it to have been hitherto. In other words we largely ignore the prospect of future changes about the actual character of which we know nothing.”

As Indians seek now to expand and consolidate the opportunities opened by the reforms of 1991, we need more than ever to think systematically about such uncertainties. Republics that endure and prosper are those that balance optimism about the future with a sense of the threats that may spring.

“India is firmly on the growth expressway,” Goldman Sachs declared a few years ago, but the future is seldom reached by a through-route, nor can we foresee it in an economist’s graph or forecast. And only in the rhetoric of politicians do we reach out to grasp the future—more often, it hits us in the face, from unnoticed angles and with unexpected force. “The paradigmatic moment of political awareness”, the political theorist John Dunn reminds us, is Julius Caesar’s greeting his least-expected assassin, “Et tu Brute?”

It is clear that structurally, the fundamentals are now aligned to sustain India’s economic expansion. The country’s demographics, its levels of savings and investment, and its entrepreneurial talents could indeed enable significant growth to continue for another generation and more.

But the world consists not just of structures and trends—it is made up also of agency, and of actors. And how we cope with our own actions and their unforeseen results, as well as the often unpredictable actions of others, will be decisive for whether India’s economic potential is realised or squandered.

Twenty years on, the most important legacy of 1991 is that it has given us real choices to make, for better or worse. In making those choices—political judgements—two facts are crucial. The first is that we now have a very limited window of opportunity during which to get things right with respect to our productive capacities and competitive abilities—five years at most, perhaps ten. The second is that the decisions we take will have long-term effects, and will set us on paths that will be hard to alter. In that sense, the real turning point in our economic prospects will lie just ahead—and not back in 1991.

One of the most striking transformations since 1991 has been in our psychological outlook. Changes in the material world produced by economic growth—directly or vicariously experienced—have sparked extraordinary optimism about the future. Whether measured by levels of the stockmarket, investment, policy forecasts, it’s an optimism that seems insulated against political uncertainties, terrorism and the corruption that marks so much of what passes for everyday life in India.

Similar optimism pervades popular views. In 2009, when the effects of the financial crisis were cascading across the world, the Pew Global Attitudes group surveyed opinion in G-20 countries and found Indians to be the most positive in their attitudes towards market capitalism. Ninety-one per cent of Indians could describe their economic situation as good; 96 per cent were positive about trade with other countries; and 81 per cent agreed that people were better off in a market economy despite the inequalities. Such survey figures often do demand a dose of salt—but still they indicate the enthusiasm of the new convert, for whom the tests of experience lie ahead.

It used to be said that Indians didn’t bother to pursue wealth because of their belief in karma, a fatalistic determinism that held back economic development. Now, as we hear repeatedly—whether it is from caste groups or from national leaders—that “our turn has come”, there’s equally the danger of an inverted complacency: a deterministic faith in our upward economic surge. There is no way of knowing how history works, but it certainly does not work like a game of musical chairs.

The new optimism that fills young India is undoubtedly a good thing. Economic growth, despite being uneven (in fact, precisely when uneven), does have the initial psychological effect of encouraging hope and optimism. This in turn shapes behaviour. People may become initially less risk-averse, more willing to borrow, to invest—and to believe in the future. But setbacks can have equally powerful reverse effects. Think of Japan: once the paragon of consumerism, today shops there implore people, not very successfully, to buy.