A chopper deal, an ex-IAF chief, another defence scam busts out 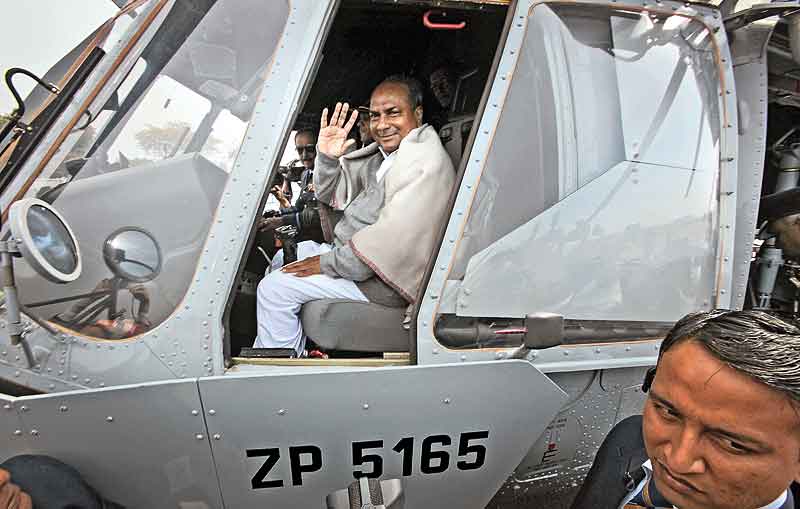 The tale of IAF’s affair with the AgustaWestland chopper, one of which is seen in new James Bond flick, Skyfall.

Carlo: Tell us, you collected the money, where have you kept it?

Haschke: Eh, I collected it, it’s my f***ing business where I have kept it. I didn’t pay anyone.

Carlo: Ok, where have you kept it?

Haschke: I wasted it on ballerinas and champagne. And then…

Carlo: Yes, but 10-15 million euros on ballerinas and champagne…

Haschke: Ballerinas and champa­gne. They anyway have to demonstrate I took it ( the money)…

Carlo:  …the only one who has no risks is Julie…there is really no link because, I mean…cash

Haschke: Exactly, so (the judges) will never be able to prove that corruption was there.

Whispers of an impending scam in the Rs 3,600 crore AgustaWestland chopper deal have been doing the rounds for over a year now. It finally took the arrest of Giuseppe Orsi, chairman and CEO of the Italian defence and aerospace giant Finmeccanica, and three others earlier this month to bring the kickbacks buzz right to the doorstep of former chief of the Indian air force, S.P. Tyagi.

With yet another scam threatening to blow up in the face of the UPA government, the MoD has ordered a CBI probe into the deal, which included pur­chase of 12 swanky helicopters to ferry around top Indian dignitaries. The Enf­orcement Directorate is looking into the money trail—kickbacks allegedly being paid to the ex-air chief through his cousins.

The BJP, elated at another opportunity to embarrass the government, is alr­eady calling it the “Bofors sequel”. Party spokesperson Prakash Javadekar, one of the first to raise the issue in the Rajya Sabha in December, says ironically, “The country which would have benefited from the deal has taken action while the country which lost money has not done anything.” Int­er­estingly, his query then was answered by assurances from def­ence minister A.K. Antony that a probe by the MoD acquisitions wing was under way. But it seems the Italians were a few chopper sorties ahead. Inte­r­es­tingly, this will be the first defence scam where the alleged money trail, the middlemen have all been identified. In fact, they have even confessed their part in offering kickbacks. The Italian connection hasn’t been mis­sed here by the Opposition,  “St Antony” and “Madam Sonia” are sure to have a tough time of it when Parliament reconvenes on February 21.

For now, the delivery of nine helicopters has been put on hold (three of them have already been delivered). And while 30 per cent of the payment has been made, the next inst­alm­ent stays cancelled till the outcome of the CBI probe. Antony has gone on to say that “India can get its money back at this stage” suggesting a very real possibility of the deal being scrapped altogether. The MoD, in damage control mode, has come out with a factsheet detailing how they had written to the company M/s Agusta­Westland, the Indian embassy in Rome and various other authorities in Italy as soon as media reports of an alleged deal started appearing in February ’12. It still doesn’t explain, though, why a formal CBI inquiry was not ordered back then.

The revelations about possible kickbacks came as far back as a year ago from Lorenzo Borgogni, former head of Finmeccanica’s external relations department. It was his disclosures that led to a full-fledged Italian investigation into alleged unethical dealings by the company, bringing within its ambit the Rs 3,546-crore contract with India. 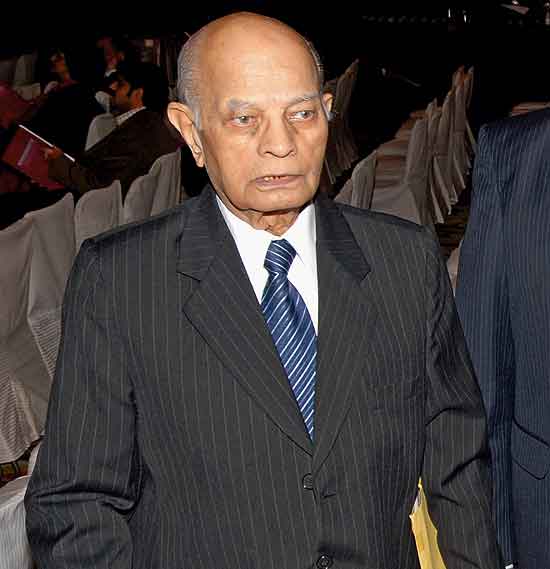 The Italian investigators’ focus in the Bor­g­ogni testimony was his allegation that one of the middlemen, Guido Has­chke, was hired as an “intermediary” for a sum of 41 million euros. This “compensation” was alleged to have been hiked at the last minute by 10 million euros. The Italian investigators zeroed in on this ‘escalation’, which was allegedly used by company officials to bribe political parties there for plum postings.

The investigators from Italy’s attorney general’s office, in a preliminary report filed on February 12, called for the arrest of Finmeccanica CEO Giu­se­ppe Orsi. It was here that they alleged that Finm­eccanica had bribed S.P. Tyagi when he was iaf chief to swing the chopper deal in favour of the company. (The kickbacks were allegedly paid through his cousins Julie, Sandeep and Dosca. Julie has business associations with Carlo Gerosa, another of the middlemen.) Some Rs 217 crore was apparently kept aside for “corrupt activity” out of which disclosures so far have suggested that the Tyagi cousins were paid Rs 72 lakh. The payment of bribes to the middlemen through contracts between firms registered in Tunisia and India was “still under way” when the scam was discovered.

The report further alleges that technical requirements for the contract were tweaked by India only so as to allow the Agu­sta­Westland chopper to enter the bidding process and that kickbacks of millions of euros were paid in Italy and India. The investigation report also says that Orsi and middlemen Has­chke, Gerosa and Chris­tian Michel fac­i­litated the payments to India. “Haschke and Gerosa, through the Tyagi brothers, in turn through their cousin Shashi Tyagi, managed first to change the tender det­ails in a way that would only favour  Agu­­sta­­­Westland, modifying the ‘operational ceiling’ from 18,000 ft to 15,000 ft of altitude, thus allowing AgustaWestland (which other­wise could not have even submitted an offer) to take part in the tender,” the report says. It also alleges that the flight trials were tweaked. The trials were conduc­ted after Tyagi retired in 2007. “Then they managed to introduce a comparative flight trial with a non-functional engine, thus facilitating Agusta­West­land helicopters, the only ones which had three engines. In this way, they managed to get the contract...,” the report says.

Interestingly, it was Brajesh Mishra, national security advisor in the BJP-led NDA government, who ordered the specification changes after con­­­sultations with the spg in ’03. The late George Fer­nandes was defence minister then.  (Jaswant Singh, NDA defence minister for a while, has come out publicly in support of S.P. Tyagi and the chopper deal saying it’s normal procedure for specs to be changed. Then he goes on to ask, “If my cousin is a robber, does that make me one too? You must be careful of guilt by association”, apparen­tly a considered defence of the ex-air chief.)

While investigations take their course, the taint of kickbacks has spread through the defence establishment. For a start, there is a clear danger of future acquisitions being delayed by an overcautious government. Which brings in its wake an alarming question: will this take a toll on the  modernisation of our already dated armed forces? Only time will tell.

Pandora With A Noose