Jaya asserts her vision for TN and herself 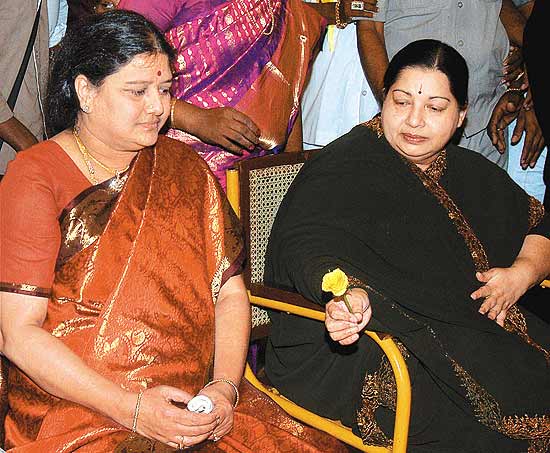 Tamil Nadu chief minister J. Jayalalitha is getting down to business, with the sort of initiatives the business community would applaud. Her ‘Vision 2023’ document looks like a corporate catalogue and could perhaps be matched in scale and ambition only by Narendra Modi’s grand plans for Gujarat. Business bodies like FICCI are all praise for what she has envisioned. Along with the vision has come some tough decision-making. From April 1, bus fares, power tariffs and milk prices have been hiked—the last hikes were ten, nine and two years ago.

It’s the huge mandate Jayalalitha got last year—besides good AIADMK performances in the recent local body elections and last month’s byelection in Sankarankoil—that enables her to take these tough measures. The pathetic state of the opposition DMK helps. So it is not surprising that, like her friend Modi, she is thinking big. Among the targets set in the vision document is that of raising annual per capita income to an incredible Rs 4.5 lakh. The 68-page document lists 10 strategic initiatives—such as “thrust on manufacturing”, “making TN a knowledge capital and innovation hub”, creating “10 world class cites” and “improving agricultural productivity”. While speaking the language of corporates, it also makes the right welfare noises: piped water for all, slum eradication, universal secondary education, even a second green revolution. Indeed, Jayalalitha herself has started sounding like a management honcho and a former president: “Good leaders create a vision, articulate the vision, passionately own the vision and relentlessly drive it to completion.”

The comparison to Modi and his Gujarat model, however, is marred by her inaccessibility and by investors not having such a smooth ride as in Gujarat, where Modi is a single-window clearance interface. There are fears that Sasikala may emerge again as a power centre and clearance point, having “disowned” her family and moved back into Poes Garden with her CM friend after a few months of estrangement. The more basic difference with Gujarat, according to a top bureaucrat, is that Tamil Nadu has for long developed well in its own way. As Prof C. Lakshmanan of the Madras Institute of Developing Studies puts it, “Tamil Nadu has always had a historic growth trajectory”.

Yet there is a huge power and water shortage, and Jayalalitha needs to address these problems urgently as she lays out long-term plans for the state. On the power front, she has signalled the go-ahead for the Koodankulam N-plant by cracking down on locals’ protests and demanding for Tamil Nadu all the electricity the plant will produce. The way that crackdown and the power tariff hike came after the byelection win (and a partial rollback when another byelection became necessitated by the death of a CPI MLA), it’s clear that she’s of a mind to go in for tough decisions but is niftily choreographing them.

This carefulness is perhaps dictated by her national ambitions, not unlike those nursed by Modi. She draws strength from the 40 Lok Sabha seats of Tamil Nadu, which she asked AIADMK cadres to gift her, while addressing them on her 64th birthday on February 24. Joining the chorus of strong state-level leaders, she has opposed the NCTC, calling some of the Centre’s measures “fascist”. She is already being seen as a would-be ally. Last week, the BJP’s Arun Jaitley called on her. Asks a wag, “Does she want to be CM forever, or PM for one time?”

‘The CBI Probe Is To Damage My Reputation’