Former Indian foreign secretary Ranjan Mathai talks to Outlook on China’s growing footprint in South Asia and how effective PM Narendra Modi’s policy has been in meeting the challenges India faces in its backyard. 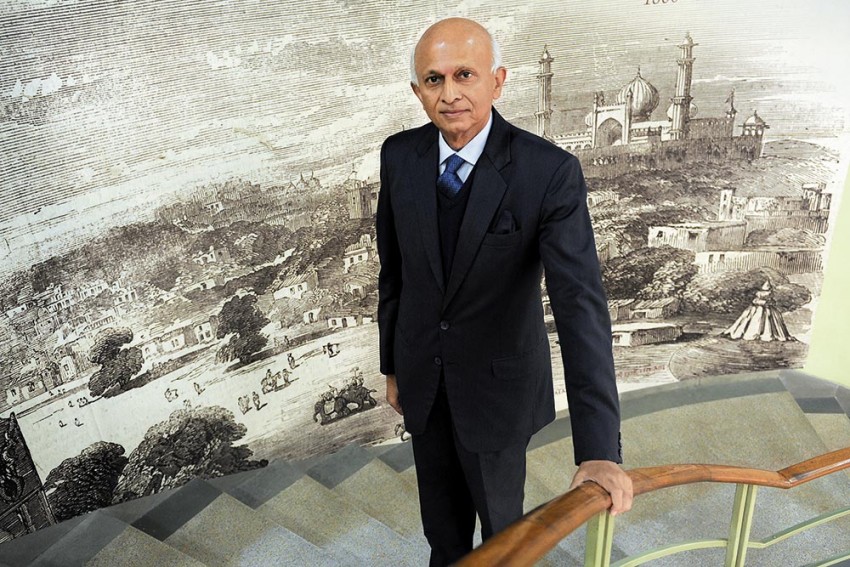 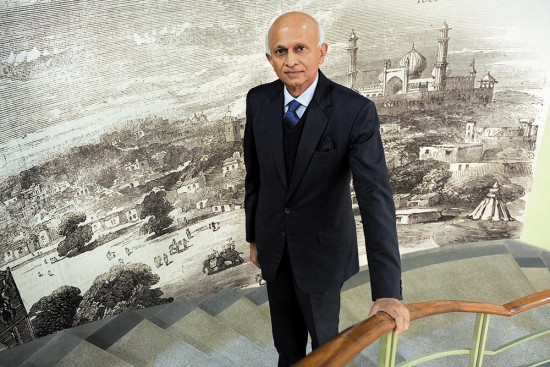 Former Indian foreign secretary Ranjan Mathai (66) has been keenly following the dramatic developments in India’s neighbourhood in recent months. A 1974-batch officer of the IFS, Mathai had been instrumental in formulating many policies when he was handling Bangladesh, Myanmar, Maldives and Sri Lanka as Joint Secretary BSM in South Block. He talks to Pranay Sharma on China’s growing footprint in South Asia and how effective PM Narendra Modi’s policy has been in meeting the challenges India faces in its backyard. Excerpts:

Pursuing an effective and sustainable neighbourhood policy, say experts, is the most daunting task in diplomacy....

I agree. All countries have faced dilemmas in managing neighbourhood policies that are both effective and sustainable. In 2013, the Chinese President declared a policy “to make our neighbours friendlier in politics, economically more closely tied to us, and we must have deeper security cooperation, and closer people-to-people ties”. That did not last long- whether you look at China’s relations with Japan or the neighbours on the South China Sea littoral. Historically, the ‘Good Neighbour’ policy of the US towards Latin America was not sustained. The EU developed the European Neighbourhood Policy aimed at ‘stabilization, security and prosperity’ in countries to its east, and south along the Mediterranean coast. These very regions were the sources of the migration crisis which has shaken the EU foundations.

How effective has India’s neighbourhood policy been under the Narendra Modi government?

It has been quite effective in some areas and faced setbacks in others. That has been the norm in earlier eras too when priority for the neighbourhood was the declared policy of the government. Within the region however, there is recognition that India’s policy is now being sustained.

Has there been a significant shift of emphasis? PM Modi invited South Asian leaders to his inaugural, underlining the importance of the region.

There has been a shift in terms of the time and focus the PM puts into building closer relations with leaders of neigh­bouring countries through regular per­sonal engagement. In terms of bilateral and regional cooperation programmes, the government has built up steadily on earlier initiatives. The invitation to the leaders of neighbouring countries for the inaugural ceremony was undoubtedly a gesture that caught the imagination of not just our region, but the world outside. The invitation was extended to the leader of Mauritius as well. There is a broader view of the neighbourhood that is being brought to bear.

South Asia was referred to as the Indian sub-continent even long after the British left. But no one does that any longer. What has changed so fundamentally?

South Asia was the term that began to be used in US ‘area studies’ and in some European academic circles from the late 1950s and 60s to distinguish the region from South East Asia and the Middle East (remember CENTO and SEATO)– as well as what was seen as a British colonial construct. As SAARC came into being over 3 decades ago, the term has become standard usage as a descriptive term. The more recent controversies in some US Universities over the use of the term for academic courses is a different matter.

Is this because the South Asian neighbours have more options today and no longer see India as the sole power in the region?

"We don’t grudge our neighbours being ­non-aligned, but have a problem if they align in ways ­inimical to us."

I think South Asian countries have always had, and used, other options. It is not just Pakistan which aligned itself with outside powers or sought options outside the region. Sri Lanka retained its military links with Britain till 1956; and in the 1980s actively sought membership of ASEAN. Afghanistan entered the Economic Cooperation Organization some years ago and plays a role in Central Asia. The Maldives has in the past leveraged its membership of the Small Islands Developing States group to promote its international standing.

What does this mean for Delhi?

I believe we should not be obsessed with the idea of South Asia as an area of exclusivity. It never has been one historically; no region in the world is like that. Nor can any major powers today keep smaller neighbours exclusively in their orbit. Our planners have to guard against our neighbourhood harbouring inimical forces which can diminish our national security; and pursue policies designed to create commonality of economic interests. Our neighbours must have a stake in India’s growth. We have used the mechanisms of sub regional cooperation – the BBIN and BIMSTEC for eg and must continue to do this. We did well to invite the leaders of BIMSTEC countries for the outreach during the BRICS summit in Goa in 2016. We can demonstrate that while a friendly and constructive region is beneficial for our rise in the international arena, it is not a precondition for it.

India always sought options, stressed non-alignment. Why does it grudge its neighbours doing the same thing?

Non-alignment served us well not only by giving us options, but by keeping us out of conflicts between the 2 blocs. It was Pakistan’s entry into one of the camps that brought the Cold War into our region. India does not grudge our neighbours being non-aligned. We have a problem if they get aligned with others in a way that adversely affects our national security or well being. If you look at the record, say with respect to Sri Lanka in the 1960/70s or Bangladesh in the 1980s, you will find the premise of the question suggests a lack of historical perspective, and an understanding of how India sees its role in the world going forward.

Is China’s growing footprint in South Asia the biggest challenge for India?

China’s footprint in South Asia and in the Indian Ocean is certainly a major strategic challenge for India, one of the biggest we face. The CPEC is entrenching Chinese support for the illegal occupation of Indian territory in an area from which Pakistan launches terrorist attacks against us. Its maritime Silk Road initiative is clearly intended to advance its geopolitical interests in the Indian Ocean.

India-Pak relations have been hostile. But we have also had problems with other neighbo­urs recently. Are we rel­uctant to ack­no­w­ledge them as sov­ereign nations with a right to ­pursue independent policies?

"PM Modi’s invite to South Asian leaders for his inaugural caught the imagination of the region and outside."

I think it would be fair to say that Pakistan has maintained hostile relations against India. With our other neighbours (apart from China) we have had periods of difficult, even tense relations, but not hostility on the same level as with Pakistan. The causes are many, including the intrusion of our domestic politics into our diplomatic relations and often due to our lack of sensitivity to the concerns caused by disparities in size and strength between us and our neighbours. Pierre Trudeau speaking in 1968 about Canada’s relations with the US remarked “Living next to you is in some ways like sleeping with an elephant. No matter how friendly and even tempered the beast…one is affected by every twitch and grunt”. Our neighbours all pursue policies as sovereign states and therefore have problems with other states too. In SAARC India is a neighbour of all the other member states, but none of them shares a land boundary with another-with the exception of Pakistan and Afghanistan- and you can see where that has taken them!

In recent months, India seems to have regained its position in many of these countries and can now have a more cooperative relationship. But can this be sustained?

Yes, it can be sustained. But this will require that we remain politically engaged at the highest level, sustain our economic growth and continue providing market access, development, investment and connectivity. It should be noted that all countries in South Asia now have electoral processes for choosing their leaders. We must build relations across the political spectrum in a normal democratic manner and be nimble and nuanced in responding to the rising expectations among people in the region.

Sheikh Hasina’s Bangladesh has been a close ally of India for several years. If the year-end polls bring a new government in Dhaka, how will it affect its relations with Delhi?

That is a speculative question. I would only say that over the last 10 years Bangladesh and India have built friendly and constructive ties, beneficial to both of us. It is important for us, that Bangladesh’s relations with India should not become an electoral issue in that country.

In the post-Wuhan understanding, is it possible for India and China to work in a cooperative manner for peace, stability and prosperity in South Asia?

The Wuhan understanding provides some stability to our bilateral relations with China. Whether this can work for peace, stability and prosperity in South Asia, depends largely on China’s policies; such as for e.g of giving cover to Pakistan, over Masood Azhar , which reduces any pressure on Rawalpindi, to move away from sending terrorists into India; or whether its attitude to anti-Indian elements in Nepal will result in moderating the hindrance by these elements, to bilateral and sub-regional cooperation programs with India . Or if its foreign development programs are transparent and follow internationally acceptable norms. I am not convinced this will happen.