The Before, During And After

It was my best time, the summer I spent chasing the Monsoon 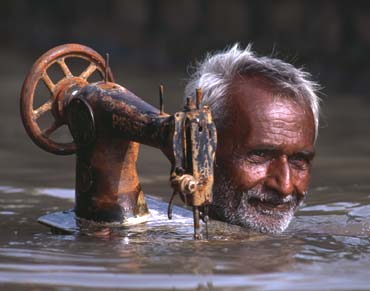 I arrived in India in the May of 1984, in time to catch the build-up of heat, the dust storms, and the anticipation of the rains to come.

I began my photography career in part living and travelling throughout India. That trip, although planned for only a couple of weeks, turned into more than two years. After I started working for National Geographic, I told them the story I most wanted to do was one on the monsoon. This amazing dramatic weather phenomenon which always seems to bring either too much rain or not enough. National Geographic gave me a six-month assignment to cover the before, during and after of the monsoon. 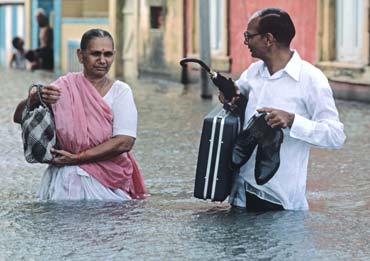 I arrived in India in the May of 1984 in time to catch the build-up of the heat, the dust storms and the great anticipation of the rains to come. I decided to start my coverage in Goa. I was staying at the home of one of India’s great artists, Mario Miranda, and his lovely wife. One afternoon I had the misfortune to fall off a wall, suffering a concussion and splitting my head open. 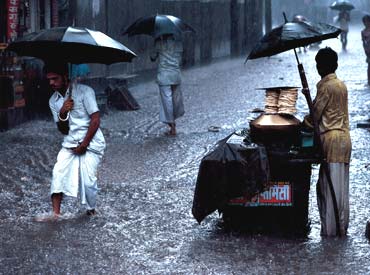 I have no memory of what happened after that. I remember waking up in the hospital with an intravenous drip in my arm staring at the circular fan on the ceiling. I had no clue where I was or how I had gotten there. Gradually I was able to piece things together and realise that I was in India, but didn’t know exactly where. The man in the next bed was handcuffed to the bedpost and there was a child in the next room screaming for some unknown reason. I was afraid to ask the hospital staff what was wrong with me for fear that some hideous thing had happened. Gradually I got up the nerve to ask them where I was and how I got there. 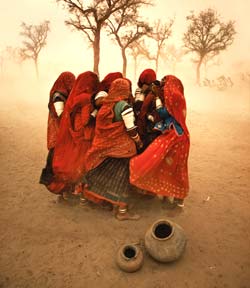 The wound in my head required many stitches but I discharged myself the next day against the advice of the doctors. They did say however that if I started vomiting that would be a bad sign and may indicate something more serious. Of course, that’s exactly what happened. That night I started throwing up out the window at Mario’s place. Fortunately, they were the perfect people to help me convalesce and regain my health.

Eventually, I travelled thousands of miles for the next six months around India, exploring and discovering this amazing country. Later, I even did a book called Monsoon. This is probably my most favourite story I worked on despite the inauspicious beginnings.

Steve McCurry is a world-renowned American photojournalist, most famous for his ‘Afghan girl’ image that appeared on the cover of the National Geographic magazine in June 1985.

The Muddle Of Nowhere