The Ball's In Court

CRICKET is entering turbulent times. Pakistani players are getting mugged in Johannesburg, former Indian all-rounder Manoj Prabhakar  is being intimidated by attacks on his guards and Wasim Akram is moving around with a gun. Of course, Akram has much more on his mind than warding off goons, he's also busy trying to get the Pakistan Cricket Board (PCB) off his back.

On February 12, Akram faced a 15-member senate sub-committee on sports, headed by Justice Javed Iqbal, in Lahore. Probing the reasons behind the poor performance of the Pakistan team, the committee wasn't convinced of the innocence of some players of the Pakistan team regarding match-fixing, and has ordered further hearings which will be held by the sub-committee. Says Iqbal: "I am not satisfied that there has been no wrongdoing." Akram defended himself, saying, "I have always played for Pakistan. I have never asked any Pakistani player to take money to lose a game."

Though the committee asked Akram to proceed to South Africa, Akram declined, to everybody's bafflement, saying: "I am unfit." He then went on to explain: "I have not touched a bat or ball for a month." This stand contradicted his earlier statements to the press where he had been asserting that he was fit to go but had been unjustly axed by the PCB. But, apparently, Akram was pressuring the PCB to exonerate him of match-fixing charges before they sent him to South Africa. The PCB, however, made it clear to him that the allegations would be probed further by the sub-committee formed by the senate committee. Adds Iqbal: "I have asked cricketers to come forward if they have any evidence regarding match-fixing and betting by players so that the senate committee can examine them in detail. Confidentiality will be maintained of those sending evidence."

Meanwhile, a Pakistani player when contacted by phone in Johannesburg told Outlook: "He (Akram) is coming before the start of the second Test. That's sure."

Akram's case had became stronger before the senate committee, when Pakistani bowler Ata-ur-Rehman denied having submitted the affidavit in which he claimed that Akram had offered him Rs 2 lakh to bowl badly in a 1994 match against New Zealand at Christchurch. Rehman alleges that the copy printed in Pakistan's The Herald was forged. But the paper is sticking to its story. Say sources: "Rehman had given the affidavit on the condition that it be used only with his consent. Some people jumped the gun. Also, there's been pressure on him from lots of quarters, including Imran Khan, to change his stance." Imran, reportedly, has a soft corner for Rehman and has been lobbying with a sports agent to get him a county contract.

However, the PCB stand that Akram had been dropped because of injury is contradicted by some players contacted by Outlook. A former Pakistani captain from Lahore claimed that the Board has an audio recording of a conversation Akram supposedly had with his brother Nadeem, who allegedly either runs his own "book" in Lahore or is a close aide of a leading bookie. "The PCB obviously has something that implicates Akram in the whole thing," he says. Adds another former Pakistani captain: "Even if the board has evidence, do you think they are going to come out in the open with it? They have a mindset and are to a certain extent justified that it's bad publicity for the country."

Just before the hearing, it appeared that the way was being cleared for Akram to fly to Johannesburg and join the Pakistan team after the first Test. Apparently, Akram was assured on this count on February 9, by Khalid Mahmood, the newly inducted PCB chairman. In the 'courtesy call' that Akram made on Mahmood, he was apparently told that since the 'evidence against him was weak' he could well be back.

In fact, Mahmood fired the first salvo even before officially assuming the PCB chairman's office. The official news agency released his statement saying that he wants a balance of power in the PCB constitution as at present it gives far too much power to the chief executive (Majid Khan).

Importantly, a PCB official, denied Akram's claim that he has been exonerated of the match-fixing allegations by Khalid during his first meeting with the latter. "First of all, there are the sessions that Akram is going to have with the Standing Committee of the Senate (Upper House). But, you see, the Board is never going to admit in public that Akram has been charge-sheeted and is being interrogated by higher authorities," he says. Asked about Akram's claim that he has been assured a place in the Pakistani side for the South African squad by none other than Mahmood, Majid Khan was vehement in asserting that during the February 10th PCB Council meeting, presided over by Mahmood, the issue of Akram rejoining the team in South Africa didn't come up for discussion. Says Majid: "Allegations about match-fixing and betting were discussed in detail and it was decided that there should be a thorough probe into these allegations. Khalid gave his opinion about the modus operandi and agreed with the other participants that concrete measures should be taken by the Board to punish and discourage those involved in match-fixing". Majid, however, denied any pressure from political quarters to include Akram in the side.

Former-cricketer-turned-politician Imran Khan, however, slammed the PCB for dropping Akram from the South African-bound squad, terming the decision a big mistake. "I find it hard to understand that a player of Akram's ability has been axed from the team on fitness grounds. The Board must come out with better excuses. Akram's absence will considerably weaken our bowling."

AKRAM has himself been lobbying hard to come back to international cricket. He recently met the Speaker of the National Assembly (Lower House), Ilahi Bux Soomro, and federal minister for sports, Sheikh Rasheed Ahmed, in Islamabad along with former PCB chief Arif Abbasi. It was because of these meetings that Akram was asked to appear before the standing committee of the Senate to clarify his position.

Mahmood is considered very close to the power corridors, in particular the Nawaz Sharif family. This was why he was brought in as chairman of the organising committee for the Golden Jubilee Tournament in Lahore last November, despite resistance from Majid. There are clearly two lobbies at work in the PCB, one headed by Majid and the other by Mahmood.

Talking to Outlook in Lahore, Mahmood pledged that he would not be a dummy head of the PCB and he has accepted this position with full powers to handle all the affairs, not only of the top cricketers but also of the PCB. About the betting and match-fixing charges facing Pakistani cricketers, Mahmood seems to have come with a clear brief to blanket the whole thing. Says he: "There will be no more match-fixing propaganda or cases of indiscipline during my tenure."

Former Pakistani right-arm off spinner Tauseef Ahmed, however, supports Mahmood. Says he: "If the PCB officials have any solid evidence against Akram, they should come out with it. Otherwise, they should put an end to such speculations." Former skipper Rameez Raja refused to comment on the episode, but said that the PCB "has taken the right decision by reposing confidence in Rashid Latif for the South African tour". Akram himself told Outlook: "The chairman of the PCB has asked me to continue my training so that I could be sent to South Africa. The chairman has assured me that there is no question of the PCB carrying out a vendetta campaign against me by using match-fixing allegations as an excuse."

But is Akram going to fly to South Africa? Newspapers reported him as saying that mentally he didn't know when he would be ready to play for Pakistan because of the difficult times he has had. However, the uneasy relationship between Majid and Mehmood may prove decisive in Akram's return to the national squad. 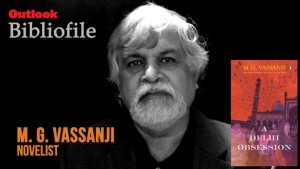