It is not fair to only single out politicians. There are rotten apples in all spheres-- business, bureaucracy, police. 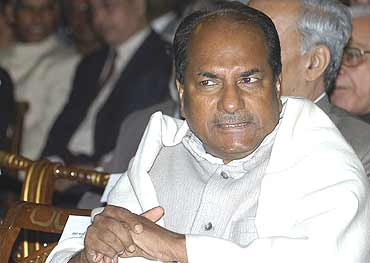 For the chattering classes in upscale drawing rooms, corporate boardrooms or television studios, politicians are the lowest of the low—corrupt and venal. But is that a fair description? 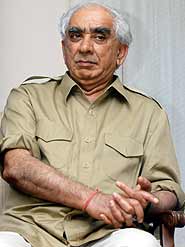 Not really, if one has actually seen politicians up close and real. Corrupt? Yes, of course (barring honourable exceptions like V.P. Singh, Jaswant Singh, A.K. Antony, etc) but no more than any other powerful group in society. Don't some top corporate houses "manipulate" the system? Do all lawyers and doctors pay their real taxes? If the civil service is squeaky-clean, why is the delivery system so poor, 60 years after independence? Are policemen who take bribes—for everything from traffic offences to hushing up murders—not a fact of life? Are journalists who do trade-offs for a consideration unknown? As for the judiciary, its conduct goes without any scrutiny, so as not to invite contempt of court. Why should politicians alone be singled out?

A vast majority of politicians lead very uncertain existences: even those who are elected, hold posts and have a regular income cannot count on permanence like a judge, a civil servant, a corporate executive or a journalist can.

Anyone who has ever contested an election, whether for the corporation, state assembly or Lok Sabha, knows how fraught with difficulties it is. One, nurse an area in the hope of a ticket, which may or may not be forthcoming. Two, if one gets a ticket, one has to mobilise money, since there is still no state funding of elections. Three, move to the mind-boggling task of planning an election strategy—figuring out the right campaign line, assessing the strengths and weaknesses of one's competitors, working out the caste permutations. Four, get down to the back-breaking task of campaigning. Money does play its role, but anyone who seriously believes that it's just a matter of distributing saris, cycles and liquor has never seen an election closely. As for the losers, they are out in the cold, far, far worse than being passed over for a promotion.

For the winners, it is only a five-year respite before they return to the people. This makes them accountable in the real sense of the word, unlike members of the other opinion-making/decision-making groups who, once having secured a job, are in it, generally, for life.

Most significantly, most of our opinion-builders and decision-makers—the media, judiciary, bureaucracy and the corporate sector—form a homogeneous group. Barring a few exceptions, such as the current chief justice of the Supreme Court, a majority are upper caste/middle class Hindus, the tax-paying three per cent at the top of the social pyramid, intent on creaming off all the advantages for their own class. India's politicians alone can be said to be truly representative of the country, representing all classes, castes, communities and regions, bringing to the decision-making table the problems of the entire population. Fighting elections—where the votes of all communities and castes, rich and poor, matter equally—means a politician can't afford to lose touch with the ground realities.

It is this that makes India's politicians the only real force for change—and for a more inclusive society. It is this difference that makes the other powerful groups unite against politicians, as the latter threaten their continued prosperity by trying to allow "outsiders" inside their charmed circle.

Indeed, our legislatures are the only really democratic forums in the country, where MPs and MLAs from different sections meet each other. In which other influential club in the country would you see industrialist and page-three regular Saleem Sherwani chatting amicably with fellow Samajwadi Party MP and retired dacoit queen Phoolan Devi? Talk to public school-educated MPs like Milind Deora, Jitin Prasada or Manvendra Singh and they will tell you what a difference attending Parliament and meeting MPs from diverse social backgrounds has made to their understanding of India.

In fact, if India is still a democracy, it is because we have a political class—it is they who provoke the real debates of our times. The rest of the decision-making classes would prefer a secession of the successful, leaving the vast sections left out scrambling among the leftovers.