A rather fascinating and compelling stand-alone story about an industrious, fastidious, obsessive man who wanted to make the "fastest airplanes and the biggest movies" and wanted to be the "richest man in the world". 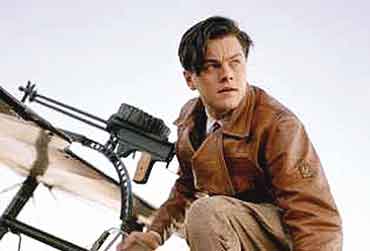 Not many of us in India would, perhaps, know a great deal about Howard Hughes. So whether or not Scorsese's biopic on the Texan industrialist-aviator-filmmaker is successful in capturing his life may well be beyond our judgement. However, The Aviator does make for a rather fascinating and compelling stand-alone story about an industrious, fastidious, obsessive man who wanted to make the "fastest airplanes and the biggest movies" and wanted to be the "richest man in the world".

Through an individual's life, the film showcases a wonderful slice of the history of American cinema and the aviation industry. The whole drama and dynamism of a flight, the spirit of discovery and of new challenges runs parallel to the intrigues and enigmas of the glamour world. We start off with the young Hughes (Caprio) making his ambitious World War I epic, Hell's Angels. The maverick Hughes,...