The Art Of The U-Turn

Outlook plucks the best “turnquotes”. We neither seek to mock nor to judge, just to marvel at the yogic skills of the famous. 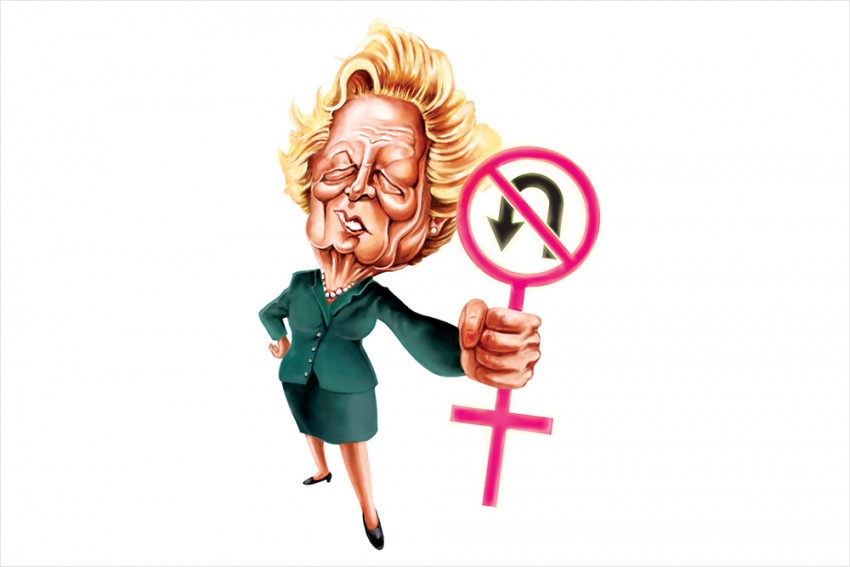 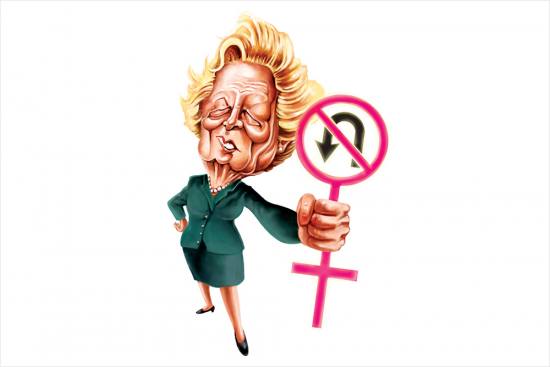 Imagine if a bride turns around, right after saying “I do”, and tells the startled gathering: “I don’t!” Incongruous? Well, not as much you think. Startling 180º turns are the very soul of public life. Few politicians could survive in that honourable calling if they weren’t able to twist and twirl their words around like a ballet dancer’s pirouette. Indeed, for all the bad press inconsistency gets, few court its prim, proper, virtuous sibling—bey­ond lip service (that’s the “I do” bit). As Swift’s blithe one-liner reminds us, “There is nothing constant in this world but inconsistency.” Often, being able to change your mind itself gets a moral coating. “No matter how far you have gone on the wrong road, turn back,” cautions an old Turkish proverb. (Don’t tell the bride, though.)

Borrowing from motoring parlance, this is called a “U-turn”. Politicians are masters at negotiating these sharp rhetorical curves. Those famous for being famous too are learning to whirl like a dervish after their 3 am tweets shake up the outragists. Americans call it a “flip-flop” while Aussies and Kiwis say ­“backflip”. All of it amounts to the same thing—talking Japan, going Peru.

In a book titled U-turn, Bruce Grierson scans famous U-turners, even advances a scientific rationale. As for a philosophical one, Gandhi had this to offer: “My aim is not to be consistent with my previous statements on a given question, but to be consistent with truth as it may present itself to me at a given moment. The result has been that I have grown from truth to truth.”

A handful refused to grow. Most infamously, former British premier Margaret Thatcher. “You turn if you want to, this Lady is not for turning,” she told the 1980 Conservative Party conference. That quote went on to become a Thatcherite motto. Most others, luckily, have bent it like Beckham. Outlook plucks the best “turnquotes” for this bouquet. We neither seek to mock nor to judge, just to marvel at the yogic skills of the famous. 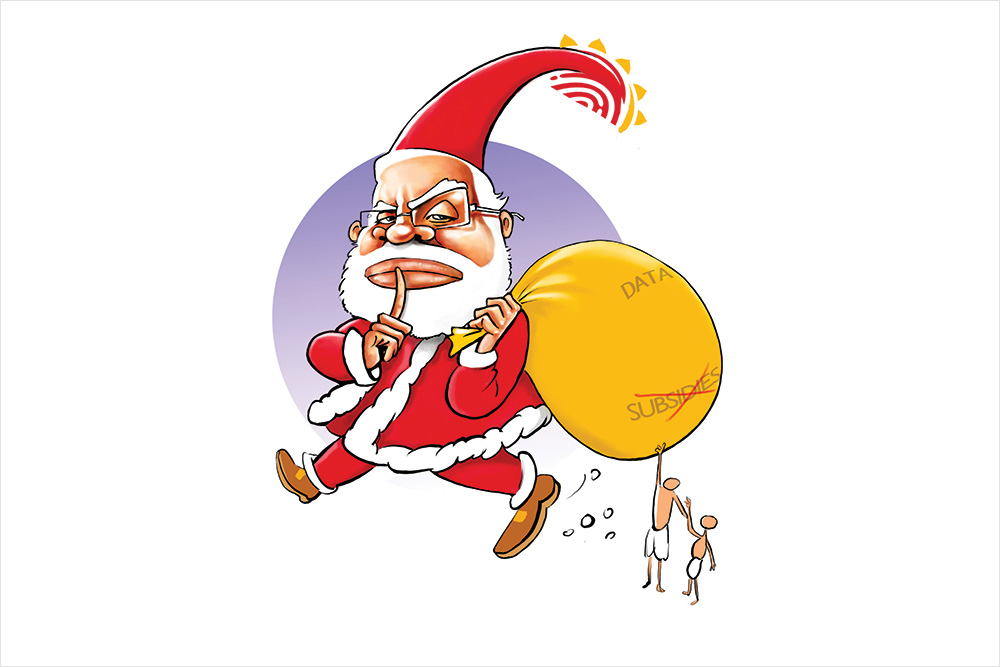 “Congress government should explain why it wasted crores of public money on Aadhaar.”

During his campaign for 2014 parliamentary election

“The Aadhaar Act has made it possible for direct cash transfers and other benefits to reach poor people.”

After the 2016 Aadhaar Act was passed 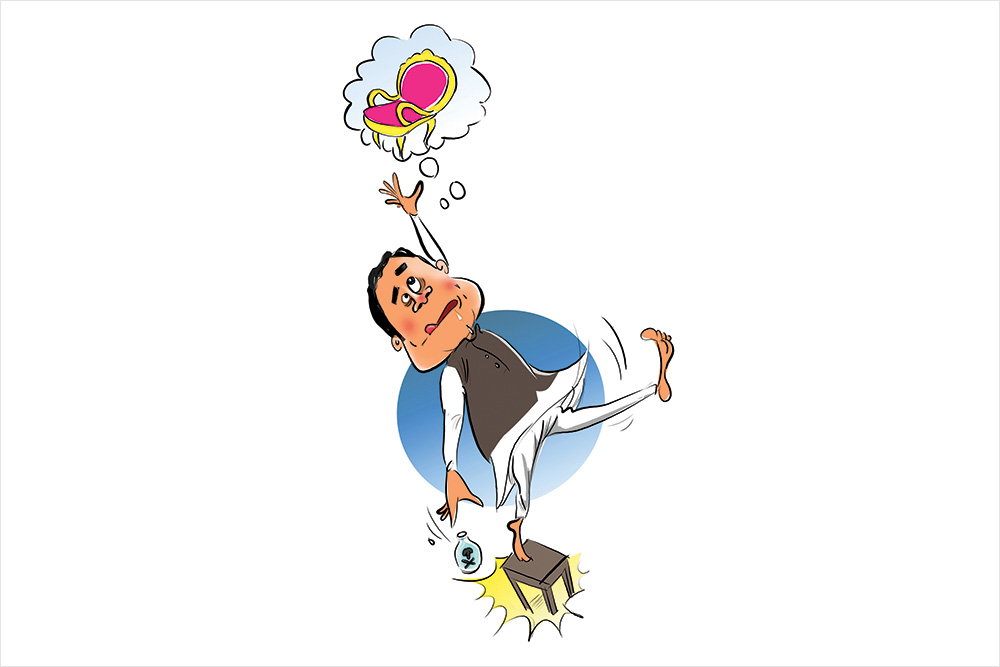 “Power is poison. We should not chase power for the attributes of power.”

“If the Congress emerges as the single largest party in 2019, I will be prime minister.” 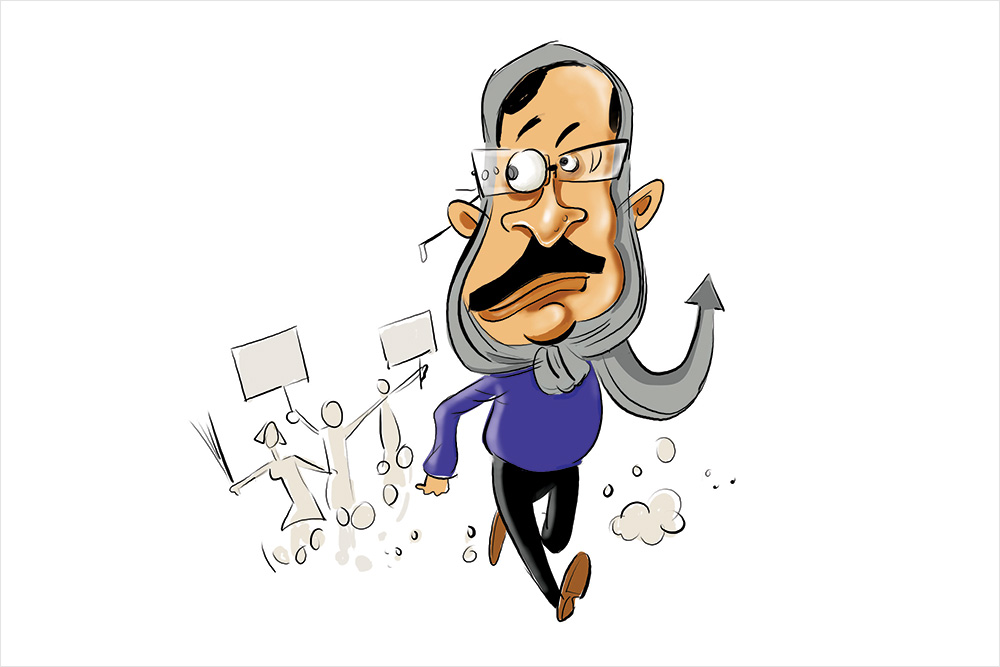 “All types of protests and dharnas outside the chief minister’s house are banned for 30 days.” 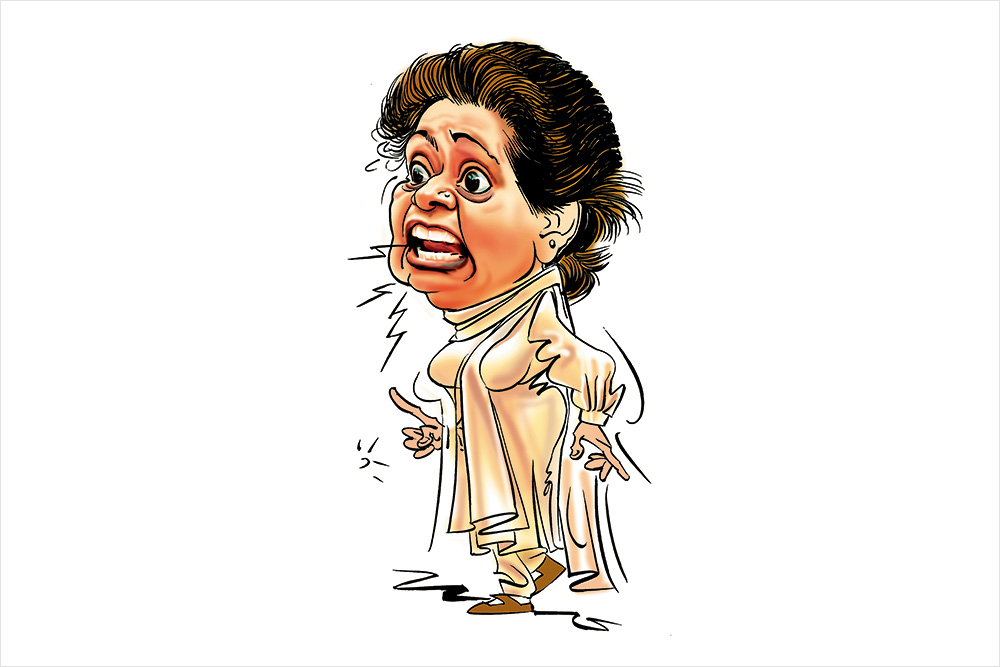 “If Dalits are children of God, was he the son of Shaitan (the devil).”

Gandhiji’s fundamental philosophy is embodied in ‘Sarvajan Hitay and Sarvajan Sukhay’, which is the policy of the Uttar Pradesh government.

As Chief Minister of UP in 2010, she praised Gandhi through ads in the media 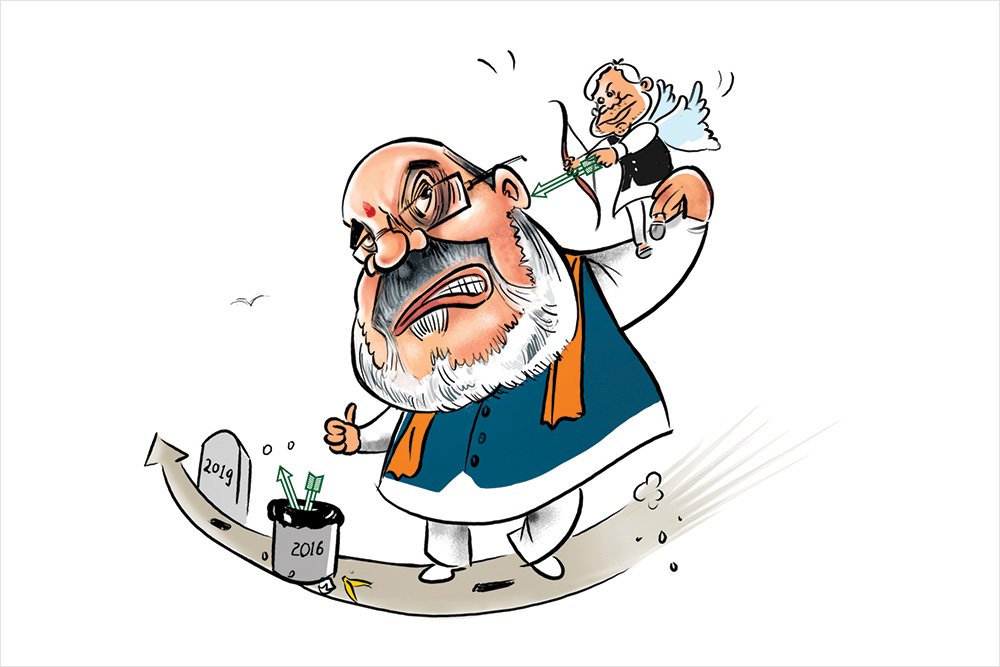 “From my personal experience I can say there is no role for Nitish Kumar in the NDA.”

“There are no differences with Nitishji on seat sharing. We will win all Lok Sabha seats here with him.” 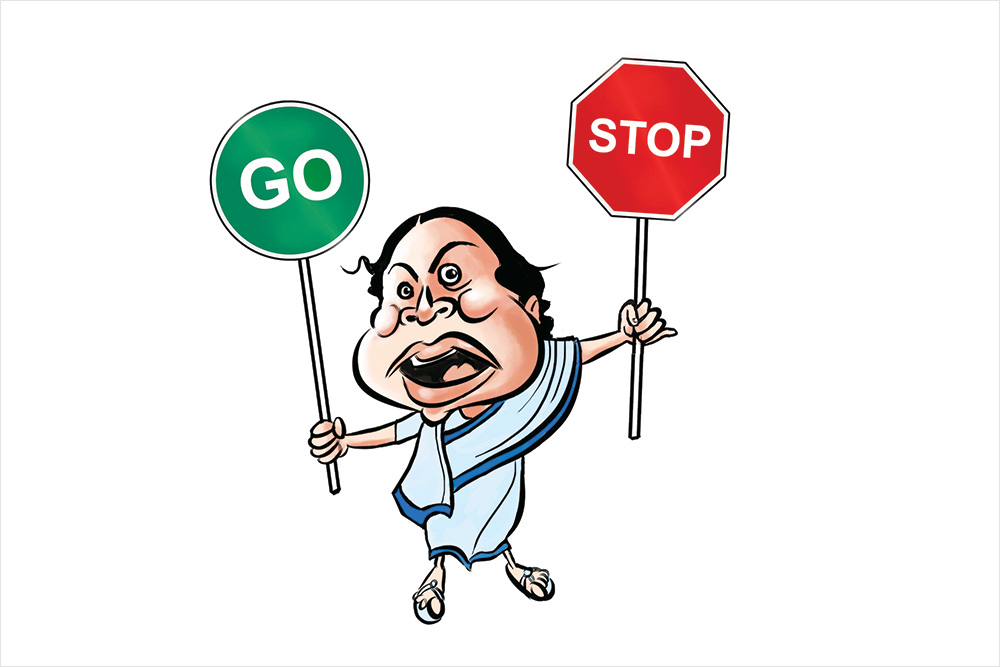 “The infiltration in Bengal has become a disaster now... This is a very serious matter.”

“They are trying to divide people. There will be bloodbath and civil war in the country. We will not allow this to happen.”

She said, about the National Register for Citizens in Assam, which aims to identify illegal immigrants, July 2018 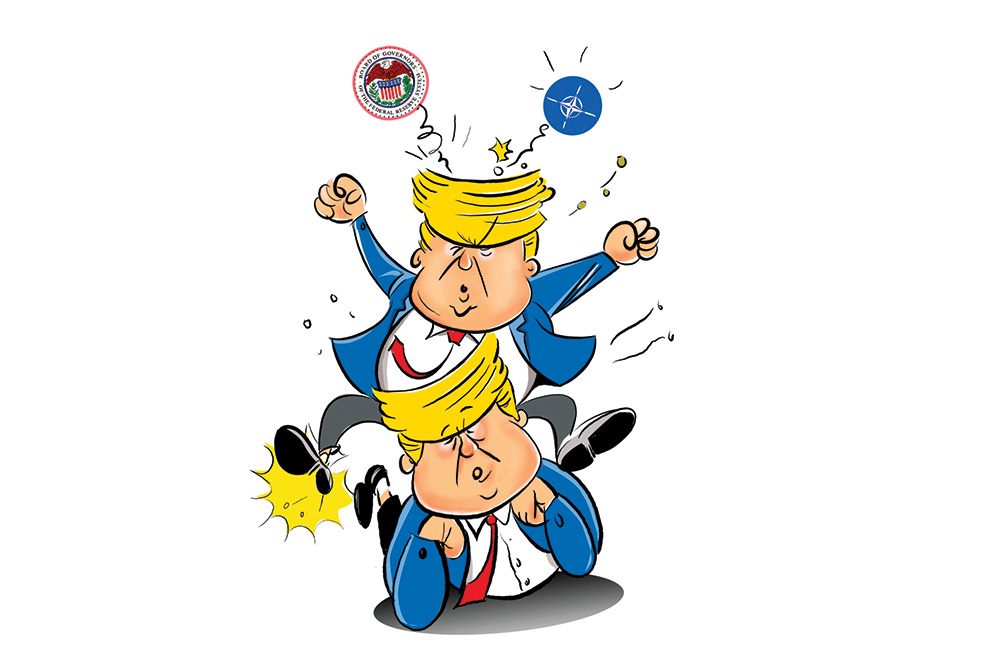 US President Donald Trump on China

“We cannot allow China to rape our country. I don’t want China dictating to me.”

“The relationship developed by President Xi and myself has been outstanding. I think in the long term we are going to have a very good relationship, and I look forward to it.”

He changed his mind, as on so many issues, after a meeting with China’s President in April 2017. But now, with the trade confrontation, we await further remarks. 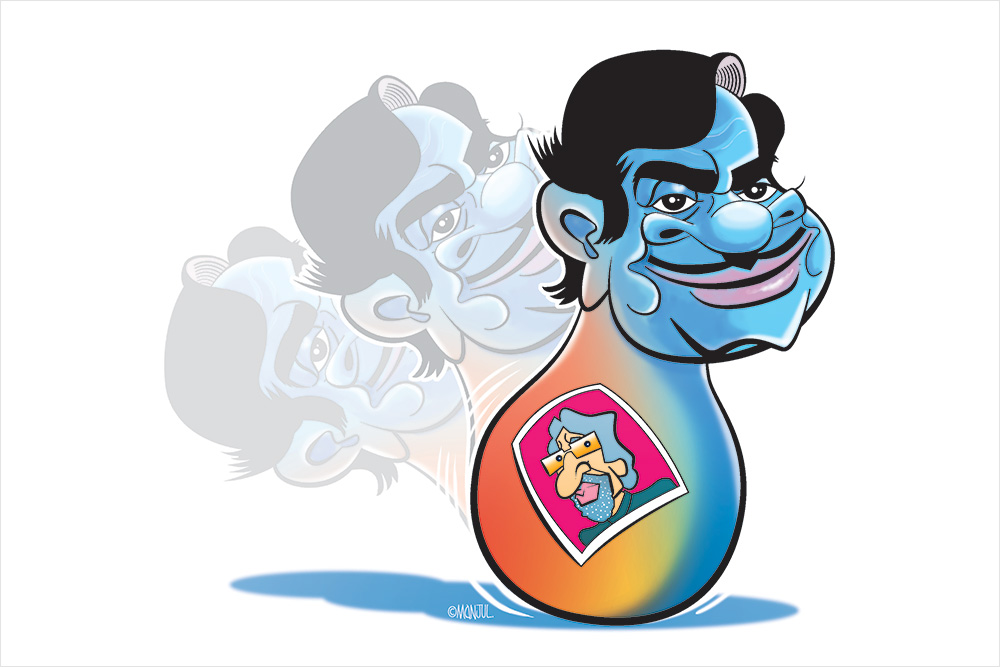 Alleging nepotism after Guru (2007), with Abhishek Bachchan and Aishwarya Rai in the lead, got maximum ­nominations at the IIFA awards where Amitabh was brand ambassador

“If today you ask me, I’ll tell you that I hold him in high esteem. I believe he is the personality of the millennium. He is a great actor, greater star and further, a greater human being.”

At the release of his autobiography, Anything But Khamosh, in 2015 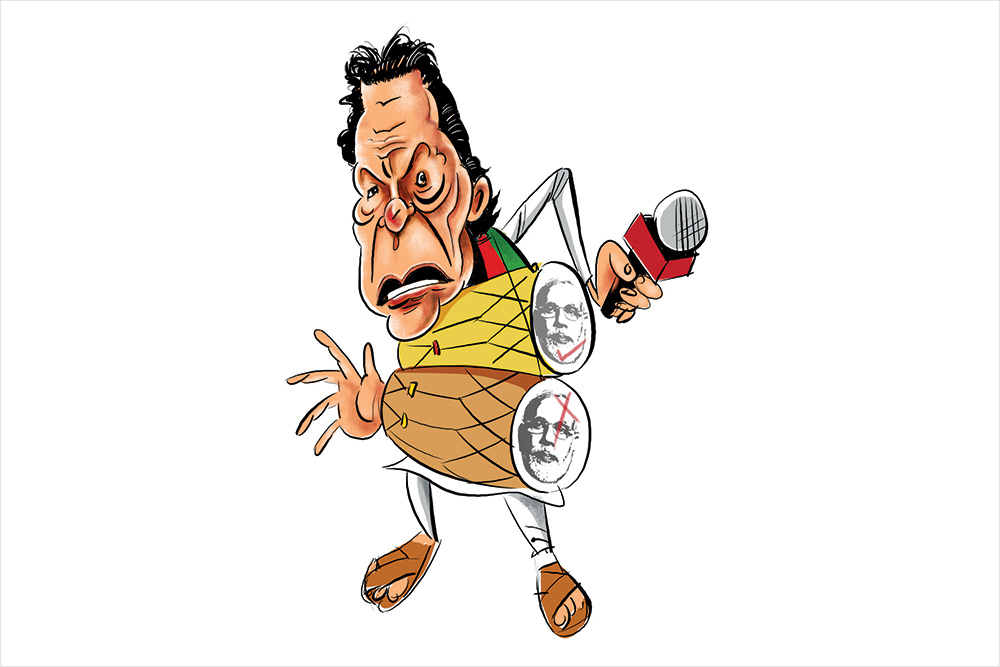 “Narendra Modi agrees with me that war is no solution and all outstanding issues should be resolved peacefully through dialogue.”

“All my life I have come across small men occupying big offices who do not have the vision to see the larger picture.” 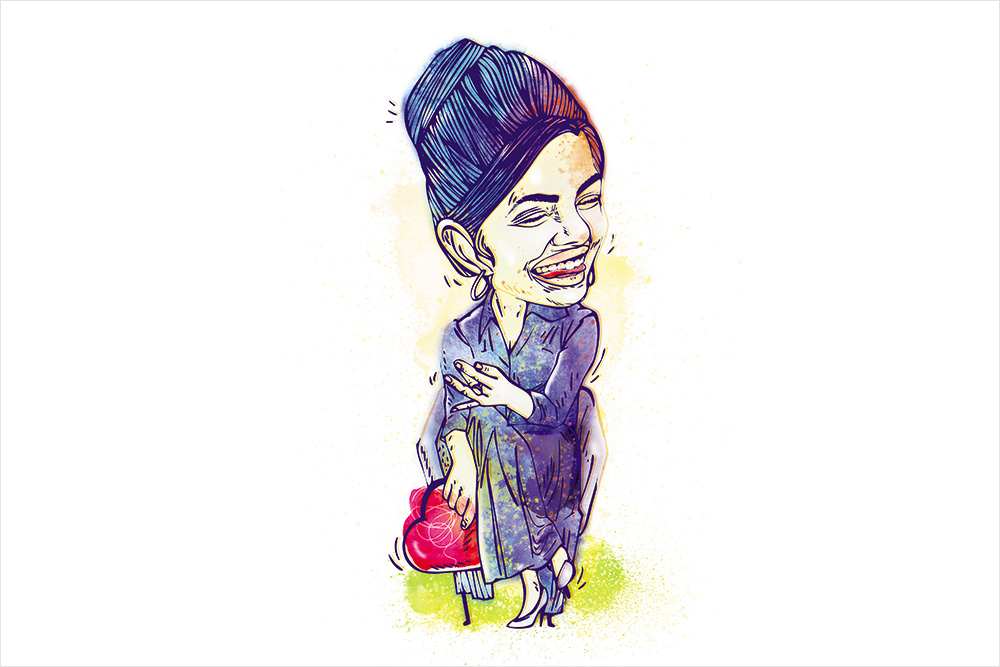 Priyanka Chopra on her relationships

“Truly this is what has worked for me. He has to be someone who respects the hard work you put into your life.”

Priyanka flaunts her relationship with Nick Jonas and praises him, 2018 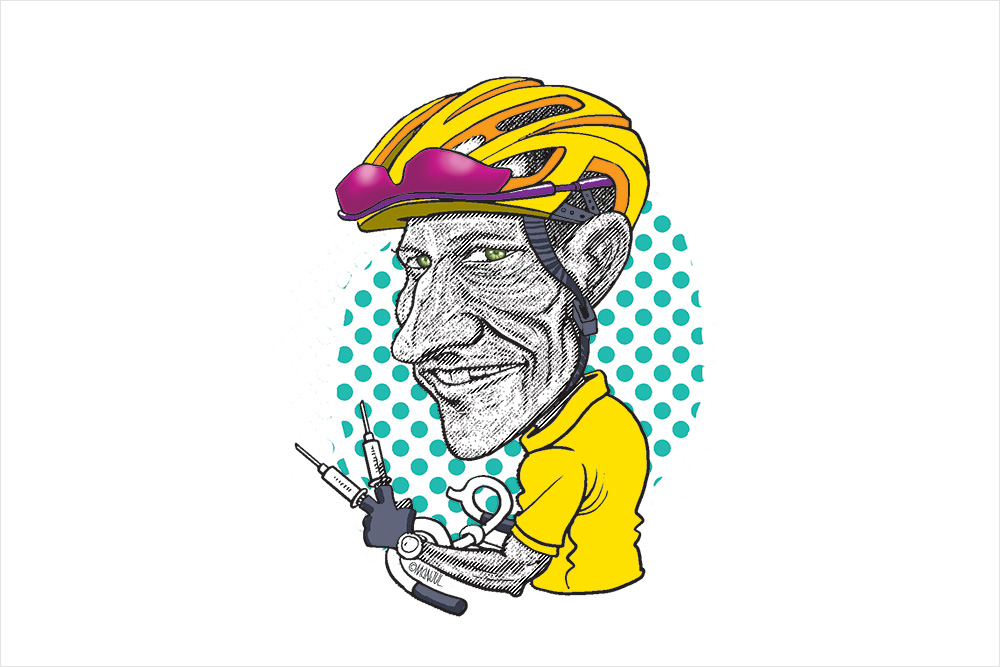 “How many times do I have to say it?....Well, it can’t be any clearer than that, I’ve never taken drugs.”

“I view this situation as one big lie I repeated a lot of times.”

Armstrong in an Oprah Winfrey interview when he confessed to having used drugs, 2013 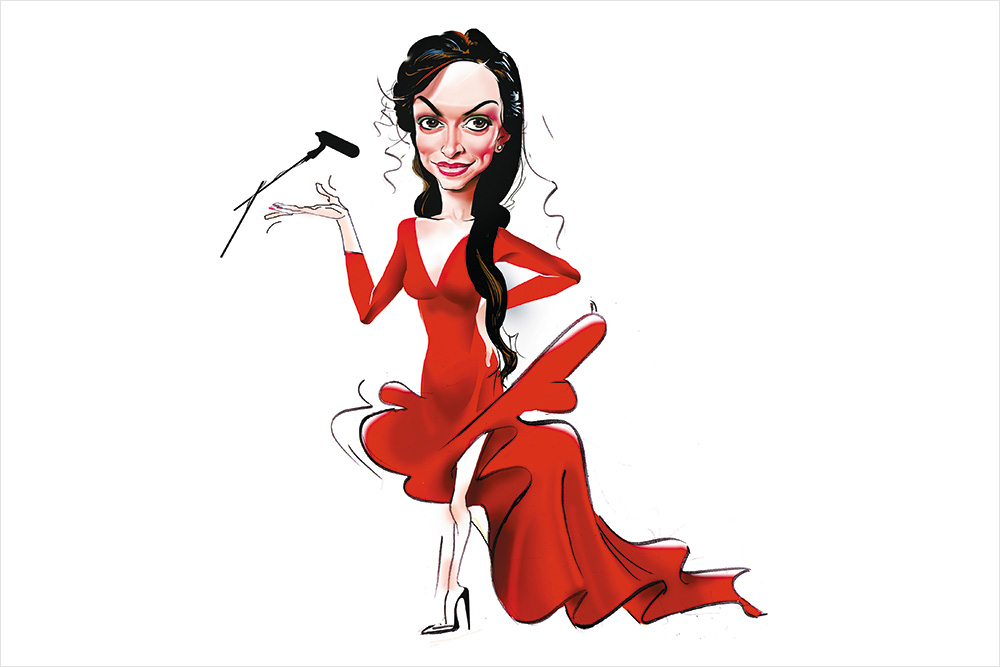 Deepika Padukone on Priyanka Chopra, a rival who has already made a splash at the international level

“What she wants from her career will be different from what I want, and that needs to be understood and respected.”

Over their big Hollywood releases in 2017

“It’s fun working with people. It’s always fun collaborating with people, who have the same vision for whatever that it is you are trying to create.”

When asked about her experience of working with Priyanka at the Cannes film festival, 2018 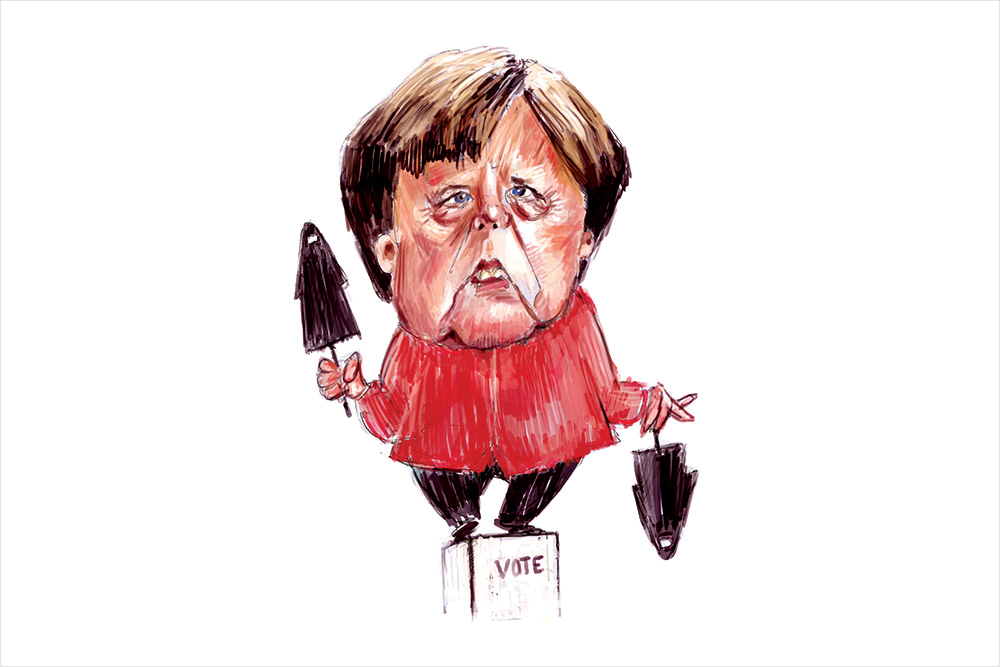 “We guarantee that Islam can be practiced under the German Constitution and law.”

“The burqa should be outlawed wherever it is legally possible.”

In the run-up to an election when immigration from the Muslim world was a key issue, July 2017 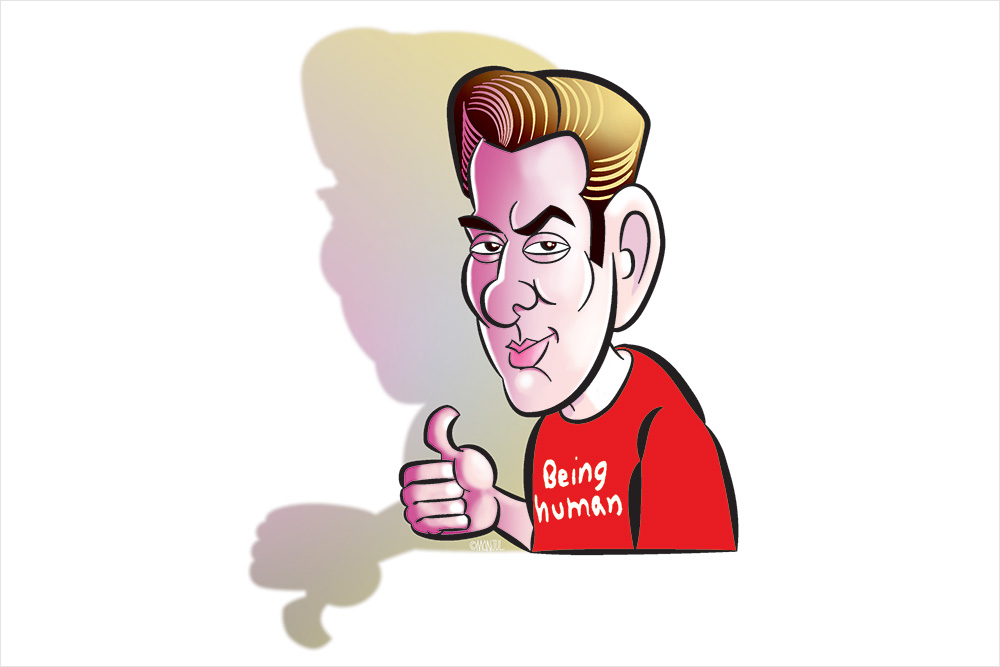 “Shahrukh and I will never patch up. I don’t think we can be friends. I think it is better to declare that, rather than put on a fake façade of being friends and back-biting each other.”

“I wish him the best in life. I would want the whole family to be healthy. I wish that for everyone. We are friends.” 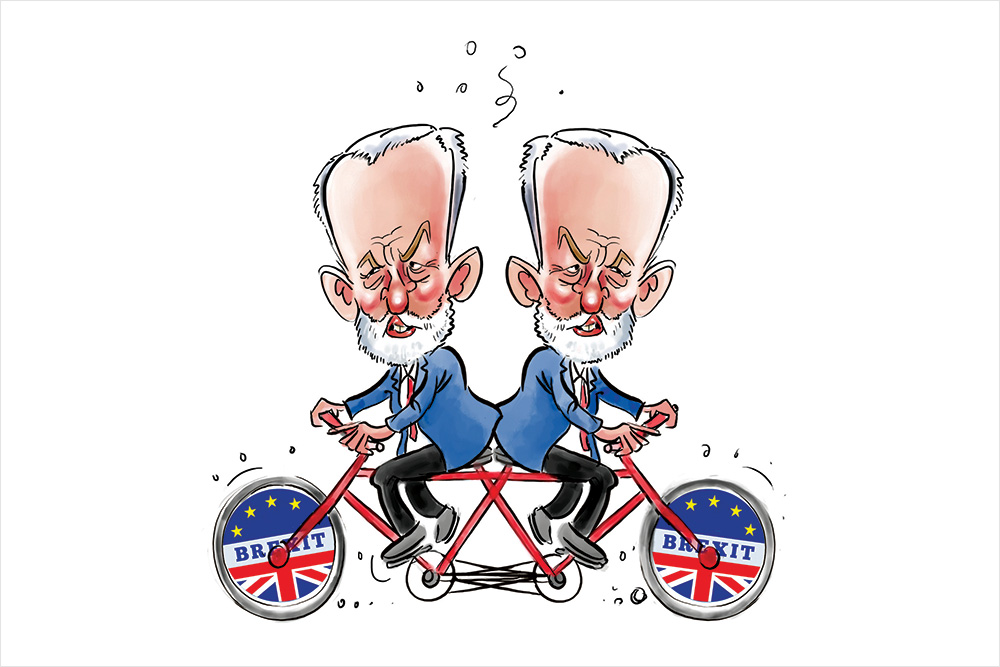 “If Europe becomes a totally brutal organisation which treats member states in the way it has treated Greece, then it would lose the support of many people.”

Corbyn said suggesting he might vote to leave the EU, July, 2015

“No, I don’t see that position because I think we are going to be working with trade unions and social groups all across Europe as well as social groups in this country.”

When asked if Labour would campaign to leave the EU, September 2015 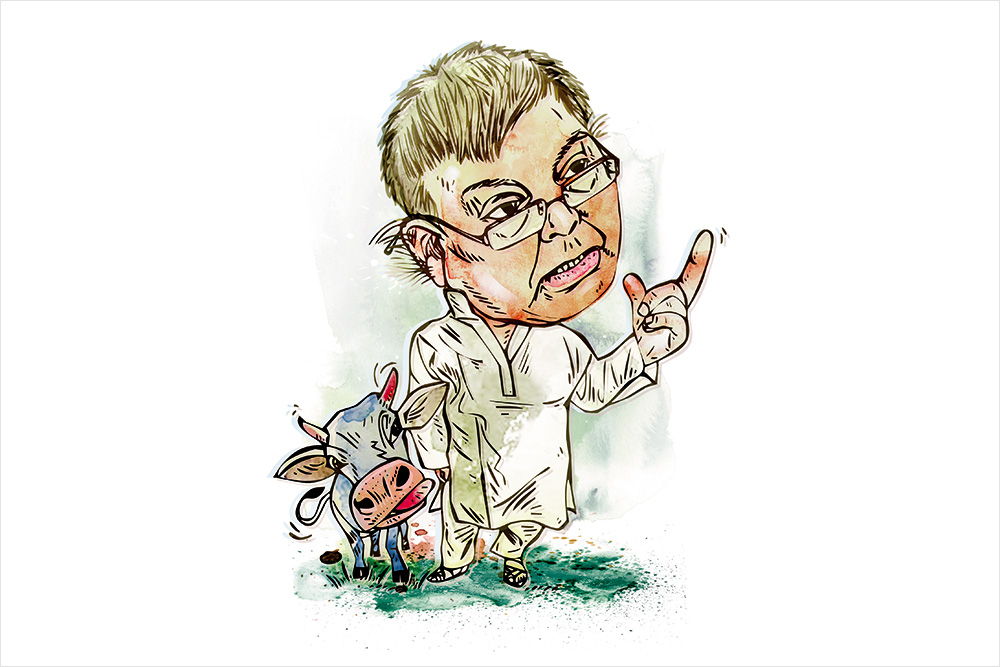 “If the BJP think Hema Malini’s campaign is going to get them votes, they could not be more wrong.”

During the 2015 assembly elections in Bihar, on the BJP’s reliance on the former film actress to draw crowds

“I love you and your art so much that I named my daughter Hema.”

The RJD patriarch to Hema Malini during a cultural programme in Patna, 2016 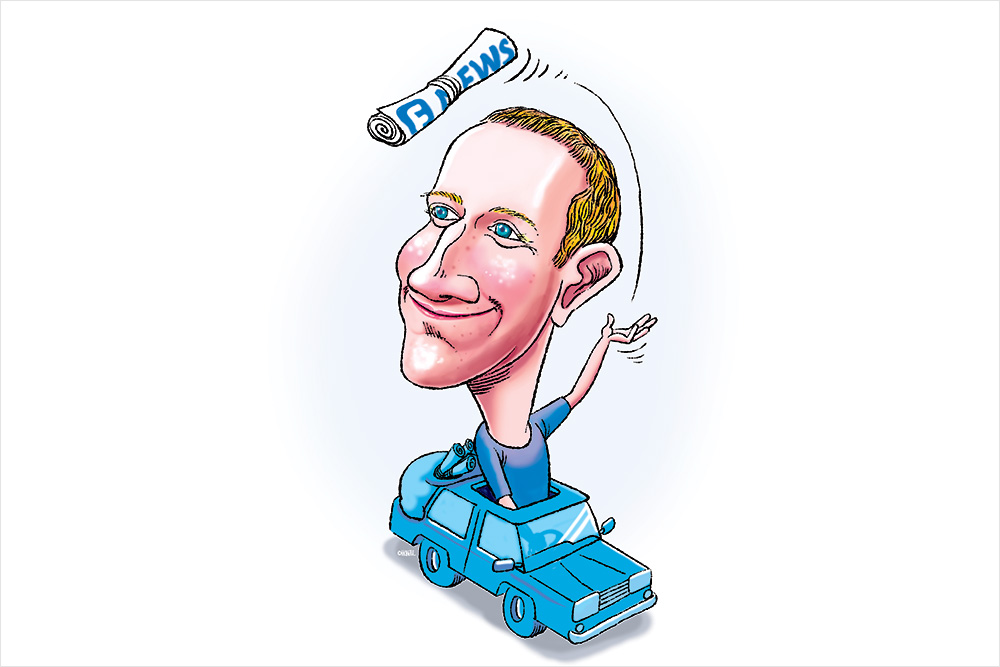 “We are a tech company, not a media company.”

“Facebook is a new kind of platform. It’s not a traditional technology company; not a ­traditional media company.” 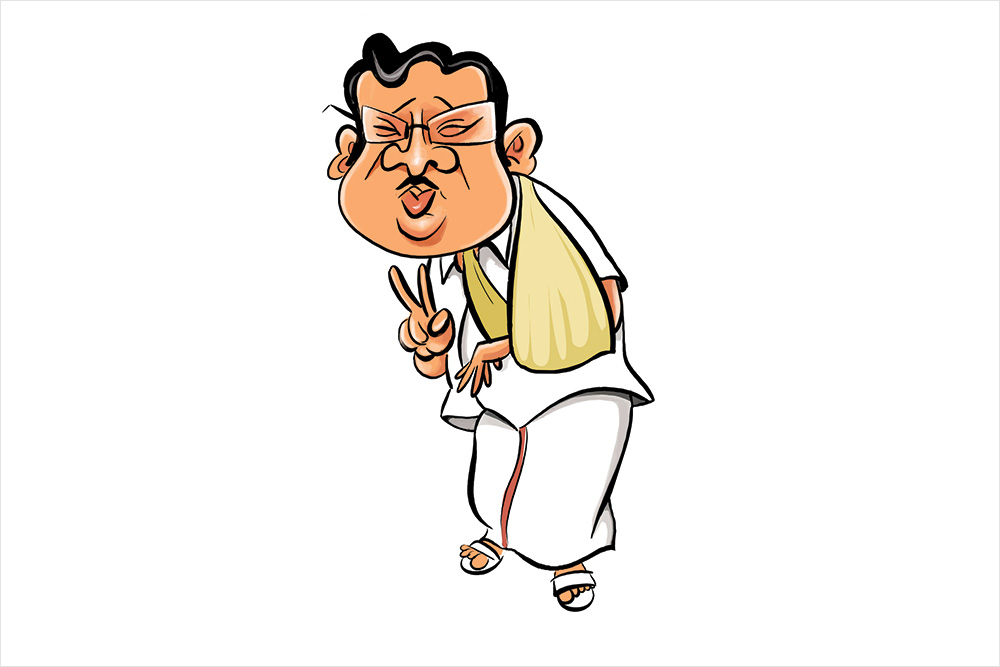 “The DMK will have to face the consequences if I am not readmitted to the party.”

After being thrown out of the DMK for anti-party activities, April 2014

“It is obvious that I will accept (Stalin’s) leadership if I am readmitted to the party.” 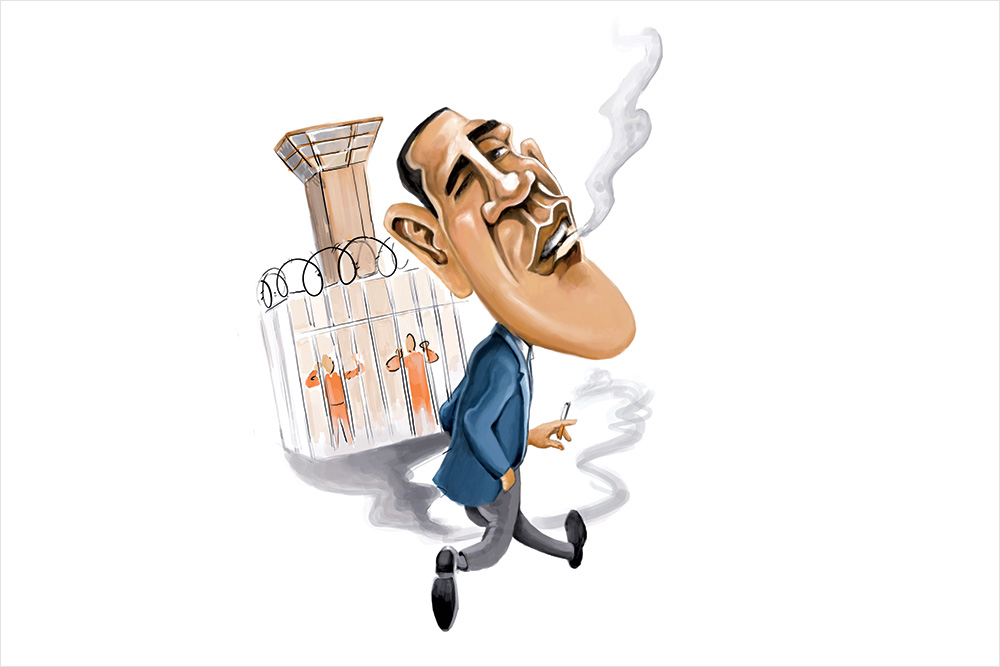 “I’m absolutely committed to closing the detention facility at Guantanamo. I’m going to continue to make the case for doing so for as long as I hold this office.”

On the campaign trail, sharing the growing sentiment about torture and conditions in the prison, 2008

“The executive order recognises the reality that some Guantanamo Bay detainees will remain in US custody for many years, if not for life.”

As US President, he kept the prison open through an order in 2013 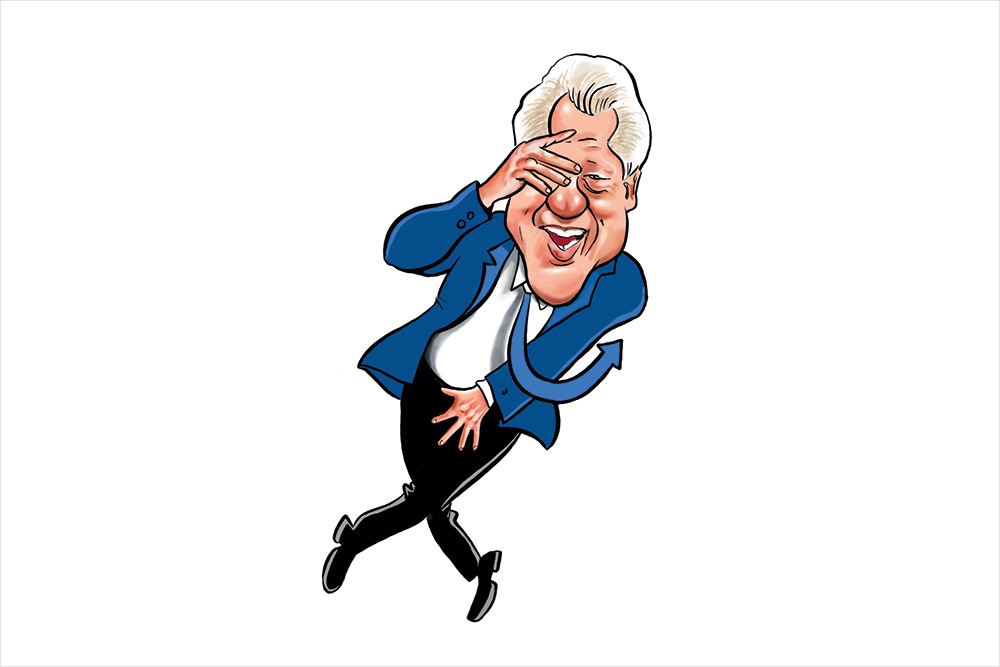 I did not have sexual relations with that woman, Miss Lewinsky. I never told ­anybody to lie, not a single time; never.”

Denying his affair with the White House intern, January 1998

Under growing pressure, he admitted to the affair to avoid impeachment, September 1998 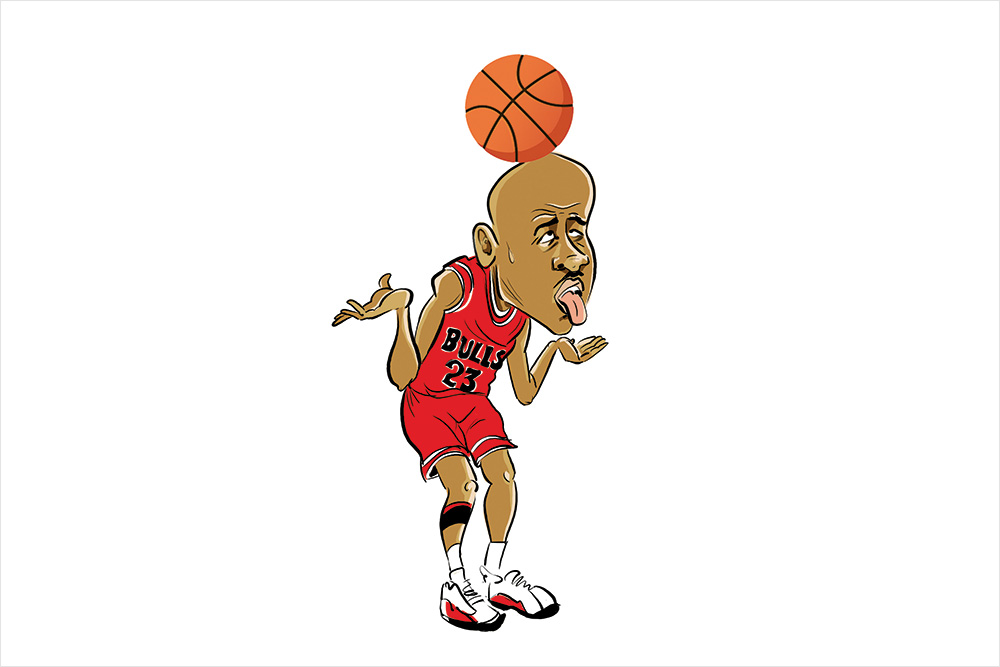 Michael Jordan, possibly the most famous and successful basketball player in US history. In 1993-94, he retired from basketball to pursue a career in baseball, saying,

“I’m at peace with myself over the decision.”

In 1999, he retired again, only to return as part-owner of the Washington Wizards. In September 2001, he returned to the game again as a player. Finally, he retired from basketball in 2003. 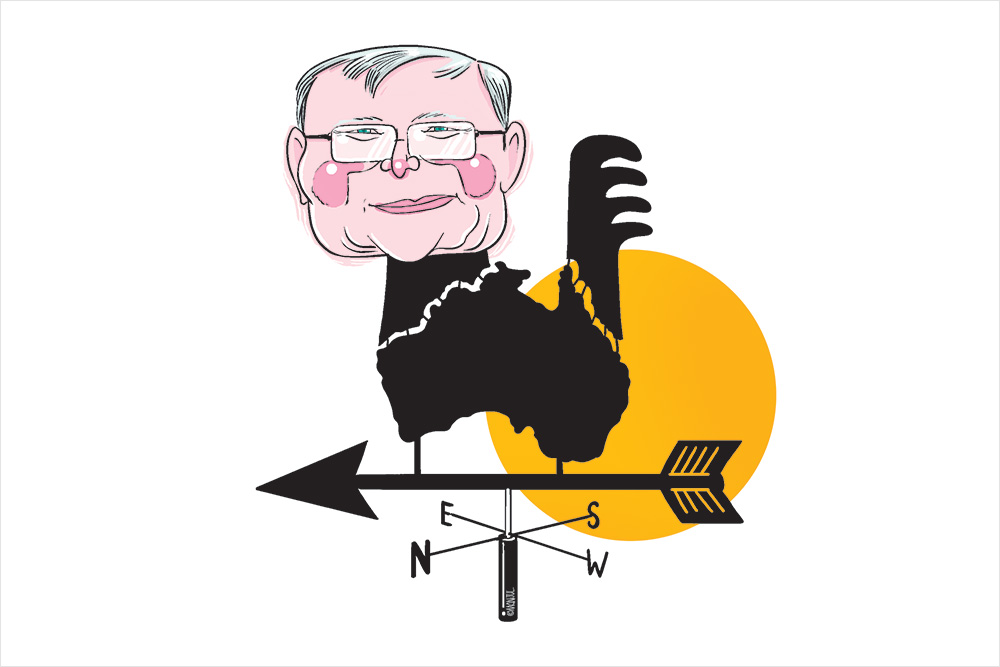 “The PNG deal is a hardline decision but it will bolster a robust system of border security and orderly migration.”

As PM, after reaching a deal with Papua New Guinea (PNG) to detain asylum seekers on Manus Island, 2013

“Frankly, the bottom line is that these poor folks should have been resettled in either New Zealand or Australia or elsewhere three years ago,”

As a private citizen, in an interview in which he claimed that detention was meant to last only for one year, 2017 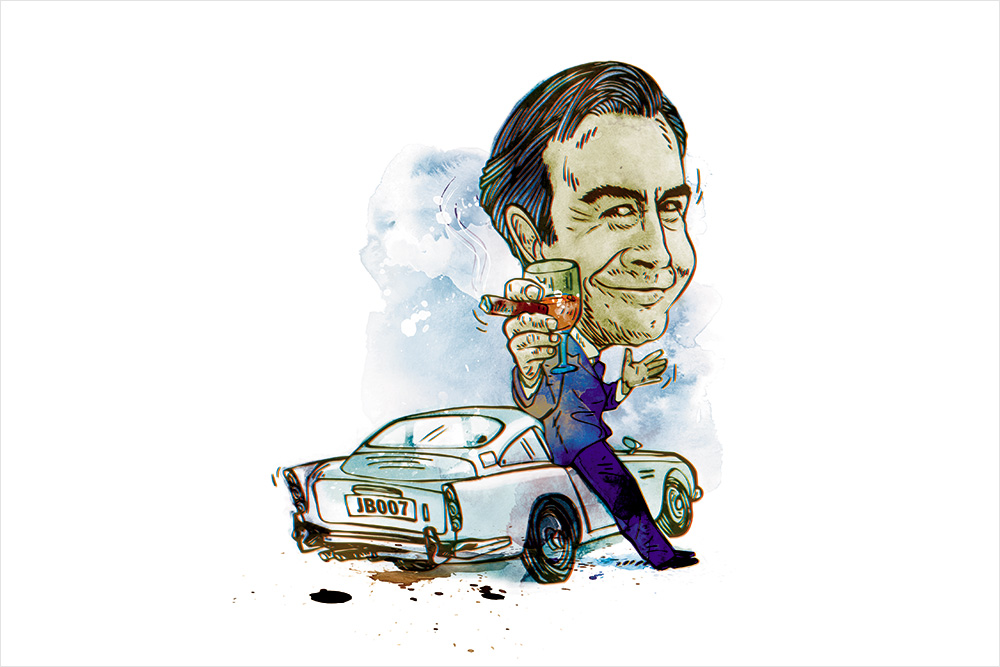 Sean Connery, the Scotsman who was the first 007 in the James Bond saga

“I will never play Bond again.”

After playing the role for the sixth time in Diamonds are Forever, 1971