From telecom to energy, the industrial powerhouse is taking giant strides. Its old knack of getting the right decisions from the right people is well in place. 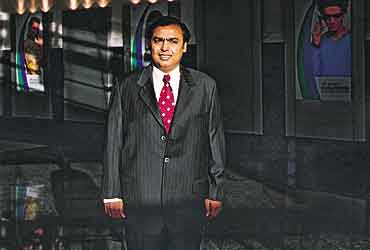 In the recent past, there have been a few carefully thought-out operational strategies. For example, last week, after Reliance acquired broadband provider Flag Telecom for $207 million (nearly Rs 1,000 crore), it now has bigger telecom infrastructure than any of its rivals. Then the country's judiciary gave several orders in the group's favour. The telecom tribunal stated that Reliance Infocomm's controversial limited mobility services, opposed by cellular firms, was legal. Now doubts only hang over so-called roaming services.

Finally, there are a few policymakers who seem convinced the Ambanis epitomise a nationalistic entrepreneurial spirit that needs to be unleashed across the country. Here's what Arun Shourie, India's telecom, IT and disinvestment minister (Reliance has interests in all three areas), said about Dhirubhai at the latter's memorial lecture last July: "We had all got convinced that persons like him (Dhirubhai) had done the country a service, they had put up world-class facilities in India in spite of the shackles by which governments had sought to confine them."