The Arc’s A Rainbow 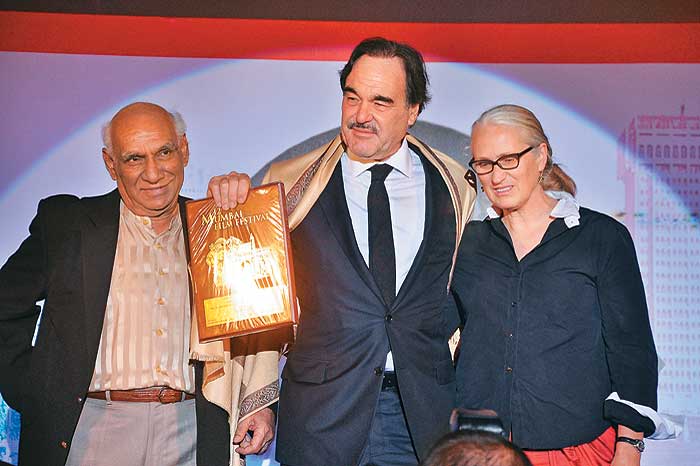 It’s rare to see a ‘House Full’ board or a queue outside a ticket window for any film these days, save the odd Dabangg or Endhiran. So the near-stampede at the recently concluded 12th Mumbai Film Festival (MIFF) for Alejandro Gonzalez Inarritu’s Spanish-Mexican film Biutiful, an affecting look at the embattled, fragile lives on the margins, did come as a beautiful surprise. The jostle and spontaneous slogan-shouting was to do with the organisers’ lack of foresight in scheduling the much-awaited film in a small multiplex. But the fact that the two subsequent (and hastily put together) late-night shows also drew in the crowds and left many begging for entry was proof enough of the buzz and excitement around the Javier Bardem starrer, and the event itself.

Biutiful was not an exception. David Fincher’s Social Network, a sharp, irreverent and entertaining take on the Facebook phenomenon, saw a similar mad dash, as did Abbas Kiarostami’s Certified Copy, a beguiling film on reality, replication and role-playing in art and relationships, Takeshi Kitano’s Outrage, a kinetic, playful, funny yet uber-violent film on gangland rivalries, and Mike Leigh’s Another Year, a meditative journey through time, relations and emotions. “Films are all that matter in a festival,” said filmmaker Sudhir Mishra. Good cinema certainly ruled at MIFF.

Delhi’s window to cinema from Asia and the Arab world—Osian’s Cinefan—died quietly this year for lack of funding, the Calcutta festival has been limping along in a lacklustre manner. and the official International Film Festival of India (IFFI), Goa, has forever remained caught in a bureaucratic stranglehold. The only consistently stimulating festival has been the Kerala International Film Festival. However, for the past couple of years, a similar energy and commitment have begun to underline MIFF also, the only international festival in India organised by practising film professionals under the aegis of the Mumbai Academy of Moving Images (MAMI). “It is fast emerging as the best film festival in India,” says filmmaker-actress and jury member Suhasini Maniratnam. And Amit Khanna, a MAMI trustee and chairman of Reliance Big Entertainment, says, “We aim to make it one of the top 15 festivals of the world in three years.”

MIFF has not always sported this significant a profile. This year, it seemed to have acquired edge and identity. A lot of thought and intelligence seems to have gone into picking the right films. Contemporary films, celebrated at the leading festivals—Cannes, Venice, Locarno, Berlin—managed to travel to Mumbai. Unlike iffi, the approach was not to wait but actively seek them out. “MIFF’s not run on bureaucratese but on the passion of film buffs,” says Khanna. The festival also put together a gem of a retrospective —43 classic Japanese films, from the 1920s to the present. “Young filmmakers and technicians get to benefit from such classic packages,” says Mishra.

Besides the thought and effort, the financial backing of Reliance for the past two years has also been a booster. “It has helped us access the best producers and distributors,” says MAMI chairman, Shyam Benegal. No doubt the handsome prize money of $150,000 for the international competition for first feature films has been attracting the best. “The competition entries have been of very high standards,” says Benegal. The festival also attracted international presence, with Oliver Stone holding a round table discussion and getting a lifetime achievement award. Little details mattered. Like an all women’s jury headed by Jane Campion, who also held master classes on direction and acting.

For every film you’d pick, there were two to sacrifice. Among the best were the Danish-Swedish Submarino, about scarred childhoods; the Romanian-Serbian If I Want to Whistle, I Whistle, an aching portrayal of delinquents’ brief brush with freedom and love; the Russian How I Ended This Summer, about the loneliness of two meteorologists at a desolate research station; the Korean Poetry focused on an aging woman’s urge to write a poem as she struggles with the guilt of her grandson’s misdemeanour and her failing health; and the French Of Gods and Men, about monks caught between the army and fundamentalists in Algeria.

The standout Indian efforts were Srinivas Sunderrajan’s The Untitled Kartik Krishnan Project, a film on filmmaking, made on Rs 40,000; Sudhish Kamath’s Good Night, Good Morning, a romantic film about a phone talk between two strangers; and Girish Kasaravalli’s Kanasemba Kudureyaneri (Riding the Stallion of a Dream), a tale of a grave-digger’s loss of faith in the power of his dreams.

However, not everything was uniformly rosy. The opening ceremony was marked by embarrassing glitches and shoddy performances and the closing was tacky too. The business centre needed to get more serious and focused on the game of buying and selling. The media, especially TV channels, complained of the lack of star presence. However, for Khanna, the challenge for the future lies in getting a good festival venue like Delhi’s Siri Fort or Calcutta’s Nandan complex. And Mishra looks forward to a better response from the industry: “After all, it’s our own festival, in our own city.”