The Anand And Ecstasy Of Super 30 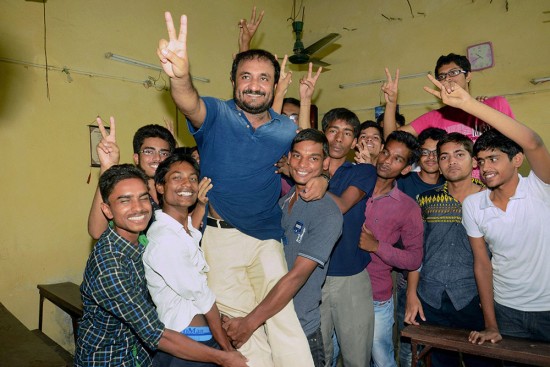 During his bicycle rides to and fro from college, the setting up of a school was all that occ­upied Anand Kumar’s mind. He realised he’d need a premises because there was no way he could teach anyone inside their own cramped house. But where would he get money for rent? Most kids would have no money to shell out, especially at the beginning.

In any case, the first task was to find willing students. He didn’t have to look far bec­ause two of his younger brother’s friends, Manish Pratap Singh and Rajnish Kumar, were eager to learn and move ahead in life. Both sons of clerks, they were no strangers to the ills of poverty and were willing to work hard. With a couple of interested students, Anand then set out to find a place to teach. After some searching, he managed to convince a man he knew in the neighbourhood, Ram Narain Singh, to let him use some space in a house Singh owned. When Anand inquired about the rent, the landlord said he could pay him any sum when he started earning something from his fledgling enterprise. Anand was overwhelmed, and took it as a sign that he was on the right track.