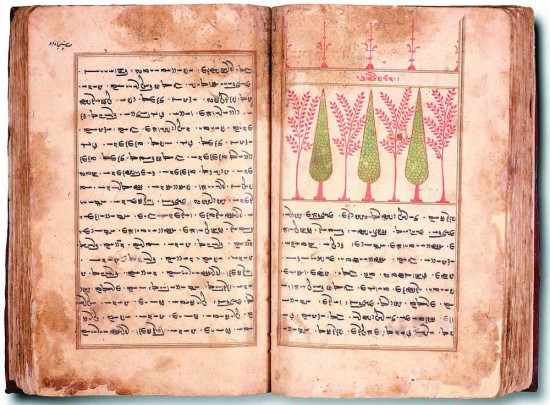 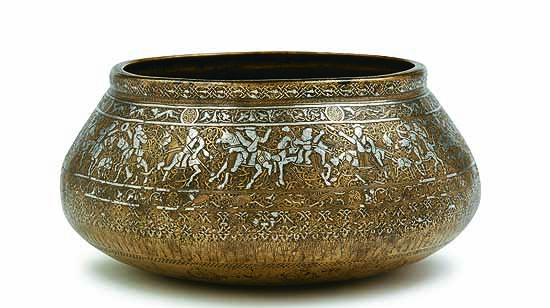 A frieze on a brass bowl