Who were the biggest zits on the idiot box? A champion schmoozer and talkanova lists his 2012 Top 5 in the bores-on-the-box category.

But there is a larger affliction that needs to be addressed: the one related to being able to make a point without clearing one’s throat or throwing something at the anchor. What is sadly lacking in India is the ability to hear great orators on television. We either see interrupters or the modern-day Vajpayees whose pauses say more than their words. So this is a list of people who would ordinarily bore us into surfing or switching off but inevitably they have a stranglehold on our remotes; that when these folks are on the box, even the remotes take sympathy on them. This list is personal and Outlook has indemnified me from any civil or criminal defamation suits since I already have my hands full with such suits. Please read them in the spirit in which I have prepared this list: an opinion that is personal and deeply honest.

Bore #1: Venkaiah Naidu: Of him I can safely say, he is probably the only human being who, when he opens his mouth, speaks in three languages—at the same time: in English, Hindi and Telugu, which while for national integration is good, but for comprehension, is terrible. So if he is speaking on the Babri Masjid, you might just think he is putting forth an argument for baby food. 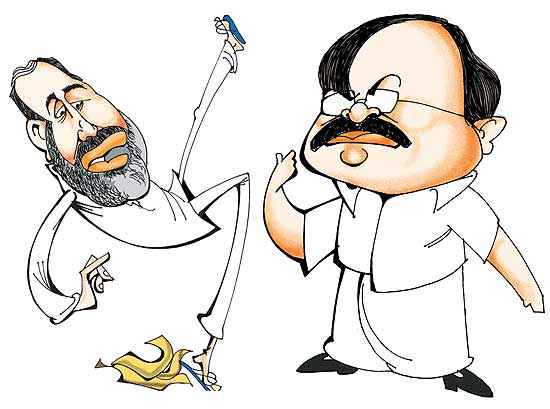 Bore #2: Sanjay Jha: I have no idea what he does. But neither does he or at least that is what comes across from the many introductions that anchors give of him. The one thing I do know is he is the perennial unofficial spokesman of the Congress party and/or the First Family which many a time is the same thing. The beard is reminiscent of a brooder who has lost his way: both with intelligent innocence and a loss of any kind of coherence. He is a perfect watch the night before you have blood tests. He will put you to sleep without you having to resort to any pills.

Bore #3: Renuka Chowdhury: She is an amazing looking person on television. She will smile, roll her eyes, cock a snook, raise her eyebrows but never say anything substantive. She more than adequately makes up for the PM’s poker face and stubborn silence. The reason why I would classify her a bore is because you cannot see the same sections of the Ramlila (or for that matter Kuchippudi) every evening on your TV set! Having said that, she is more fun than most of the party spokespersons we have blabbering on television. 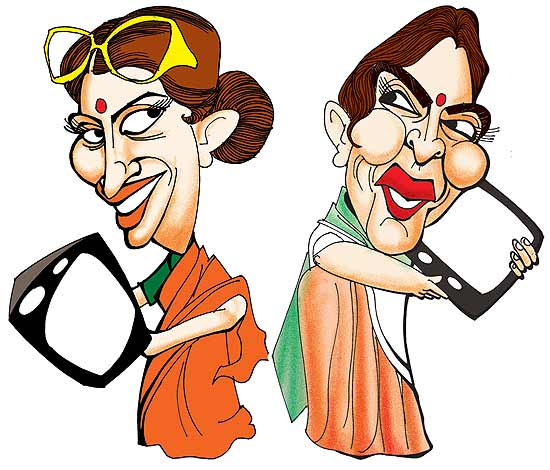 Bore #4: Smriti Irani: She was very good as the perfect bahu but then speaking on television requires a little more than being tearful at the drop of every TRP. She is boring because she is forever pontificating in a manner that seems to suggest that while she cares for you, she despises your very existence: much like what the average Indian bahu thinks of her mother-in-law in any case. She is dripping with affection one moment and then completely acerbic in another but I guess she still has to get out of the TV serial mode into a serious TV domain mode. It will happen. Give it time. She will be ready by 2025.

Bore #5: Madhu Kishwar: She is strident, militant and virulent. She’s also the only one who hits back at TV anchors with letters than by speaking on the programme itself. For, when she does, no one (not even her) can be heard because she is shrill and delirious with rage. On the many programmes I’ve been with her, I have cowered in the wake of her rage and uninspired anger but have never had the courage until Outlook gave me this unfettered opportunity! 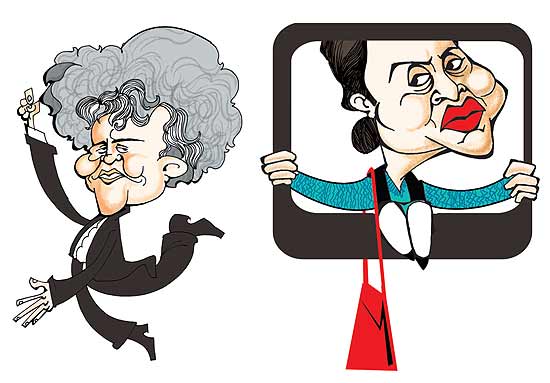 Bore #6: Suhel Seth: This man, seemingly a marketing guru, seems to believe he is an expert on everything. Does winning school and college debates give him the right to air his opinion on every issue on every goddamn channel? Even though I know what he does, I still believe that while he is a treat to listen to for his oratorical skills, his repetitive appearances on the box are a tad boring. So my advice to him would be to cut out frequent television visitations and instead focus on becoming a journalist at Outlook.

(Suhel Seth is managing partner of Counselage India. He can be reached at suhel AT counselage.com)

Give Us The Rope