Man Re Tu Kaahe Naa Dheer Dhare: the Song, the composer, the lyricist 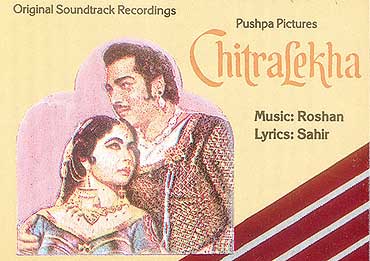 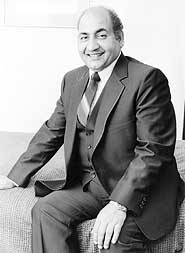 Kidar Sharma’s 1964 remake, in colour, of his B&W classic, Chitralekha, gave his star protege, composer Roshan, an opportunity to prove his mettle. Man re paraphrases a Tulsidas couplet:

Though the mukhda was suggested by Sharma himself, the song was written by Sahir Ludhianvi. The lyrics convey the moral dilemmas of a triangle between a samant, bhikshuk and a sensual courtesan. Mohammed Rafi’s singing lifts the heart and Roshan manages to rein in the tendency to over-emote in this otherwise marvellous singer.

In the film, Man re appears in the context of two other songs: a coquettish invitation by the courtesan—Ae ri jane na doongi—and another challenge to the unworldly man’s vow of renunciation—Sansaar se bhaage phirte ho, bhagwan ko tum kya paaoge—both sung by Lata Mangeshkar. - Partha Chatterjee 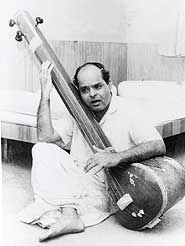 Roshan Lal Nagrath, better known as Roshan, was gifted with perfect pitch. He came from Gujranwala (now in Pakistan) to Lucknow seeking admission at Marris College of Music. The principal rang the bell on his table and asked Roshan to identify the note—which he did correctly. Soon, he began working in All India Radio as a jaltarang player before heading for the film industry in Bombay.

His music in Taj Mahal (1964) is still remembered for Jo vaada kiya woh and Paon choo lene do phoolon ko inayat hogi. Among his other successful films were Aarti (1962), Mamta (1965) and Anokhi Raat (1967). Few composers handled laya (tempo) with such throwaway mastery. "My father was an extremely dedicated person. You could catch him reading music and notations all the time. ‘Ek dhun yaad aa gayee (I suddenly remembered a tune),’ he would say if you caught him awake at 2 o’clock in the night," says his son, filmmaker Rakesh Roshan. - Partha Chatterjee 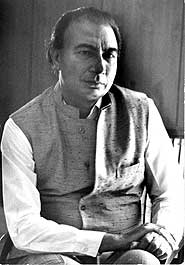 Sahir Ludhianvi may have been most famous for his obsessive love for Amrita Pritam but his songs were not just about the anguish of romantic love. The best of them were about the realities around him—about politics, inequities and injustices. Be it Yeh duniya agar mil bhi jaaye to kya hai and Jinhe naaz hai Hind par woh kahaan hain from Pyaasa (1957) or Chin-o-arab hamara from Phir Subah Hogi (1958), Sahir was effortlessly able to reflect the cynicism and disillusionment of post-Independence India. Yet, he could also sing of hope and optimism amidst all the discontent in Woh subah kabhi to aayegi. His poetry could also be sublime, introspective and deeply philosophical—Utna hi upkar samajh koi jitna saath nibha de/Janam maran ka mel hai sapna yeh sapna bisra de/Koi na sang mare—he wrote in Man re

Sahir’s real name was Abdul Hai and he was the only son of a landlord in Ludhiana. He made his debut with Naujawan (1951), best remembered for the song Thandi hawayen lehrake aayen. His first major success was Guru Dutt’s directorial debut, Baazi (1951). The best of his lyrics were written for films like Hum Dono (1961), Taj Mahal (1964) and Waqt (1965).

However, it was with S.D. Burman that Sahir created some of his most popular songs. The duo reached their creative zenith with Pyaasa (1957), which also marked a parting of ways. Yash Chopra’s Kabhi Kabhie (1976) is said to be based on the poet’s life. "As an Urdu poet, Sahir had developed such a fine sense of phonetics that when he wrote in Hindi, he applied the same sensitivity. Not many Hindi writers could have written songs like the ones in Chitralekha," says Javed Akhtar, in Talking Films, Conversations on Hindi Cinema by Nasreen Munni Kabir.- Namrata Joshi