The ancient Tamil poets sometimes compared the idli with the moon, and that’s what Murugan’s idlis remind you of 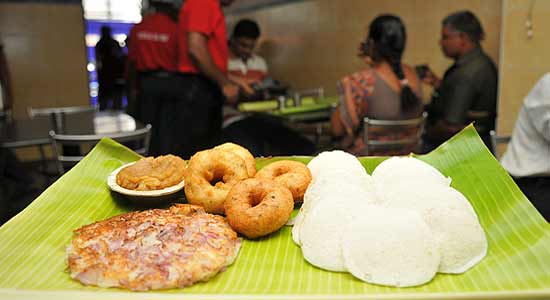 ‘Man creates The Perfect Idli. Man starts humble footpath idli stall. Idli becomes a runaway success. Man acquires fame and fortune.’ It’s a classic tale that’s been retold over the years, from Vijayawada’s legendary Babai Hotel and Bangalore’s Brahmins Cafe to Chennai’s own once-famous Rayar Cafe. But Murugan’s story is special. It began with a lady named Nayagathammal, who started a footpath idli ‘kadai’ in Madurai in the 1960s, to help support her family. Her business flourished, so her husband also joined in. Today their son Manoharan has built that little ‘kadai’ into a successful chain with outlets in Madurai, Chennai, even Singapore.

The ancient Tamil poets sometimes compared the idli with the moon, and that’s what Murugan’s idlis remind you of—prepared in the Madurai style, using a special kind of rice. But the real differentiator is their home-made chutneys—coconut, mint, malli and tomato—made to Nayagathammal’s recipes, the spices ground by hand, extra fine, to get the flavour exactly right. Other specialities include their ven pongal and plump onion uttappams. When Manoharan was planning his first branch in Chennai, well-wishers advised him that Chennaiites were too sophisticated for his idlis; now he has opened five branches in T. Nagar itself to handle all the traffic and yet, unless you’re here before 8 am, be prepared to queue up. Old customers grumble, however, about rising prices and declining standards. Murugan’s now even has its own local cricket team: a nice R.K. Narayan-esque touch.

The Clearest Of Sapphires