Rushdie as a randy, callous, envy-filled geriatric. Padma is all poison ink in her revenge memoir. We, the voyeurs. 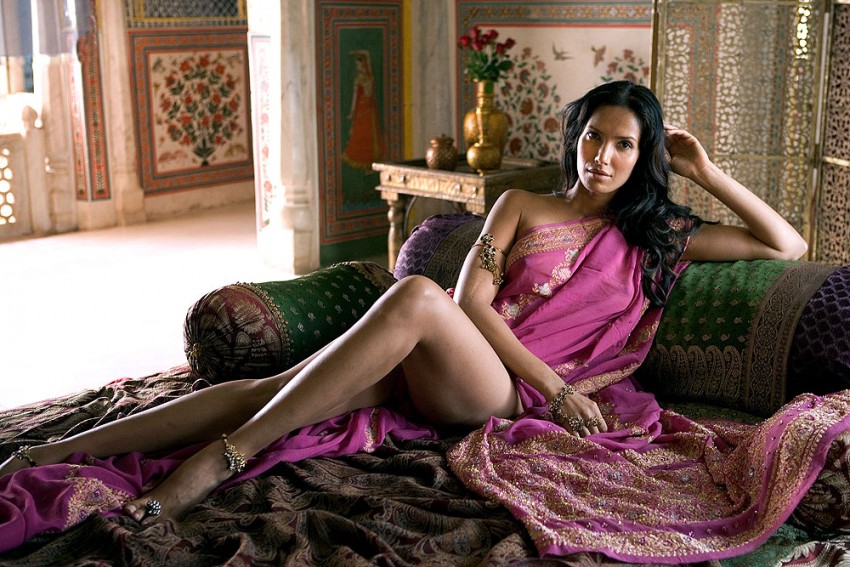 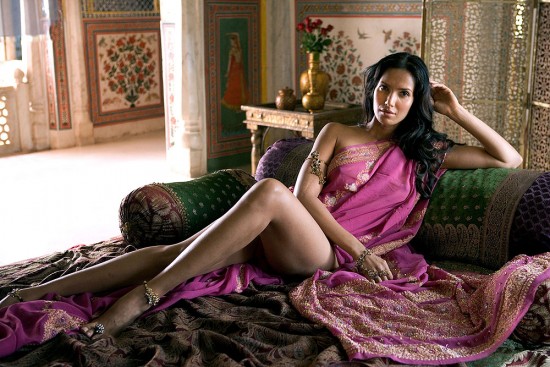 Rushdie According To Padma

Rushdie needed consoling every year he did not win the Nobel Prize, and their marriage was marred by jealousy and insecurity.

Rushdie needed constant care and feeding—not to mention frequent sex. Rushdie was insensitive to a medical condition that made intercourse painful for her.

When Padma started devoting more time to her profession, he felt sidelined. “I just wanted to also do something else on my own. I just wanted my own identity.”

Rushdie described her as “a bad investment” after she refused his sexual advances, and painted him as a cold and heartless husband.

There’s something about watching former lovers fight publicly that brings out a little bit of the voyeur in us all. The air hangs heavy with a spoor of betrayal and regret, and we wonder just what juicy and intensely perso­nal bullets of warfare will be unleashed as the spat gets dirtier and nastier. Shashi Tharoor and Sunanda Pushkar, Kanye and Amber, Ross and Rachel—and recently, everyone’s favourite literary-modelling-culinary couple, Salman and Padma. Padma Lakshmi, the model, food writer and host on the US TV show Top Chef, has had her latest memoirs published this week, causing “quite the stir” as she “peeled back the layers” and “lifted the lid” on her tempestuous marriage to Salman Rushdie, the author and Booker laureate, from 2004-07. And gleeful American and British newspapers seem­ingly left no gastronomic metaphor unsa­utéed in their coverage of this tale of fatwas and felo­nious envy.

Padma’s book, Love, Loss, and What We Ate, describes her time with the Satanic Verses author in much det­ail—much of it unflattering to the novelist. According to her, he needed constant atten­tion and mothering— as well as sex. But before wives the world over ask what exactly her beef is, considering their husbands behave in exactly the same way, Rushdie’s reputation takes a somewhat more considerable battering when she says he callously ignored a medical condition that made sex agonising for her. Rushdie once became so enra­ged by her rejection of his husbandly advances that he denounced her as a “bad investment,” she wrote. Ouch.

When her undiagnosed endometriosis, a condition affecting the lining of the womb, saw her libido all but vanish, according to the book, the insensitive Rushdie became furious that their love life had petered out. Eventually, she would undergo more than one operation to treat her sev­ere ailment, which left her thinking she would never have children. But, she writes, her significant other appeared more worried about how these developments affected him, most notably her ability to perform her wifely duties. 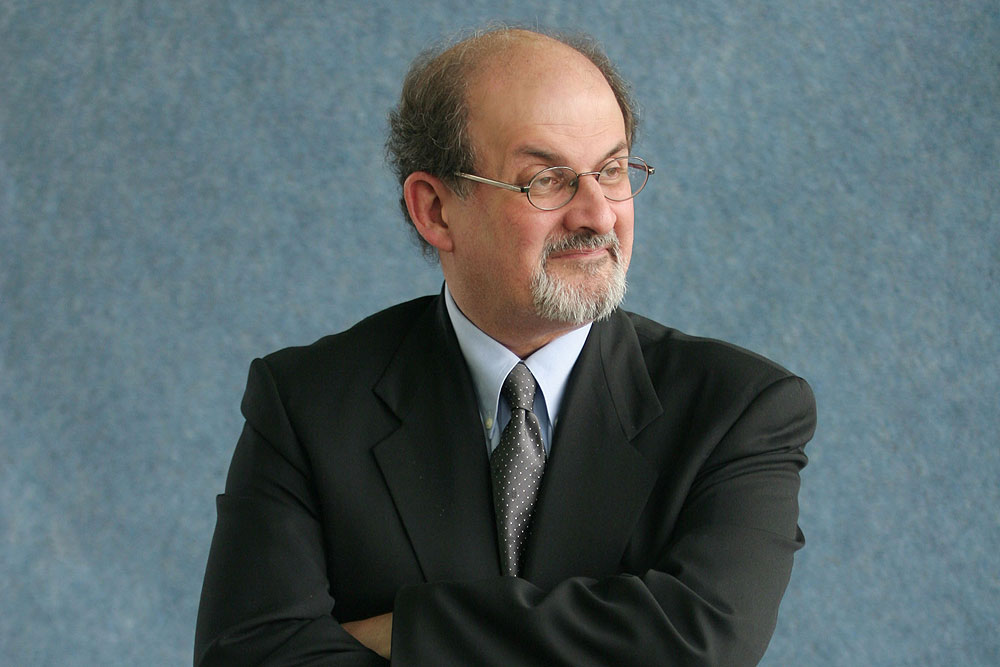 When Padma said no to sex because of the pain, the author replied, “How convenient,” she claims. Double ouch. Their rows got worse, says Padma, with Rushdie “lethally eloquent” during their spats. On top of that, he was often away at literary events, book signings and generally globe-trotting during her lowest points. For insta­nce, after a five­-hour operation, she came home with stitches in

several major organs and stents in both kidneys, but Rushdie left the next day, she says, for a trip, simply saying, “The show must go on, after all,” as he flitted off from their New York home. Padma went straight to a divorce lawyer the first time she felt well enough to leave her house. Oh...so much ouch.

This was all a sad end to their romantic beginnings, she writes, after they first met in 1999 and embarked on an affair while he was married to his third wife. They soon became a couple proper and married in 2004­—Rushdie used to bring her breakfast in bed every morning before she bolted off to the gym, she reminisces. She managed to overcome her initial awe at hanging around with his highbrow friends, “literary giants” like Susan Sontag and Don DeLillo, by preparing sumtuous meals for them. At parties, people would breathlessly ask what it was like to live with a man so brilliant. It was blissful, she writes. But bliss is usually shortlived.

Things changed, she said, when her own career started to knock at the door of his. He was the brilliant and cerebral author who represented free speech and had an Ayatollah’s death sentence on his head. She had already appeared in two shows on the Food Network when Andy Cohen called from Bravo. Top Chef, with master chef Tom Coliccihio, was in its second season. He wanted her to join the cast.

Newsweek then put her on its cover ill­ustrating a story about the “New India”. The envious Rushdie snorted that “the only time Newsweek put me on their cover was when someone was trying to put a bullet in my head,” she says. And, each year when the Nobel Prize went to another writer, Rushdie took it hard. Padma would have to console him. 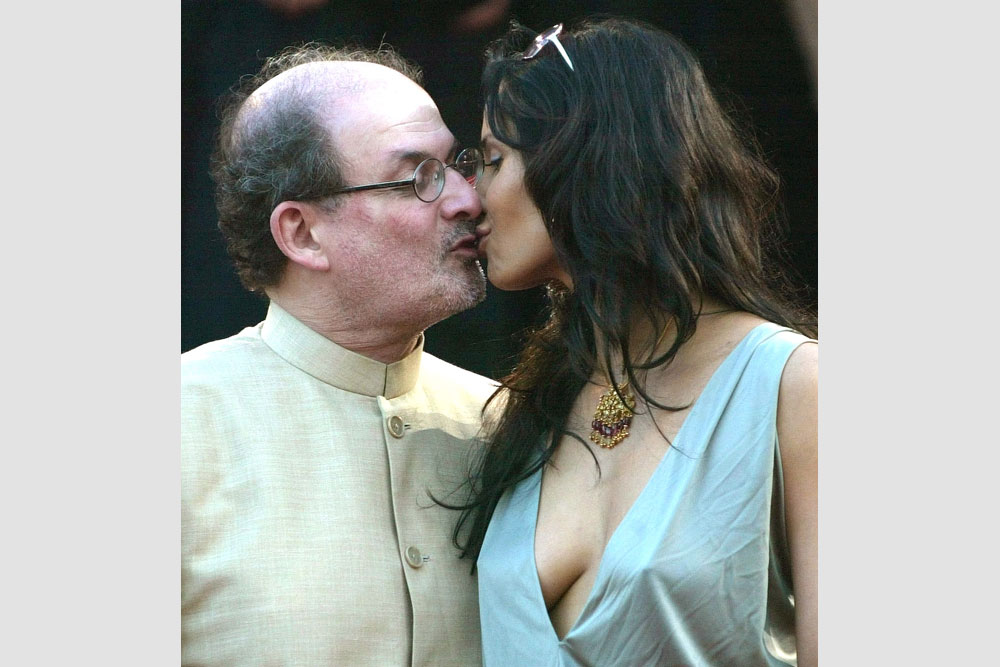 So what are we to make of all this? Memoirs are, after all, inherently a subjective affair. They give us a glimpse into the dynamic of a relationship, but is it any more than a glimpse? While Rushdie has yet to respond to the claims that he is a thoughtless and randy old goat, Padma herself does not shy away from her own shortcomings. She talks in detail about her sexual experimentation on the modelling circut in her youth saying “(I) acted out my curiosities and fantasies”— inclu­ding at least one lesbian encounter. “Some I regret, but not all, like knowing what it’s like to touch and be touched by a woman,” she writes.

She also details life post-Salman and her own infidelities, when she was in a relationship with the business CEO of IMG, Ted Forstmann, who was 30 years her senior. One tryst with the US venture capitalist Adam Dell led to her becoming pregnant, and a messy and public paternity battle over her daughter Krishna. So, perhaps, it is not quite the hatchet job on Rushdie that many initially assumed. Either way, Rush­die is staying quiet, for now.

But then, maybe he has said all he wants to on the matter in his own scathing memoirs four years ago. In Joseph Anton—tit­led after the pseudonym he chose during his years in hiding after the first names of his two favourite authors, Conrad and Chekov—in a no-way-pretentious flourish, he personifies Padma as a dunderheaded, fame-hungry nymphette with bold ambitions to match her brazen beauty. Yikes.

He referred to her as the “millenarian illusion” after meeting her in 1999, and portrayed her as insecure and naive—someone who would ask him to stop accom­panying her to Hollywood events as too many people wanted to speak to him and not her. But he openly admitted that he was bewitched by her looks. “If I ever meet this girl my goose is cooked,” he recalled, thinking of when he first saw her pict­­ures in a magazine.

Rushdie also detailed Padma’s rather soap-operatic musings when when they first spent the night together in a hotel: “There’s a bad me inside me and when she comes out she just takes over whatever she wants.” He said, despite his amusement at her melodrama, “it failed to send me sprinting home to my marital bed.” Double yikes.

The forensic takedown continued, “She was capable of saying things of such majestic narcissism that I didn’t know whether to bury my head in my hands or applaud,” wrote Rushdie. “When the Indian film star Aishwarya Rai was named the most beautiful Indian woman in the world in some glossy magazine or other, for example, Padma announced in a room full of people, that she had ‘serious issues with that’.” Will the yikes never end?

And with him describing her photoshoots as her “having sex with hundreds of men at the same time and they don’t even get to touch her, there’s no way an actual man can compete with that”, indeed, will the yikes stop? Both liked the ideal more than the reality­, it seems—but is that so absurd? A female columnist in the Daily Tele­graph had this to say on the older man-younger woman relationships that have been with us since time immemorial: “They love women as a figment of their imagination; vanilla-scented and stress-free. They are there to listen to and nourish them. This figment doesn’t have problems or goals of her own. She doesn’t bleed or cry or complain. She is merely an accessory to his life; an extra in his film. And—here’s a sentence I never thought I’d write—we have all dated a Salman Rushdie. A man who showers you with attention at the beginning—a man who makes an art of courtship when you’re nothing but a dazzling appendage on his arm, but seemingly loses interest when it isn’t all about them.”

When The Paints Go Marchin' In