That Dull Drone From Bangalore 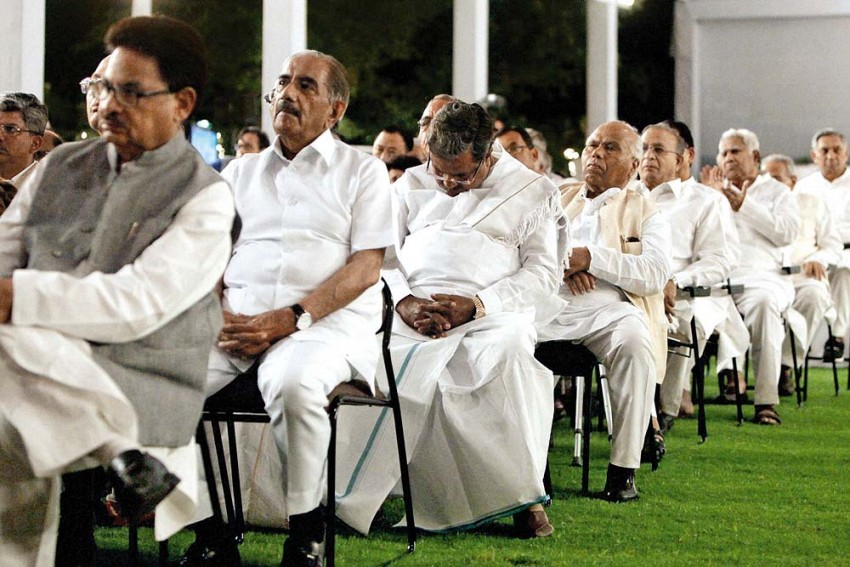 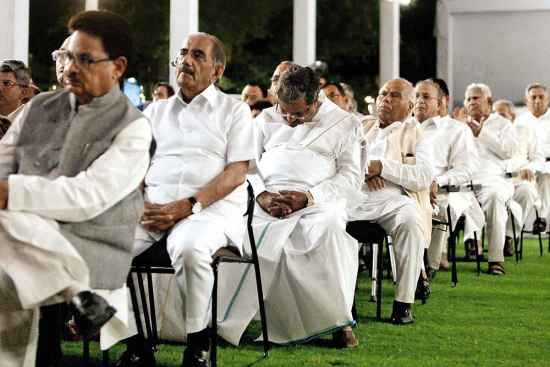 The life and soporific times of Karnataka CM Siddaramaiah

The Karnataka government’s mishandling of the death of IAS officer D.K. Ravi, apparently by suicide, is a reflection of  the way chief minister K. Siddaramaiah operates. The IAS officer, known to be upright, effective and courageous in taking on sand mining mafias, had been found dead in his house on March 16. He had hanged himself from a ceiling fan with an orange-col­oured sari. Police said that, prima facie, it was suicide. The next day, protests broke out: foul play was suspected, given Ravi’s reputation as a duty-abiding offi­cer. Over the next few days, there were demands for a CBI probe. After Sonia Gandhi’s intervention, the chief minister agreed to one. Meanwhile, the high court restrained the state government from presenting in the assembly the details of the preliminary investigation into Ravi’s death. This was on a petition from the husband of an IAS officer whose name had turned up in the investigation.

Siddaramaiah mishandled it right from the beginning. A BJP MLA alleged that a minister was involved. Ravi’s parents staged a dharna outside Vidhan Soudha, demanding a CBI probe. There was nothing to lose in ordering a CBI probe rightaway, but Siddaramaiah stood adamant. Critics of the CM from his Congress party say he could have conducted himself better, especially to set an example as the chief minister of a Congress-ruled state post the 2014 debacle. He took a tunnel view, and at the end of it, he saw the father-son duo H.D. Deve Gowda and H.D. Kumar­as­wamy, his rivals from the Janata Dal (S). He thought they were playing the Vokkaliga card: the Gowdas and Ravi belong to the powerful caste group. One day, the CM is reported to have screamed at his cabinet ministers, “Don’t be scared of that father and son. I know what they’re up to and I know how to deal with them!” They had been trying to tell him there was nothing wrong in letting the CBI take over the case.

Says a senior Congress leader who does not want to be named, “What would he have lost if he had handed over the case to the CBI on the first day itself? It was an opportunity to gain from. Seriously, tell me, did it require a Sonia Gandhi to tell him to hand it over to the CBI? Who would have moved a privilege motion in the assembly against him if he had made the announcement on Friday soon after she had called him? At least he could have cut the losses for three days instead of waiting until Monday for the assembly to meet!”

The bureaucracy, which was once tired of the former BJP regime, is frustrated with the chief minister and his ways. Officials speak of a trust deficit. “Being plainly honest is not adequate,” says a senior bureaucrat. “You also need to be effective. That edge in the administration comes from decisiveness both in the bureaucratic and political leadership.”

Ministers, ruling party legislators—­everyone speaks of a disconnect with their leader. “There’s a kind of wall bet­w­een him and us,” is a common refrain. They say Siddaramaiah, after quitting the Janata Dal (S), has not integrated himself well in the Congress. “He still has his small group of associates. They are all the time around him, and that makes many of our colleagues uncomfortable. It’s difficult to have a one-on-one meeting with him,” says a senior Congressman. 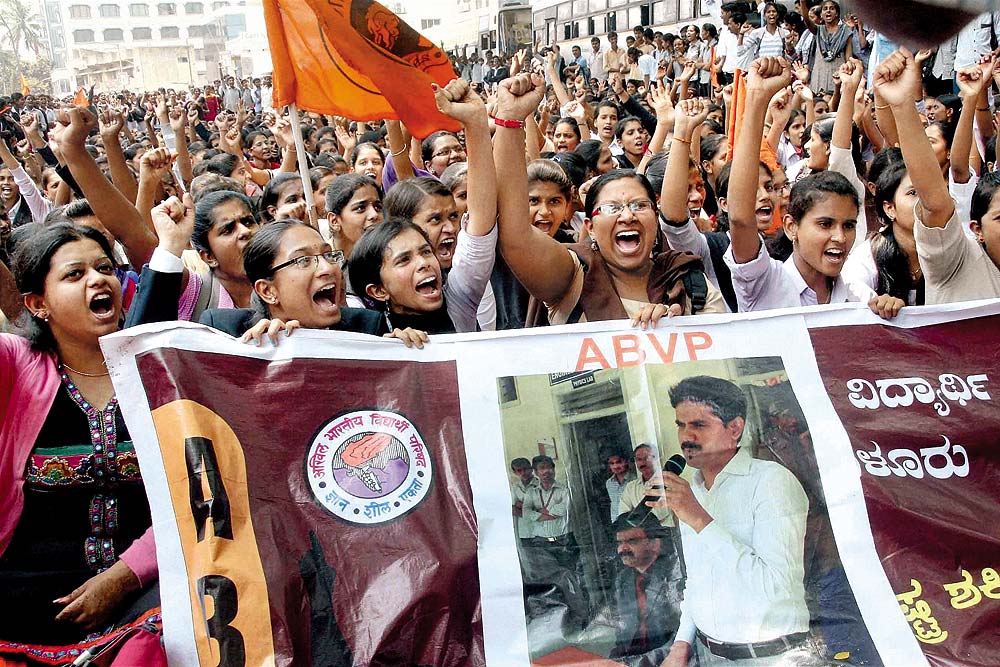 When protests erupted over the death of IAS officer D.K. Ravi, Siddaramaiah tarried over giving the case to the CBI.

At the same time, there are those who point out “how remarkably democratic” he is. Says a dyed-in-the-wool Congress­man, “You can say whatever you want in the most polite or even the harshest manner in the cabinet meetings. You can even speak to him in singular terms. Those who can express something are given a patient hearing. Every decision taken in the cabinet is democratically taken. None can challenge this.” But the trouble is, he says, Siddaramaiah is brusque, may pounce on you, he may bluntly say something cannot be done, instead of explaining why. And, the senior leader says, Siddaramaiah, who is from a backward caste, also has to fight caste prejudice.

Ministerial colleagues say Siddara­maiah’s obstinacy in not handing over the Ravi case to the CBI and insisting that a state CID probe would do was typical of him. Quite often, they say, he doesn’t take the advice of those who matter in the party. His budgets did not focus on economically backward gro­ups; ins­tead, he gave out sops to socially backward groups. He has not been smart enough to try to expand his base by winning over other groups.

There’s hardly anyone who defends Siddaramaiah. Close associates prefer to maintain maun vrat. And the Congress leadership? In criticising the government, the Congress leadership has performed better than the opposition. State president Dr G. Param­eshwara seems to believe it is his moral right to be deputy chief minister even though he lost an election. He has no qualms about embarrassing the chief minister by demanding that a Dalit be made the CM. There are fears this could fragment Dalit support. All this indicates that the Congress is in a bad way in the state though it is in power. Three years on, assembly elections are due. And there is reason to worry.

Will the resentment in the Congress lead to a demand for a change in leadership? It’s difficult to say now. But Siddaramaiah, unless he does something about refurbishing his government’s image, will find himself taking orders from the Congress high command. Generally, the high command has given Siddaramaiah a free hand because he is known to be non-corrupt. But pragmatism is equally important.

Some politics watchers have a diagnosis of Siddaramaiah’s condition. They say that in becoming chief minister, Siddaramaiah thinks he has achieved his life’s biggest ambition. He doesn’t care about what happens now, whether he leaves with a good record or bad. That, they say, explains his disconnect with the public and his colleagues. It could prove costly for him—and the moribund Congress.