That Darkness Still Stalks Our Dreams

Amid the beginnings of an attempt to stifle all dissent, the PM must remember JP, one of his gurus 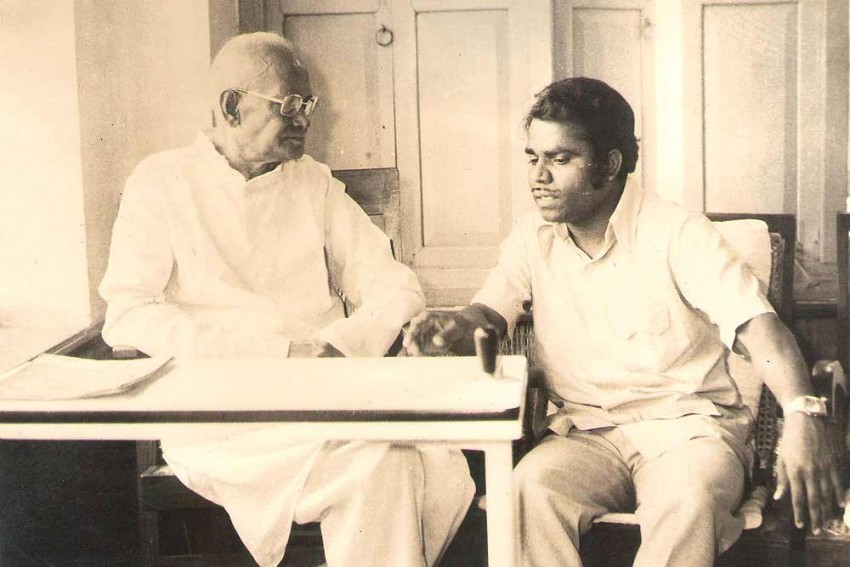 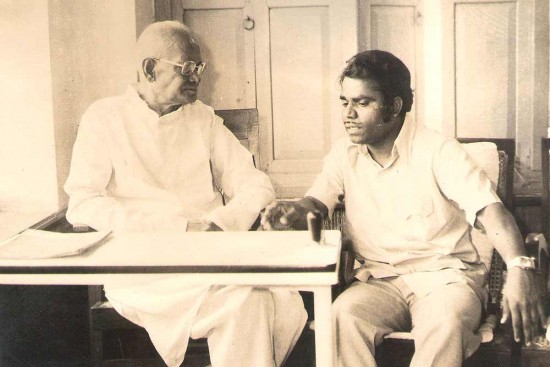 On the midnight of June 25, 1975, prime minister Indira Gandhi nearly destroyed India’s democratic framework with a piece of paper that proclaimed a state of emergency. It was carried by her private secretary to the President, who meekly signed it. The misgovernance that followed extinguished freedom, suspended fundamental rights, fettered the press, suppressed dissent. More than one lakh citizens were illegally detained. Draco­nian laws followed. Democratic governance collapsed.

At that time, I was the district magistrate of Chandigarh, a Union Territory governed by the Centre. The home ministry and the PMO were directly monitoring my “eminent prisoner”, Jayaprakash Narain, India’s tallest leader after Mohandas Gandhi, and now Enemy No. 1 of the state. He’d been arrested by the district magistrate of Delhi and sent to me for safe custody. So I had a ringside view of the Emergency, right from the corridors of power in Delhi to the streets of Chandigarh. Everyone could see the Emergency drama around them, but I—a member of the elite IAS, but primarily a freedom-loving citizen—had the opportunity to witness, feel and be a part of the intense struggle of JP, the “revolutionary in chains”.

In my own humble way, I initiated certain moves for reconciliation between JP and Indira Gandhi so that the Emergency would be lifted and democracy restored at the earliest. I’d even roped in Sheikh Abdullah for the purpose through the good offices of Punjab chief minister Giani Zail Singh. These efforts were repeatedly sabotaged by an extra-constitutional authority at Delhi’s pinnacle of power. Mysteriously, starting early November, the health of JP, who was lodged at the Postgraduate Institute of Medical Education and Research in Chandigarh, began to deteriorate sharply. I had every reason to suspect that a conspiracy was on to incapacitate JP by damaging his kidneys and put him out of harm’s way if not eliminate him. Probably, Delhi durbar felt that JP was the only person of moral stature who could challenge the dynasty. Later events proved me right.

By divine grace, I could defeat the conspiracy by playing hardball with the Centre with a pointed poser: “What if JP dies in detention?” That sent shivers in the PMO, for just a few weeks earlier,  sleuths had rehearsed a “death-in-detention” drill. Within a week, JP was released on unconditional parole. In defiance of Delhi durbar, I commandeered seats on a flight and sent JP to Jaslok Hospital in Bombay with his brother Rajeshwar Prasad and friend Minoo Masani. We were just in time for his kidneys to be saved. JP lived for four more years, albeit on dialysis twice a week. For this audacity, I did incur the wrath of the ‘dynasty’ scion and his minions. But I had the honour of JP calling me “the son I never had” and Dr Manmohan Singh complimenting me, saying, “Deva, you did not merely save JP, you saved Indian democracy.”

In the 1977 election, JP led the Janata combine and threw the Congress out of power. Needless to say, the conspiracy to damage JP’s kidneys was never fully investigated and the Alva commission set up by Janata government was wound up under intense pressure from vested interests still owing allegiance to the Congress dynasty.

Be that as it may, a ‘secret’ IB report leaked on June 11 lists me among ‘eminent persons’ who are part of an anti-national, foreign-funded “Superior Network of pan-India NGOs”, including Greenpeace and People’s Union for Civil Liberties (PUCL). These NGOs are allegedly “taking down development”, impacting GDP by three per cent and endangering “national economic security” by articulating people-centric issues. Is that not the sort of language used during the Emergency? The PUCL, founded by that great patriot JP, responded that the report was an attempt to intimidate and kill dissent from those who raise an often lonely voice against life- and livelihood-destroying development programmes. 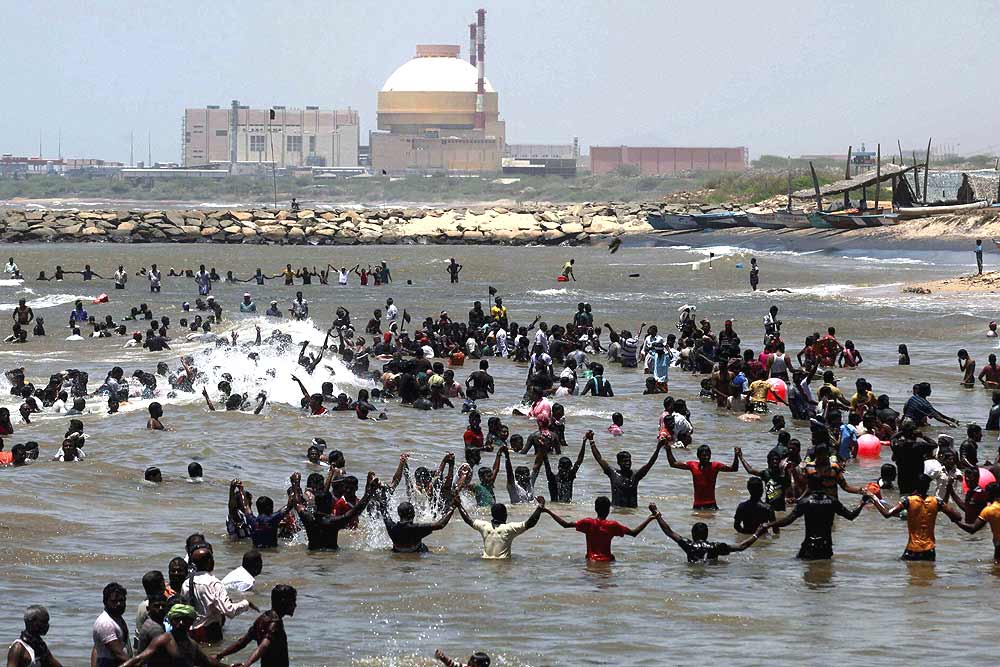 Indeed, I have been speaking up against big-ticket, forest-destroying, coast-ravaging and livelihood-killing proje­cts such as Vedanta and Posco. Also against  resource-guzzling, secretive and extremely expensive nuclear projects such as the 2,000 MW Koodankulam plant (to be expanded to 6,000 MW) and the 2,800 MW Gorakhpur plant (in Haryana).

I oppose the Koodankulam project because it has devastated the southeastern seabed and would rob lakhs of fisherfolk of a livelihood. It could also hang like a sword of Damocles over millions of project-affected people because of unsafe equipment. As recently as May 14, six personnel were seriously injured at the Koodankulam plant because of malfunctioning valves. I oppose the Gorakhpur project because the 320 cusecs of Bhakra canal water allotted to this plant would deprive 1.4 lakh acres of farmland of water. The region is semi-arid and the cotton, wheat, pulses and oilseeds grown here depend on irrigation from the canal. Farming supports the lives of about a million directly engaged in it here. Villages here are also the habitat of blackbuck (a “near-threatened” species) and the project will cause the animals immense harm. Another reason I oppose nuclear reactors  is because post-Fukushima, they raise great worries about being a threat to life itself. Nuclear energy, which generates just one per cent of the country’s needs, is not the answer to India’s electricity problems. It is also very expensive, if all costs—capital, construction, commissioning, operation, decommissioning and safe storage of spent-fuel—are honestly factored in.

This ‘development’ model is anti-poor. Opposing them, in fact, is in consonance with Prime Minister Narendra Modi’s governance agenda, unveiled in the President’s add­ress to Parliament on June 9. It swears by ‘sabka saath, sabka vikas’ or inclusive development and goes on to say: “...my government commits itself to the goal of poverty elimination. With a firm belief that the first claim on development belongs to the poor, the government will focus its attention on those who need the basic necessities of life most urgently. It will take necessary steps to provide security in its entirety to all citizens, through empathy, support and empowerment.” It is precisely these people-centric issues that the ‘listed’ individuals and NGOs are advancing. Intriguingly, the IB report was leaked the very day after this speech. Is it to scuttle Modi’s pro-poor agenda? The jury is out!

Back to the Emergency. Even after four decades, this dark era continues to haunt the nation. Writing in Outlook in June 2010, Arundhati Roy wrote: “June 26 is the 35th anniversary of the Emergency. Perhaps the Indian people should declare that this country is still in a state of Emergency.” When the UPA government threatened Maoist sympathisers with imprisonment under the Unlawful Activities (Prevention) Act, rights activists retorted: “We consider this as an attack on civil society reminiscent of the Emergency era.” Anchoring CNN-IBN’s Face the Nation debate on the censorship of Prakash Jha’s movie Raajneeti, Sagarika Ghosh’s poser was, “Are we under Emergency?” What now, with some top guns pushing for a harsher POTA and the decimation of ‘Maoists’ by deploying the military?

Despite the fact that the Emergency is remembered and recalled whenever any blatantly unlawful act or excess is committed, people at large, particularly those of the younger generation, have no idea as to what it was all about. On the eve of the 36th anniversary of the Emergency, veteran journalist Kuldip Nayar wrote: “The new generation must understand that today’s non-governance or misgovernance is the fallout of what Indira Gandhi had done 36 years ago by destroying an established democratic order.... How do you make the new generation relate to the Emergency imposed some 36 years ago this week? I have been asked this question many a time...I do not have an answer.” Nayar’s anguish is proof enough as to how this crucial part of India’s freedom-killing post-­independence history has been pushed under the carpet!

At the peak of the Emergency, when Indira Gandhi proclaimed that “food is more important than freedom”, JP had thundered: “Freedom became one of the beacon lights of my life and it has remained so ever since. Freedom...transcended the mere freedom of my country and embraced freedom of man everywhere and from every sort of trammel—above all it meant freedom of the human personality, freedom of the mind, freedom of the spirit. This freedom has become a passion of my life and I shall not see it compromised for bread, for security, for prosperity, for the glory of the state or for anything else.”

According to some accounts, JP was Modi’s guiding beacon during his long sociopolitical journey. Will Modi—who worshipped at the ‘temple of democracy’ before entering it—honour his icon’s freedom agenda or let petty minds belittle it? This is the billion-people question for Modi!

(The writer is a former army officer and IAS officer. He’s now an activist.)