Back to the era of mad dictators and tinfoil democracies 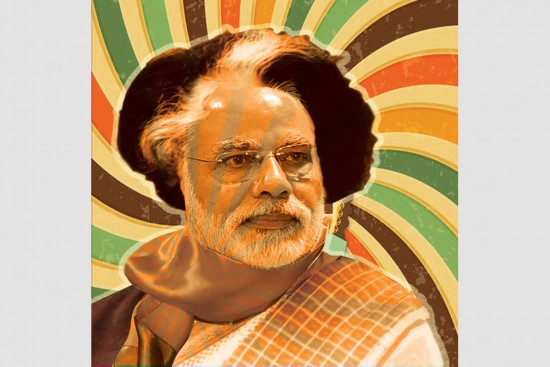 Oh, the shivers of nostalgia! It’s true—to paraphrase an old saying—if you remember the seventies, you weren’t in them. But who didn’t grow up learning about the dictatorial reign of Indira Gandhi? That disciplinarian of the Emergency years (secretly endorsed by the middle classes—you know, trains running on time etc), the conceited excesses of Sanjay Gandhi, the suppression of free speech and thought, news censorship, the crackd­own on universities and student demonstrations and slapping of terrifying sedition laws—all history now.

Or is it? It looks like the ghosts are back. If it weren’t for Twitter and headlines to remind us this is the 21st century, the two decades would be united by the tyranny of the majority. After all,  aren’t we all being stealthily prodded to see the s­­­im­ilarities between Modi and Indira all the time? If the paeans, both within his party and government, about his stately gait and dazzling machismo were not enough, his stature and working style are constantly used to conjure memories of the Indira era—all charisma, leadership and ruthless supremacy. Instead of reinvigoration through debate and introspection, with Supremo Modi we have mind-numbing loyalty. There’s even a list of do’s and don’ts for bureaucrats and ministers that range from a blanket ban on speaking to the media, not subletting official quarters to spending free time in Parliament library. And what could be a more touching avowal of the ’70s if not the revival of All-India Radio with the monthly torture of Mann Ki Baat.