Part realistically imagined historical reverie, yet rooted in Kerala’s 20th century diversity, this novel is a skilful construction of myth and memory 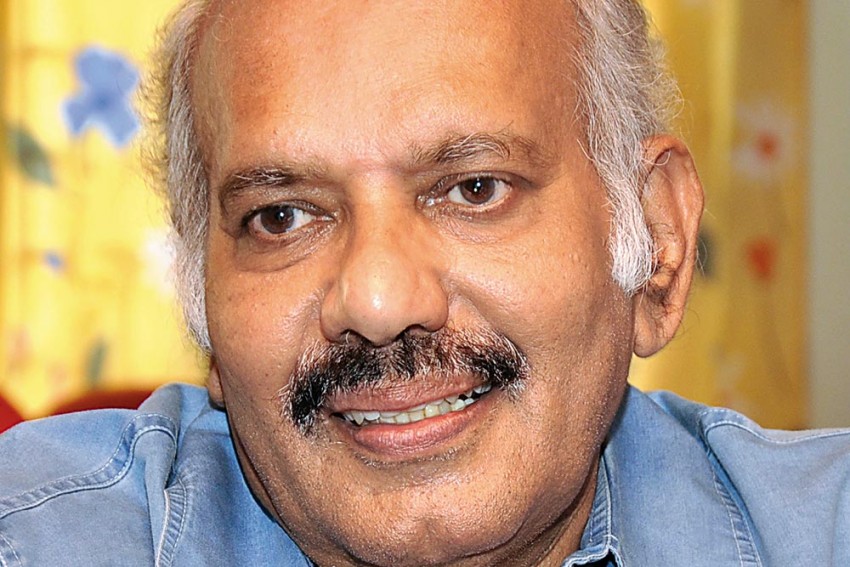 Simplistically, this work is a middle-aged man’s self-prescri­bed antidote to an overpowering  bout of nostalgia. At 60, Aravindan chooses to take a break in his native Kerala from Mumbai, where he spent his life since completing his education. Already, the sights and sounds of the coastal village off Kochi keep drawing him to the charms of younger times. Added to this, the character is led to the fascinating labyrinths of a culture that had flourished around the place centuries ago, but perished in mysterious circumstances in 1341. As if in tacit juxtaposition of that with a fast-urbanising Malayali society, Aravindan pens a story—around the lost civilisation of Muziris.

The Saga of Muziris straddles two time zones: the Sangam period, when the port city was a hub of maritime trade with the West (from 1st century AD) and the 20th century to the time till Sethu wrote the 2011 novel, Marupiravi (Reb­irth). Aravindan thus doubles as a narrator (of a part-fantasised age of the Muziris) and a link between the two epo­chs by being part of its bustling present that has a historical continuum despite the 1341 break.

The fictional account of Muziris enriches the novel’s poetic quality. But for the odd anachronism and journalese, this could have made for a much tighter plot.

Amusingly, a couple of characters appear on both sides of the dividing line—Kun­kamma and the avuncular Kichan. They have lived good two millennia, if one takes their dialogues at face value—the duo rec­all their bucolic Muziris-era existence, while grappling with rival corporates based out of a Kochi fast emerging as a metro. How come? This is magic realism, though Aravindan admits the difficulties of an amateurish writer. Kunkamma and Kichan are, more simply, new-age versions of socio-economic struggles that have chased humans irrespective of time.

That way, ancient-sounding Kun­kamma being an entrepreneur in India is fine. But the name of her business group, Vada­kkoth, reads anachronistic when placed as the family’s name two millennia back (it mentions pineapple, a fruit the Port­ug­uese brought in the 16th century). Maybe, Aravindan is blithely retracing lives of households around his Chenda­mangalam in the belt of Periyar, the river that is bel­ieved to have swallowed the port-city in 1341. After all, Perumal, a Tamil classmate of Aravindan, tells him, “It is up to the poets to fill the gaps we (historians) leave”.

Aravindan’s resea­rch-based but fictionalised account of Muz­iris begins a bit late (past two-fifths of the 430-page novel), but enriches the novel’s poetic quality. Sethu has an eye for detail; added to that, the Muziris landscape is peopled with far less characters. That ensures sharper focus on their physical and mental lives, thus lending a classical grandeur to the environs. The annual vis­­its of Greek seafarers to the Malabar coast for the hig­hly-valued pepper lead to the prosperity of a segment of the local population—mainly the Vadakkoth family. Its feisty women, Thanka and her daughter Ponnu, end up having a relationship with Adrian, the gentle sailor from the Yavana country at the crossroads of Europe, Asia and Africa.

Kichan had introduced Adrian to Vada­kkoth. His name is a Dravidian twist to a blue-skinned Hindu god, but Kichan is ‘unnaturally’ fair—for he is the “sprout of some Yavana”. In his 20th-century avatar, Kichan derives comfort in having found a small plot “away from the bustle” of Kochi—the post-Muziris port-city that had come into its own by the 15th century. His boss is Kunkamma, conc­­eptually the daughter of good old Ponnu.

The translator, Prema Jayakumar, isn’t new to her job with a Sethu novel. Ara­vi­ndan’s “those old Maharaja’s days” nau­ghtily refers to the times in a college spent by that name—not the Kochi king’s rule. An occasional skip of the definite article here and a typo there haven’t hindered the flow of English.

One might wish the novel was a bit tighter. The ancient-era plot, the centerpiece, is followed by a few historical epi­sodes that tend to be journalistic rather than literary. The anti-caste Paliyam satyagraha (1947-48) and a liberation struggle to unseat Keral’s Left government a decade later come with a prosaic tone. Ara­­vindan even interviews a Jew who is on a break in Kerala from Israel, to where he had migrated in the 1950s, besides an octogenarian weaver of the famed Chen­damangalam handloom. It’s a region with a rare mix of heritage: the five-century-­old Biblical Chavi­ttunata­kam sits alongside pre-medieval Cha­kya­r­koothu, that narrates Hindu myt­h­ology with humour. Sethu casts his net over them as well.

The canvas becomes a vast ocean. Ara­vindan strings things together at the end by noting that the (2011-commissioned) Vallarpadam container transshipment facility is the modern rebirth of Muziris. It’s an intense, yet indifferent view.