Terrorists Out Of Petty Goons

Black Friday, which was later made into a film, shows the vicious cycle: revenge for Babri triggered Mumbai blasts, which led to the Gujarat riots 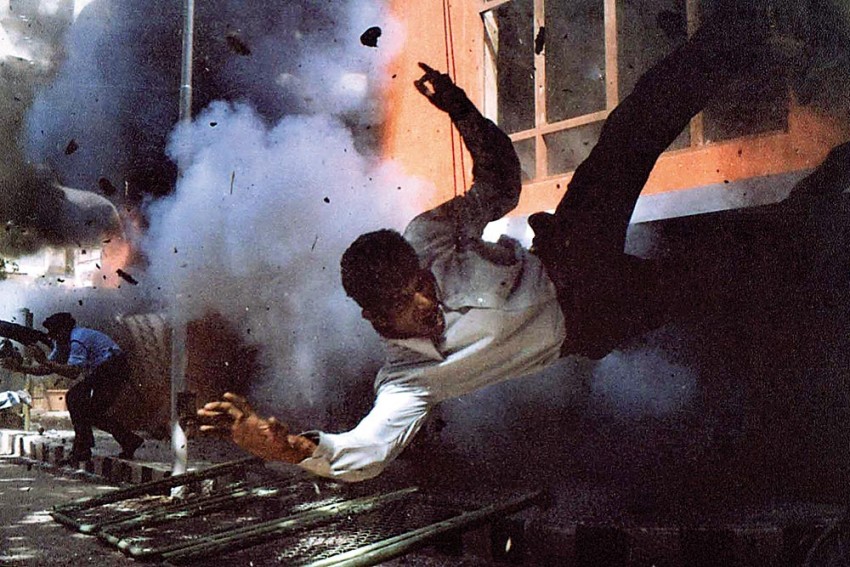 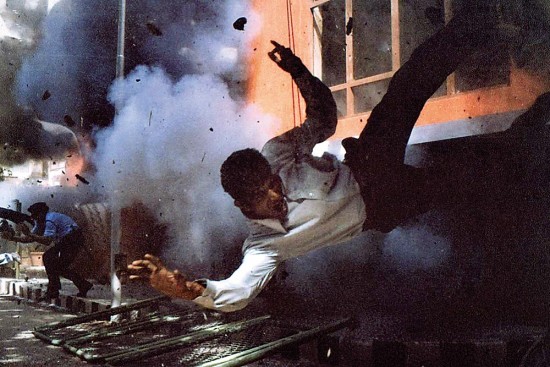 The Bombay blasts following the 1992 Babri Masjid demolition were an immediate excuse for perpetrating a deadly terrorist act in the country. The ISI in Pakistan had been waiting for a long time to unleash a terror offensive and the demolition of the mosque gave them the best opportunity to exploit the situation and orchestrate a diabolical attack, the worst-ever terrorist act anywhere in the world and not just India (9/11 was eight years away).

The scale of terror conceived and executed in Bombay 1992 shows it had been planned for a long time from across the border.

The ISI had the gullible Indian Muslims on their radar for a long time and they used the emotional upsurge after the mosque’s demolition to the hilt. There was no way the blasts could have been a spur-of-the-moment reaction to the Ayodhya mosque’s demolition by Muslims in India. Three months (after the Babri incident) is too less a time to execute such a major act of terrorism: serial blasts in 10 locations and grenade assault at two in quick succession. This had been planned for a long time from across the border.

The whole operation was professionally executed and precise; it had the mark of a well-oiled organisation like the ISI. Immediately after Babri, they started identifying Muslim youths in India who could be brainwashed and trained for a terror act of revenge. They landed eight tonnes of RDX on the Gujarat and Maharashtra coasts, a lot of which still remains undiscovered. This was the Porban­der consignment which landed with don Abu Salem, and a famous film actor whom I need not name. The other consignment of the explosives landed in the Maharashtra coast of Shekhadi, Mhasla and Srivardhan in Raigad district. These are the places from where Tiger Memon got the RDX and these were the spots managed by the underworld’s Dawood Ibrahim. So, the ISI had already planned that how much RDX they will send to India. They were only deciding how and when it should be sent and who will helm the offe­nsive. The Babri demolition decided the time.

The right-wing movement to demolish the Babri Masjid gained speed somewhere around Septem­ber that year. That’s when the ISI planned that if the mosque fell, they will get the Muslim youths to execute a terror attack on India using the und­erworld connection. On March 9, Gul Mohammed, one of the trained operative of Tiger Memon, was arrested. He confessed to the police how elaborate a plan had been plotted, how he was taken to Pakistan via Dubai for training. They actually wanted to attack eight cities on the day of Shiv Jayanti, sometime in the second week of April, as it was revealed by an operative.

It was a much bigger plan, a much wider conspiracy. I can’t imagine how it would have turned out if they had managed to blast eight cities. 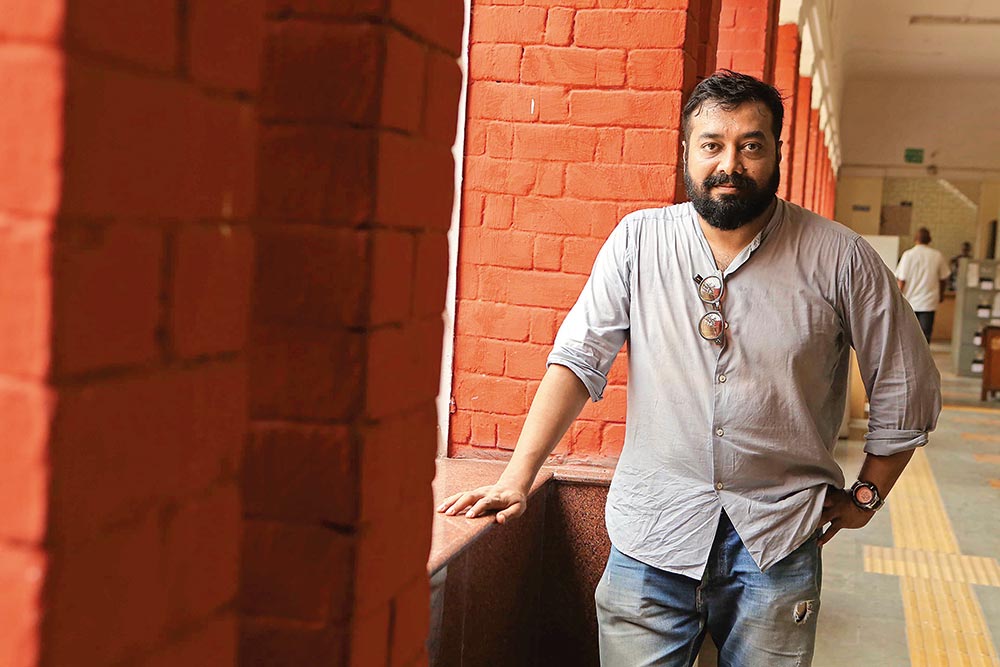 I was reporting crime and was familiar with the workings of the Bombay underworld and got leads on how the terror attack was planned. I decided to put all the information I was privy to in a book. When the book Black Friday came out in 2000, it hardly made any ripples. It had a low-key launch and not many people took notice of it. Probably because it touched upon many sensitive issues, people just let it alone. Aakar Patel (now with Amnesty International) was the editor of Midday then and it was run by Tariq Ansari. Both of them read the book and felt it had a lot of new material. Tariq Ansari was toying with the idea of getting into the film business and started Midday Movies.

Chandramohan Puppala was an associate producer at Midday Movies and he wanted to kick off the enterprise with Black Friday. Chandramohan knew Anurag Kashyap. He had already made two films, Paanch and Gulal, and both had run into trouble. But Chandramohan and Ansari thought this book was something right up his street. Anurag wrote it and I was closely involved with the production. He was absolutely faithful to the book, didn’t dilute its contents at all, as some aut­hors of books complain about their work being made into films. Anurag even kept the titles of the chapters as they were in the book. I was thrilled with the outcome. K.K. Menon played Rakesh Maria, the brooding cop. Aditya Srivastava was brilliant as Badshah Khan. And above all, Pawan Malhotra was fantastic as the complex character Tiger Memon, showing his various layers.

Some people thought that Black Friday just showed Muslims as terrorists bent upon wrecking India. It was way off truth.

I didn’t anticipate any trouble with the film. In fact, all of us thought we were doing a great service to the country by detailing the nefarious intent of those across the border, how they were trying to misguide our youth of Muslim community here, push them into terrorists. But trouble started soon after the movie was ready in 2001. The promos and trailers were on TV and this prompted an immediate reaction. One of the accused in the Bombay bomb blasts filed a petition in the High Court that as the trial was still going, the film will influence the verdict. He sought that the movie be banned till the trial was over. I just can’t understand how the judiciary of a country like ours can be influenced by a mere movie. And this is when the book had been in the public domain for about two years before the film was to be released. I rem­ember Justice H.L. Gokhale praising the book during the hearings that he had read it and how there was no factual discrepancy in it.

There was criticism for Black Friday (rele­ased in 2007) from other sections too. Some people thought it was an anti-Muslim movie, that Muslims have been shown as terrorists who are bent upon wrecking India. But I thought the film was very balanced. Anurag also shows how atrocities against Muslims take place in the villages, how they are blamed for crimes they have never committed. The main message of the move was very clear: an eye for an eye makes the world blind. The movie only shows what a vicious cycle it was—rev­enge for Babri leading to the Bombay blasts, that in turn leading to the Gujarat riots.

The other important point my book and the movie make is that in the end the blasts were not about jehad or religion or retribution. It was just Tiger Memon’s personal vendetta. He was not doing it for the honour of his community. He only wanted to avenge the fishermen community of Kolis in Mahim, which was his area of operation in the underworld, who had got tired of his criminal activities and set his office on fire. Memon only used the gullible, petty criminals, made them into terrorists for his personal mission, playing into the hands of the ISI.

I have written eight books after Black Friday, but for me the biggest compliment is that people still recognise me as the author of that book. It was also Anurag’s first movie which got released. It wasn’t so big when it was released but it has gone on to become a cult film, has been the toast of so many international film festivals. Slumdog Millionaire director Danny Boyle said the chase scene through Bombay’s slums in Black Friday was one of the best he had ever seen. Anurag and I are in touch even now.