Terror Is An Event, Peace Is A Process

Talk with Pak we must—it’s the right, rational choice for a mature power 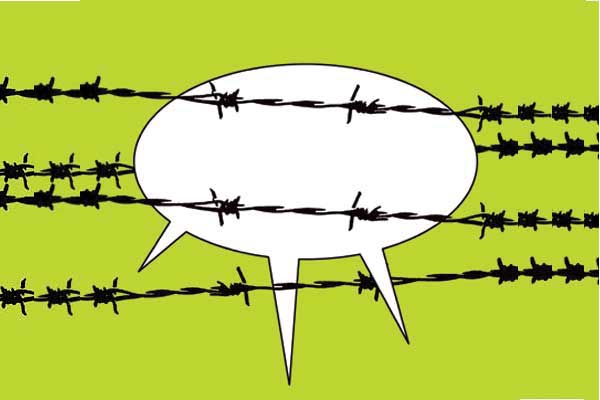 Pakistan’s greatest advantage over India is, surely, the excited confusion that dealing with it provokes among us. Before attacks against our exploring talks with Pakistan could fade, we’ve started tilting at another imagined windmill—that we have shattered our tradition of bilateralism by invoking Saudi involvement. Of course, we can argue about India’s strategies and tactics regarding this troublesome neighbour, but between the petty confrontationalism of our domestic politics and our baffling refusal to face facts, there is no attempt at a solid national consensus that this crucial relationship requires.

Though reputed for hair-splitting skills, we somehow ignore important distinctions. Nobody has asked Saudi Arabia to help us solve Indo-Pak problems. To convey our concern over Pakistan’s prevarications on terrorism to Saudi Arabia (adding that its good offices in getting Pakistan to cooperate would be welcome) accords with standard diplomacy and is perfectly consistent with our basic stand that solutions must be worked out directly by India and Pakistan. Certainly, the Saudis would be more than messengers, their closeness to Pakistan gives them influence. (But to fear this submits us to unacceptable pressures, and is to suppose that we would submit.)

Similarly, objections to holding the recent foreign secretaries’ talks overlook the distinction between upholding basic positions and managing changing circumstances. To seek a rational basis for a constructive relationship is the right approach for a mature, major power like India. We suspended talks because 26/11 was a horrendous new circumstance. Pakistan’s wriggling away from action on terrorism is as material a circumstance as any specific action could be, and demands a response beyond sticking to what we did after 26/11. Our understandably incensed and frustrated public would like some strong response. Why India continues to avoid that will be looked at shortly, but to see New Delhi’s initiative as weakness is a mistake—for Pakistanis and ourselves. It is a move in a process, whose primary importance lies in what it adds to our existing impressions about Pakistan’s attitude towards that process. Will it help? Only what happens next can give an answer, but bickering about holding the meeting is fruitless. The issues involved are too serious to be debased by the partisan polemics that pass as our political debates.

They demand things which harm, could even undo india. That leaves little hope for letting trust replace terror...but even that little can only be realised by talks.

Those issues, decisive in determining how we handle Pakistan, are so complex, a short article cannot do them justice. But certain basics stand out starkly. Ever since Partition, Pakistan has consistently chosen animosity against India. Invasion, subversion, terrorism, nuclear theft, any means to pull us down. The excuse that the Kashmir dispute justifies all this is specious—and cannot extend to Pakistani mischief in our Punjab or other forms of destabilisation. And while depicting us as an existential threat, Pakistan also assumes a really strong response which is beyond India—as much because of our supposed spinelessness as their nuclear deterrent, and because any damage we might inflict would fertilise terrorism. Smugly sure, it suits them whether we are bellicose—which helps unite them and perpetuates authoritarianism—or restrained, which encourages their persistence in destabilisation without fear of retaliation. Pakistan’s rulers see us as damned if we do and damned if we don’t. We do need to ready ourselves for the consequences of doing.

Their foreign secretary Salman Bashir’s press briefing sums up what we face. The pleasant manners only emphasised unpleasantly hard attitudes. As if he needed cover against domestic hardliners—an approach that underlines doubts on Pakistan’s interest in a rapprochement. The nearest we ever came to a settlement was with Zulfiqar Bhutto and Pervez Musharraf—both unable to deliver, and both ousted. Are today’s leaders, whoever they are, more likely peace-makers?

No, but keep trying. Both parts of that answer shape India’s present approach. To object that ‘no’ obviates ‘trying’ ignores the many good reasons that arise from the distinction mentioned earlier: it’s the right basic position, and it is the right way to deal with ever-changing circumstances. What the criticism does bring out is the need for greater public realisation of what more we have to do—  when it means preparing for talks that may lead nowhere.

Let’s start with what Pakistan is clearly telling us: ‘we cannot/will not do what you want on terrorism.’ The claim that they too are terror victims is deliberate obfuscation. Their actions show a clear separation: cracking down on purely domestic groups, going easy on groups used against India. A distinguished Pakistani was recently asked: if the modern-minded, extremist-free Pakistan he and his kind represented has realised that terror had turned against them, was there not now a common cause? Nobody expects Pakistan to admit complicity, but so much could be done quietly. Why was there no sign of that? He admitted frankly he had no answer. Didn’t that force the conclusion that Pakistan would not let go of this successful new weapon against us? The response was that we should allow for Pakistan’s sincere conviction that it wished to dismantle terror.

If that apprehension is a fact of life, it is equally a fact that Pakistan’s leaders see benefit—to themselves even more than their country—in encouraging it. Again: who in Pakistan sees any benefit in good relations with India? The odd thinker may share the Indian “intelligentsia’s” hopes for a cooperative South Asia, but at present it is hard to see any significant forces at work within Pakistan other than those with a vested interest in tension. This sadly suggests a picture of inveterate animosity and endless containment: maintaining a search for normalisation and coping with changing circumstances. We can afford that, but we need to address the Pakistani assumption that this patience leaves them free to use terrorism. We also need to undertake a major PR effort to correct the Alice-in-Wonderland view of our relationship Pakistan has so successfully fostered—even among some of us.

They cite the stormy past and our increasing capabilities to doubt our good intentions. Of course, that past includes some Indian errors which have fed Pakistan’s mistrust (and vice-versa). Pakistanis tend to project 1971 as an Indian design to undo Pakistan, adding wild accusations about interference in Balochistan as evidence of continuing malice. That West Pakistan lost East Pakistan through its own follies is conveniently overlooked; in making accusations it knows are false, its own malice goes unstated. Here is a mindset that prevents drawing objective lessons from the record. What is obvious to us—that India has no desire to harm or undo Pakistan—they reject. They demand things which harm, could even undo, India. That leaves little hope of letting trust replace terror, but that little can only be realised through talks.

Pakistan is skilful in extracting benefits from its weaknesses and its vices: “help us out or Pakistan will become more dangerous”, “you need our help in Afghanistan...let us get back our Taliban-based dominance there.” Both cries are effective internationally because, while everyone recognises Pakistani double-dealing, no alternative appears viable. Pakistan’s confidence in the leverage it enjoys from its essentiality in the ‘war on terror’ also encourages toughness towards India. We have to show Pakistan where it could misread us.

India avoids strong action not because we are afraid. That said, limited retaliation would likely fuel more terrorism. And full retaliation is not our way. But if Pakistan keeps using terror, we could be driven to risk all consequences. Pakistan’s claim that this is the eventuality they are guarding against means they anticipate the terror continuing. The plea that the terrorists’ acts are beyond their control overlooks the trust that could develop through genuine cooperation: if we saw Pakistan doing any of the numerous things that could be done, by and large it would be possible to distinguish between acts perpetrated by terrorists on their own and those with the hallmarks of official connivance—like Mumbai.

Will solving all the issues with India solve their terrorist problem as they say it will solve ours? Obviously not—which underlines the falsity of their attempt to equate their own victimisation with India’s. It is well within Pakistan’s power to cooperate if indeed it seeks settlements. The prospects of non-cooperation also mean we are going to face more of Pakistan’s PR campaigns. We are not good at this, and they are. They have persuaded much international opinion which goes that we are in the wrong on most differences—from Siachen to Afghanistan. Our most unfortunate disadvantage is the widespread acceptance of their taqiya kalaam that Kashmir is the core issue. Their case seems simple and comprehensible: Partition was based on contiguous Muslim majority areas opting out of India, J&K is a Muslim-majority contiguous area, India is denying it to Pakistan by force. India’s reply is valid but complicated: outsiders get lost in explanations of our pluralism, the comprehensive nature of our independence movement, our secular needs and ideals, the horrors of Pakistan’s invasion—or the Kashmiri’s continuing dislike of domination by Pakistanis. States act according to the situation on the ground, not on right or wrong, so this need not bother us as long as we keep the ground reasonably in order. It’s also true that states believe what suits them, and PR has limited effects, but we underestimate its importance to our detriment.

(K.S. Bajpai was India’s ambassador to Pakistan, China and the US. He retired as secretary, external affairs ministry.)