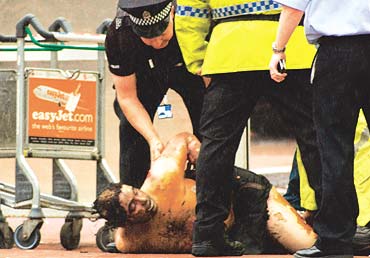 The Terror Report Who were in the jeep?
Bilal Abdullah, an Iraqi doctor, was the passenger in the jeep. It was being driven by a person variously named as Khaleef or Khalil Ahmed, who is suffering from 90 per cent burns to his body.

What is Khaleef or Khalil Ahmed's identity?
Conflicting reports. Earlier described as Lebanese, it's now said he is Indian. 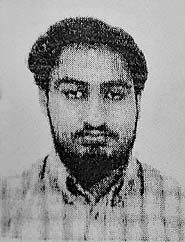 Who are the others arrested?
In England: Mohammad Asha, his wife Marwa, Sabeel Ahmed and two other medicos whose names have not been released. Australia: Mohd Haneef, who is said to be related to Sabeel.

The number of Indians arrested?
For sure, two-Sabeel Ahmed and Mohd...