Sushma’s usefulness, docility has bought her the PM’s backing. Has Vasundhararaje earned it? 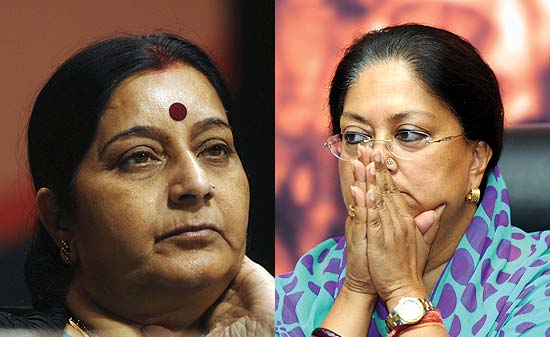 Indian politicians, like their counterparts in other countries, have shown an uncanny ability to weather many a political storm. But there are also instances where scandals have ruined careers of political bigwigs, sending them to permanent political exile. So what’s in store for Sushma Swaraj? Will she survive the brewing political storm and be able to bounce back?

“Sushma’s position has become untenable. The prime minister will have to act and sack her,” says CPI leader D. Raja. But is the Narendra Modi government in a mood to sacrifice her? Lalit Modi—who stays in Lon­don and whose passport was revoked by the Indian government—is not a particularly sav­oury association for any government, what with his risky playboy image and hazy money trails. So Sushma’s intervention on his behalf—asking the UK authorities to provide him with documents that would allow him to travel to Lisbon, where his wife was undergoing cancer treatment—is a political hot potato. Both Sus­­hma’s husband and daughter were part of Lalit’s team of lawyers, a classic “conflict of interest” situation. But the party and government are dourly defending it on “humanitarian grounds”.

The fact that though there were 16 cases pending against him—something acknowled­ged by the government—Lalit Modi was gra­nted a passport in 2014 is seen by many as a serious violation. But MEA officials point out that it had to be issued, following an Indian court’s ruling that the FEMA charges against him did not justify the earlier revocation of his passport. Moreover, Enforcement Directorate officials, who were present at the court, did not challenge the ruling. Any denial of a passport by the MEA would have amounted to violating the court’s directive. 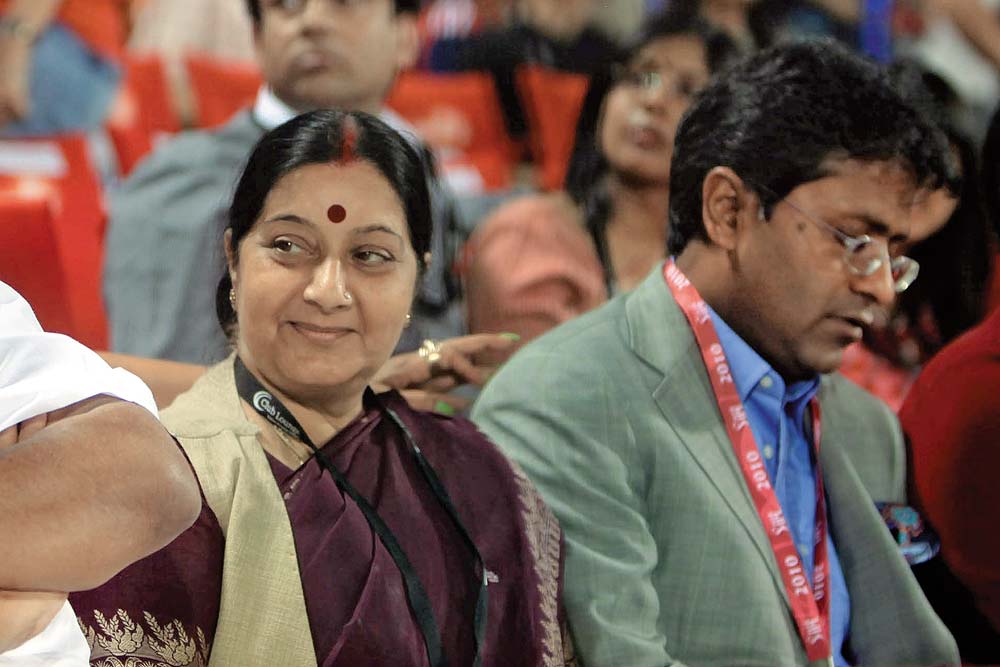 Therefore, going by the prevailing mood in the government, there is nothing to suggest that Sushma would go. On the contrary, the government, the BJP and the RSS have all rallied behind her in a defence against the vicious onslaught from the opposition. How­ever, a similar defence might not be mounted for Rajasthan chief minister Vasundhararaje, whose links with Lalit Modi seem deeper and has implications of financial gain.

There are two main reasons why PM Modi and the party are backing Sushma. Despite her initial opposition to his candidature as the BJP’s prime ministerial candidate in 2014, Sushma has surrendered to Modi’s authority. In the past one year, as foreign minister, she had deliberately maintained a low profile, putting in some good solid work, while allowing the PM to bask in the international limelight. Her loyalty earned her the PM’s praise some weeks back when Modi singled her out for praise for her performance.

Modi also stares at a rather shallow talent pool. In such a sensitive ministry as the MEA, where every ministerial response has to be carefully weighed for likely international impact, he can’t risk replacing Sushma with just about anyone. More importantly, by defending her during this dire crisis, Modi ensures that she will be indebted to him forever. 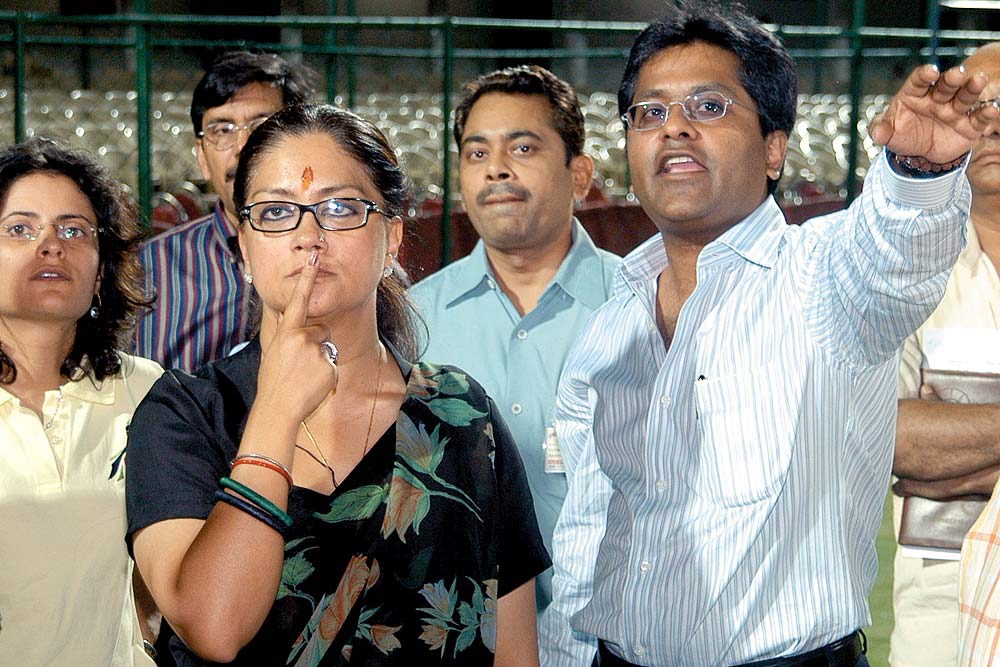 A clear indication that Sushma is secure comes from her schedule for the month. Sushma has been asked to represent India at the UN in New York for the World Yoga Day on June 21. She is also likely to go to Kat­hmandu on June 25 for the donor’s conference to deal with the Nepal earthquake and later travel to Bangkok for bilateral meetings with her Thai counterpart. Unless something dra­stic happens, Sushma is likely to stay. Question is, what of Vasundhara?

The controversy, though raising serious questions about Modi sarkar and its claims of providing corruption-free administration, also brings to the surface fissures within the ruling BJP. While Sushma’s intervention with the UK government was said to have been leaked by a party insider—fingers point to finance minister Arun Jaitley, her known bete noire in the BJP—Vasundhara’s political discomfort also lies in the larger context of BJP politics. A number of senior leaders in the party, namely Nitin Gadkari, Rajnath Singh, and  chief ministers like Shivraj Singh Cho­uhan, and now Vasundhara, have all been weakened  because of their involvement in alleged scams and deals. This, in turn, strengthens Narendra Modi further and also puts his protege, party president Amit Shah, in an unassailable position of authority.

A lot of the pressure can be eased if the government steps up measures against Lalit Modi. The Congress and other parties may lack the heft to unsettle the Modi regime, but have pounced on their chance to draw blood with glee. All bets can be off if fresh evidence continues throw more dirt on BJP leaders. If that happens, NaMo may finally have to take steps to clear his stable.