Or are they Little Indians? The great Andamanese tribal circus continues. 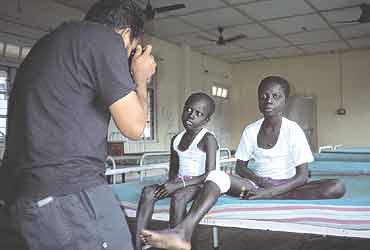 Habshi mar gaye?" An indignant friend tells me of his father’s reaction to the news of the tsunami’s assault on the Andaman and Nicobar islands. But in the backwash of the disaster, the question does seem to have caught the imagination of reporters drifting around the distant archipelago. The answer, happily, is habshi bach gaye. But I’m putting it badly. The Times of India is more to the point: "Tsunami has not been as big an anthropological disaster for primitive tribals as was being feared."

Yes, anthropology is alive and well, in the islands and it’s having a field day in the news. The Indian Express on Sunday gave us a double-page spread (slugged ‘Black and White’) with a field guide to "the tribes and their survival tricks". The Great Andamanese "whose strongest physical characteristics are distinctly Negroid"; the Jarawas who "look at heavenly bodies and can decipher what is to come"; the Shompen, "the only primitive tribe of the islands with Mongoloid features", and so on. It’s revealing that most journalists have invoked...