Tell Us All About It

If it’s for the public good, shouldn’t the JPC be open to the public? 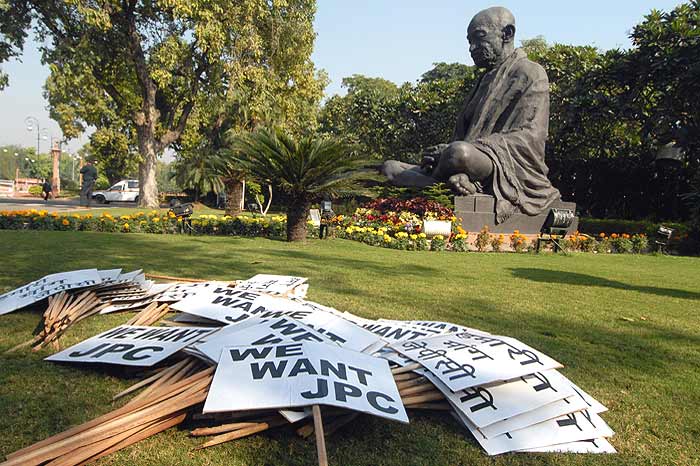 At least for now, the investigation into the 2G scam has an unstoppable momentum. With some arrests and many high-profile corporate “visitors” to the CBI offices, there is a sense (even if premature) of retribution in the works. Fuelled by the naked display of patronage politics served up in the Niira Radia tapes, immense public anger has been pivotal in “keeping the story alive”. The flip side of this emotional outburst against corruption is cynicism that the guilty will never be brought to justice.

That’s why there is a growing debate on making the public a ‘participant’ in the joint parliamentary committee (JPC) set up to investigate the scam. With sweeping investigative powers, a JPC can, and does, amass a wealth of facts, submissions, interviews and findings. What finally reaches the public, however, is a truncated report. JPC proceedings, just like the deliberations of all parliamentary committees, are held in camera. Now, questions are being raised. Why shouldn’t the entire process be transparent, so that all the information is available to the public at large? “The whole JPC transcript must be released. After all, they are meeting on our behalf and at our expense,” says RTI activist Arvind Kejriwal.