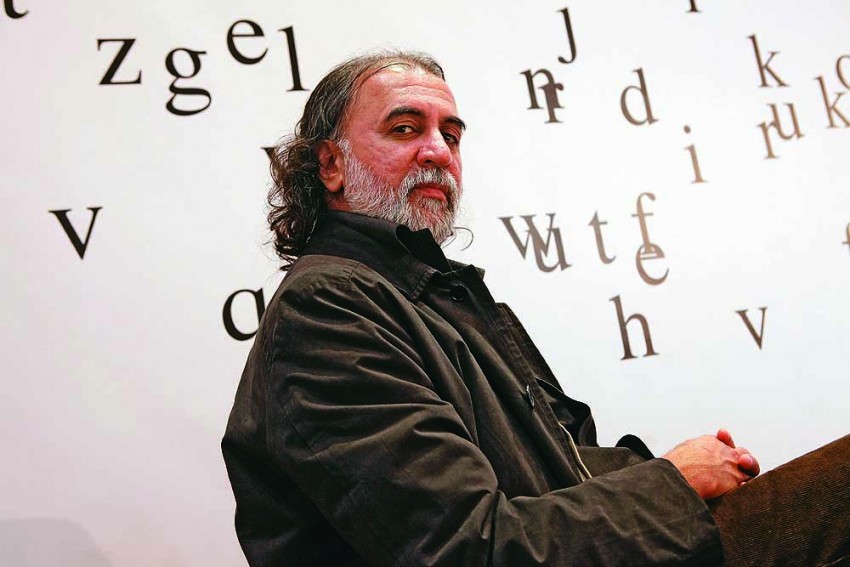 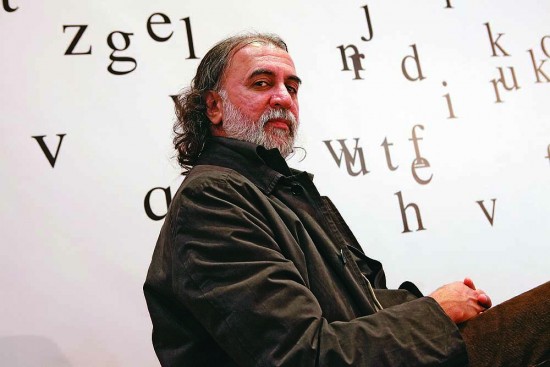 Speaking at the Jaipur Literature Festival in 2011, Tarun Tejpal declared that his magazine, Tehelka, had come close to closing down “around 200 times”. It was an apt, well-crafted pitch, just right for the air of radical cool it breathed—and advertised. It wasn’t just another magazine. It was the quintessential apple­cart-upsetter for the establishment, almost insurrectionary in its vibe. Self-consciously so. Managing editor Shoma Chaudhury once fam­ously told a foreign delegation meeting Indian scribes that she wasn’t just a journalist but an “activist-journalist”. Their persecution in the early days won them sympathy, honour and accolades. The nasty crackdown by the NDA government following Operation Westend in 2001—one of the biggest and most outlandish scoops in Indian journalism, which led to the resignation of then defence minister George Fernandes—was des­cribed by Tejpal as an encounter with the “beast” and “its entrails”. The beast metaphor has turned up a bit of late at Tehelka. In Goa, at the ill-fated Thinkfest, Shoma even hosted a session on rape and the “beasts amidst us”. So it’s both a great tragedy and irony that it would be a beastly tale that would do them in. What Tehelka’s foes couldn’t achieve in years, Tarun’s self-destruction did in days. Allegations of sexual assault against the foun­der-editor by a junior colleague at the Thinkfest—now derided by many as a “stinkfest”—haven’t stopped letting off a terrible odour. But now the gloves are off. It isn’t just about sexual harassment anymore but about its “sup­ari journalism”, as journalist Sucheta Dalal all­e­ges, and the financial inventiveness apparently practised by the magazine, as detailed in papers like The Indian Express. Advance obituaries are being written, many with a touch of glee, all against a very vocal atmosphere of politics: for neither Tehelka nor the BJP hide their mutual dislike. Sexual assa­ult—in a five-star hotel lift—has been the prove­rbial drop that made the cup overflow.

“This whole incident has given both Tarun Tejpal and Tehelka’s identity a suicidal blow.”
Sankarshan Thakur, Ex-Tehelka executive editor

With news channels mounting a virtual witch-hunt against one of Naren­dra Modi’s principal media bugbears, and more bad news coming by the hour, five journalists at the magazine had quit by Nove­mber 28. The same day Shoma, under fire for her actions that were seen as a cover-up for Tarun, said she too was stepping down. “I am no longer sure whether my presence is harming or hel­ping Tehelka,” she wrote. The duo had no one else to blame, they had made a bad situation worse by first attempting to handle the complaint with rich prose, using words like ‘aton­ement’ and ‘adamantine’. Later, as e-mails and texts tarnishing the victim’s reput­a­tion did the rounds, they had got the “tonality” seriously wrong, by their own definition.

Ex-Tehelka man Amit Sengupta is hes­itant to be part of any “lynch mob”. Yet he believes there is a larger principle here. “They pushed the limits of detachment from ethical principles—as much in jour­nalism as in life. Tarun got to be Jesus Christ and Shoma anointed herself as a saint. They’d begun man­ufacturing consent, believing their own lies. While they went around selling public interest jou­rnalism as a brand, they simultaneously went around selling their conscience. It is this contradiction that rankles.”

Rise And Fall Of Tarun

The manner in which the operation was run and funds collected raises serious issues of media ethics. One Tehelka staffer quit in 2011 after a proposed investigation on the Gujarat-based Adani group, which has interests in mining, energy, agribusiness and logistics, was axed. Intri­guin­gly, advertisements of the group started appearing in the magazine around the time the staffer quit. Adani is also one of the leading sponsors of Think 2013. Anot­her leading sponsor was the Essar group that has huge mining interests in Chha­ttisgarh, although Tehelka prese­nts its­elf as a crusader against mining lobbies. Jindal Steel and Wave, a firm owned by the late liquor baron Ponty Chadha, were also sponsors. It was, in other words, trying to hunt with the hounds and run with the hares. (Outlook sent Shoma a set of questions about these allegations but she didn’t respond.)

“Those around him made the bonds as elastic as they could till he went and messed it up completely.”
Hartman de Souza, Goa-based writer

Many in the media knew all this was happening, it’s just that the sex scandal gave them an opportunity to fully prise open the can of worms. The pulpit that Tehelka had once occupied as a “voice of the oppressed and wro­nged” was being hollowed out over the years anyway. Former executive editor Shan­k­ars­han Tha­kur puts it bluntly, “The Tarun/Teh­elka identity has taken a suicidal blow.”

Some of the most damaging reports are coming from ex-employees themselves. Raman Kirpal, now with First­post.com, has claimed in a report that Tarun and Shoma made windfall profits by selling shares of Tehelka’s publisher Agni Media Pvt Ltd (now Anant Media Pvt Ltd), which they had acquired for Rs 10 each, for over Rs 13,189 each to a little known firm, AK Gurtu Holdings Private Ltd. This yielded profits worth crores. But on the same day Tejpal acquired shares in the same firm, not for Rs 13,189, but Rs 10. The new Finance Act, 2012, prohibits private companies from issuing equity shares at more than their net asset value.

Tehelka has been openly attacked for killing a story on illegal mining in Goa in return for favours, both financial and political. Defending Tehelka, Shoma had written with trademark flourish that Kirpal, a senior journalist with extensive experience, had failed to produce a story that was up to scratch. But Outlook has learnt of claims that the journalist concerned was assured his piece—detailing violations by Vedanta subsidiary Sesa Goa—would be used “as a cover in 20 days or so”. The delay, he was told, was because Tehelka CEO and Tejpal’s sister Neena Sharma Tejpal was to meet then Goa chief minister Digambar Kamat to dis­cuss sponsorship for the first Think conference. Goa is also where the Tejpal-run AOD Lodges now owns a luxurious six-bedroom villa that rents out for Rs 55,000 a night—the heritage villa’s ren­ovation has also been in some controversy for having reportedly violated local rules. Kamat declined comment.

“They backstabbed so many people and rubbed others the wrong way.... Something seriously wrong was going on.”
Shantanu Guha Ray, Ex-Tehelka business editor

RTI documents sourced by journalist Devika Sequeira later showed details of the 2011 meeting and how the Goa government, which was under the impression that the event was being organised by “Tehelka and Newsweek”, coughed up as “a special case” an additional Rs 10 lakh to the Rs 75 lakh that had been promised as support to Neena. “Tarun was basically using Tehelka’s journalism to get close to people with influence and money. If it really were a struggling organisation, one that didn’t even pay contributors, how was it that he was acquiring these massive properties?” asks Sequeira who, along with her former employer, Deccan Herald, is battling a defamation suit filed by Tehelka. Goa-based writer Hart­man de Souza, who also had a public spat with Tejpal, adds, “Those around him made the bonds as elastic as they could till he went and messed it up completely. I knew what he was up to way back in 2006.”

Worrying questions had been doing the rounds in media circuits too for some years now, even as Tehelka often dazzled with its stings and exposes. What was the editor of a financially str­u­ggling magaz­ine doing buying expensive pro­­perties? Why woo Ponty Cha­dha, who was murdered last year, to launch an elite social club? Why organise the Thinkfest, apparently int­e­nded to elevate the discourse, at 2G scam acc­used Shahid Bal­wa’s controversial Grand Hyatt? And why accept funds from K.D. Singh, a controversial businessman and TMC Rajya Sabha member? (He was once  caught with Rs 57 lakh in cash at Delhi airport on his way to poll-bound Assam). The worst will now be asked: had Tehelka become just a ruse to expand personal wealth, build other interests?

All of this was happening when journalists working there were complaining of being und­er­paid. Indeed, a swanky property came up near Nainital at a time when staff was not even being paid their salaries regularly and many had to quit (one of the “200 times” Tehelka appeared to be going under). A former editor goes to the extent of calling it a “chit fund scam”, as Tarun took money from lifetime subscribers (at least one subscriber has complained that he did not get even a single copy). Even Union minister Kapil Sibal says he wasn’t aware he had been issued shares in return for his “donation” of  Rs 5 lakh.

“They’ll have to make a clean break from the past. Can they find redemption? At this stage, I’m not so sure.”
Vijay Simha, Ex-Tehelka deputy editor

For a magazine that demanded transparency and disclosures from the high and mighty, its finances were always under a shroud. “This lack of transparency was a sore point, and there was some speculation inside the office too. With so much uncertainty, there was a sense of relief when K.D. Singh was publicly introduced as our financier,” says ex-staffer Roh­ini Mohan. Mihir Sriva­stava, who also mar­ked time at Tehelka, adds, “They said it’s their business to suspect people’s intentions but refused to let others question them. I doubt they even followed half of the strict rules they set for others.”

These allegations will impact Tehelka’s image more adversely than what the case may be for a more mainstream publication. “If the moral spine, which it claimed differentiated Tehelka from the others, is broken, it impacts them much more than others,” says Vijay Simha, former deputy editor. This, he feels, will make it difficult to draw talent both at the senior and junior levels, especially the latter as fresh graduates will hardly think of it the same way. “This means their biggest resource will taper off. If you don’t have quality people to produce content, the rest really doesn’t matter.” 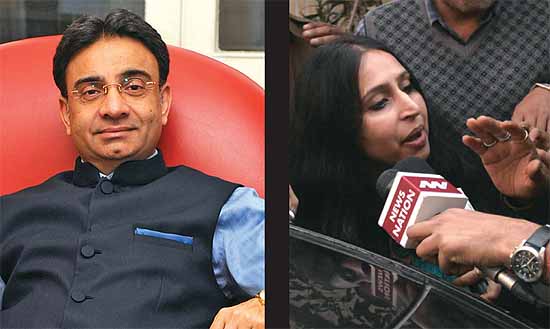 Those defending Tehelka ins­ist one must distinguish bet­w­een the accused individual and the institution. In most cases, this shouldn’t be a pro­blem but in the case of Tehelka, the rem­arkable work of its jou­rnalists notwithstan­ding, sep­ar­ating Tarun and the institution seems challenging at the very least. For it was entirely kept afloat by his eff­o­rts and ideas, some of which now appear to have been not quite kosher. Tarun also saw to it that only he and Shoma were built up as brands. For Shantanu Guha Ray, again ex-Tehelka, what stands out in this ongoing controversy is that the institution “hasn’t found a single journalist fri­e­nd”. “They backsta­bbed so many and rubbed so many others the wrong way,” he says. He remembers how Tejpal boasted about the launch of a proposed title, ‘The Financial World’, at an awards gala, just 48 hours before he was to nix the launch and render several journalists unemployed. “Something ser­­i­o­usly wrong was going on. You can’t just call off a launch like that.”

There is ultimately a tragic tale here about great ideas and marketing but also one about an empty, distorted reality created around Tehelka. What started out as a crowdsourced public interest initiative ended up being pretty much controlled by the Tejpal family and Shoma. As Tarun seems headed for jail and a long legal battle, it’s been a terrible tumble for a brand that had some brilliant moments. Some have argued that it’s also a crisis for left-liberal values, but then as the ownership and financing pat­terns reveal, Tehelka mutated in some ways into something quite different from what it was made out to be. This isn’t just a morality play about men making unw­anted advances on women. It’s also about money and the media. Tarun knows how to reinvent himself, so the final chapter of his notor­i­ety/celebrity is yet to been written. Tehelka, meanwhile, appears to be stung by its biggest story yet.