The judiciary can certainly rap the legislature. What about its own knuckles? 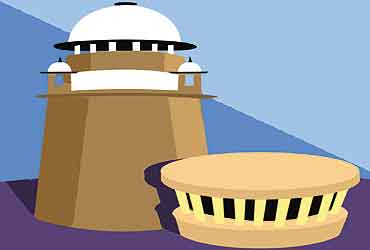 The Supreme Court’s intervention in the Jharkhand case has sparked off a fresh debate on whether the court is encroaching on legislative and executive spheres. It has been argued that the Constitution expressly prohibits the courts from questioning the proceedings of the legislature on "any alleged irregularity of procedure".

I, however, do not subscribe to this view for the following reasons: democracy and rule of law are the basic features of the Constitution. It not only makes the Supreme Court the final arbiter, it also gives it the responsibility of ensuring that every institution functions in accordance with the law. In the Jharkhand case, the court was faced with a situation in which the governor appeared to be colluding with a particular group to enable it to run the government when it did not appear to have majority support in the legislature.

It would be fair to say that our constitution has devised a scheme of checks and balances and the judiciary has been expressly empowered to act as a check on the powers of the executive and the legislature. That is why the court has been given the power of judicial review on the exercise of all powers of the executive, including the power to impose President’s rule in a state or the power to declare an emergency. Similarly, the court has the power to strike down legislation enacted by Parliament and even constitutional amendments. Also, the courts have powers of judicial review over actions of the speakers regarding disqualification of legislators for violating the Anti-Defection Act.

The same argument, however, applies to the judiciary as well. What are the checks on the powers of the judiciary and to whom is it accountable? Does it also not act as a judge in its own cause, at least when judges against whom serious allegations are made themselves issue notices for contempt of court to the accuser and then sit in judgment over his accusations? In order to ensure the independence of the judiciary, the Constitution does not give the executive or the legislatures any powers over judges, except their removal by impeachment. This, however, was found to be completely impractical. Firstly, one needs to prepare an impeachment motion containing specific charges against the judge and have it signed by 100 MPs. Moreover, how does a citizen or an MP collect evidence against a judge unless he has investigative powers? Even official investigative agencies have been barred from investigating any charge against a judge (by a Supreme Court judgement) without the written consent of the Chief Justice of India (CJI). And they do not dare seek permission unless they already have such evidence. That is why despite widespread corruption in the judiciary (publicly admitted by several retired CJIs); no official investigation has been conducted against any judge so far. However, a couple of judges who got involved in public scandals were made to resign by the previous CJI. The result is that no judge has ever been removed by impeachment, or prosecuted for corruption.

On top of all this, the judiciary has the power of contempt, in which the judge against whom the allegation is made can himself send the accuser to jail and can even refuse to allow the accuser to prove the truth of his accusations since truth has been held to be no defence in a contempt charge. This has had a chilling effect on the press regarding publication of charges against judges. When a TV news channel was recently in the process of preparing a story on an impeachment motion against the previous chief justice of Tamil Nadu, they were slapped with a contempt notice even for asking the chief justice’s response and barred from carrying the story. Naturally, no channel was even prepared to risk carrying a press conference addressing that issue by the committee on judicial accountability.

The Chief Justice of India recently stated that he would oppose any attempt to bring the judiciary within the purview of the Lok Pal. But is the judiciary prepared to subject itself to any accountability outside itself? They have steadfastly opposed accountability to even an independent National Judicial Commission. They only want some system of in-house accountability, but even that has not been put in place despite talk of it for decades. It is not surprising then that the legislators resent the judiciary when it tries to bring them to account. However, no government has made any serious legislative attempt to amend the Constitution and make the judiciary subject to some accountability. Far from bringing a National Judicial Commission, the successive Parliaments have not even done away with the misused and thoroughly unnecessary provision in the Contempt of Courts Act regarding "scandalising the court". The presently proposed amendment for making truth a possible defence for contempt is hardly adequate to stop the misuse of the contempt law. Instead of a system of checks and balances, where every institution is accountable, our legislators would rather allow an unaccountable judiciary, so long as the judiciary does not tread on their toes. And for the judiciary the going has never been better. It can hold every one to account and be accountable to none.

(The author is an eminent public-interest lawyer)