Behenji has other targets too—the Muslim vote and AAP 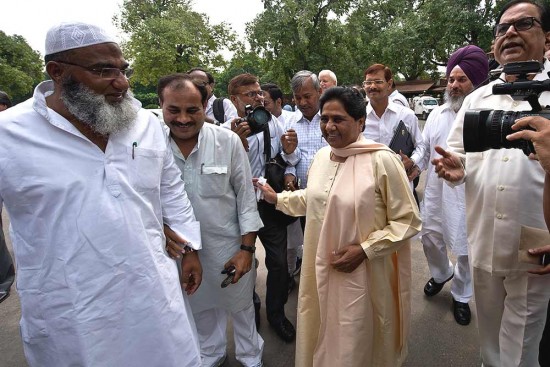 The disillusionment of the state’s Muslims with the Samajwadi Party in the aftermath of the Muzaffarnagar riots (it left over 50, mostly of the community, dead while some 34 children have become casualties in the relief camps) has opened a window of sorts for the Bahujan Samaj Party (BSP). With the state Congress in dire straits, Mayawati is leaving no stone unturned in projecting the BSP as an alternative to Mulayam Singh Yadav, the community’s “sole messiah” so far.

In a fervent appeal to Muslims at her January 15 Lucknow rally, Mayawati said, “If you vote for us, you would be contributing towards weakening the BJP.” She sought to impress on the target audience the fact that this time her party would be in a far stronger position than Mulayam, behind whom the Muslims have thrown the bulk of their weight in successive elections.