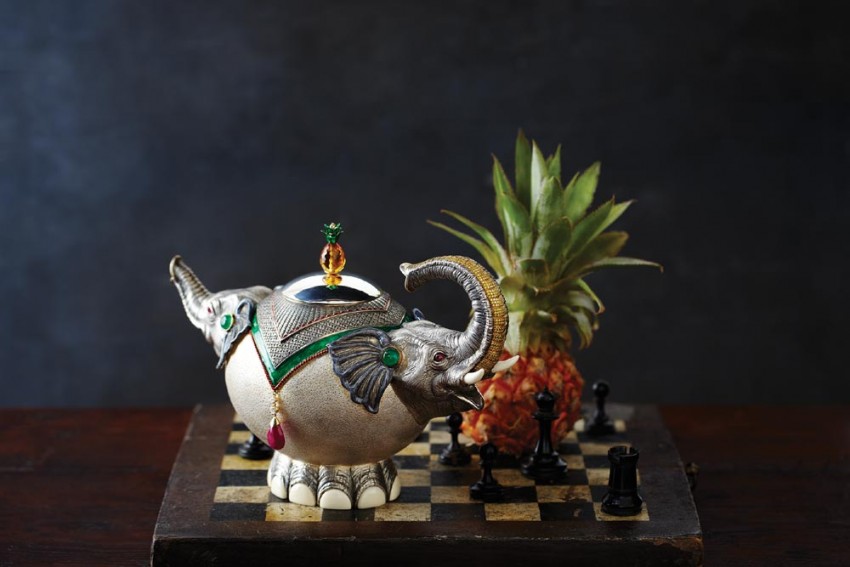 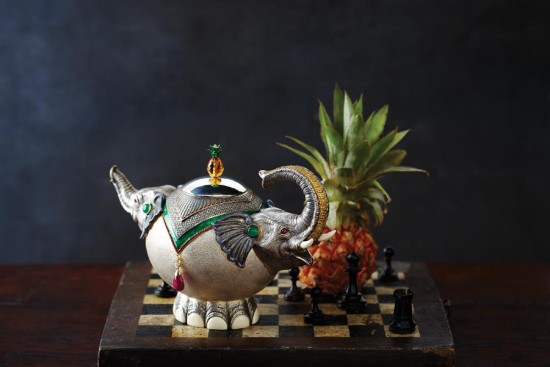 The British love a cuppa, the Ind­ians love their nukkad chai and the Chinese are credited for having brewed the beverage for the first time ever. Encapsulating the centuries-old culture of tea is a collection created by NRI businessman Nirmal Sethia. The Chitra Collection, as it is called, is the world’s largest collection of tea artefacts. 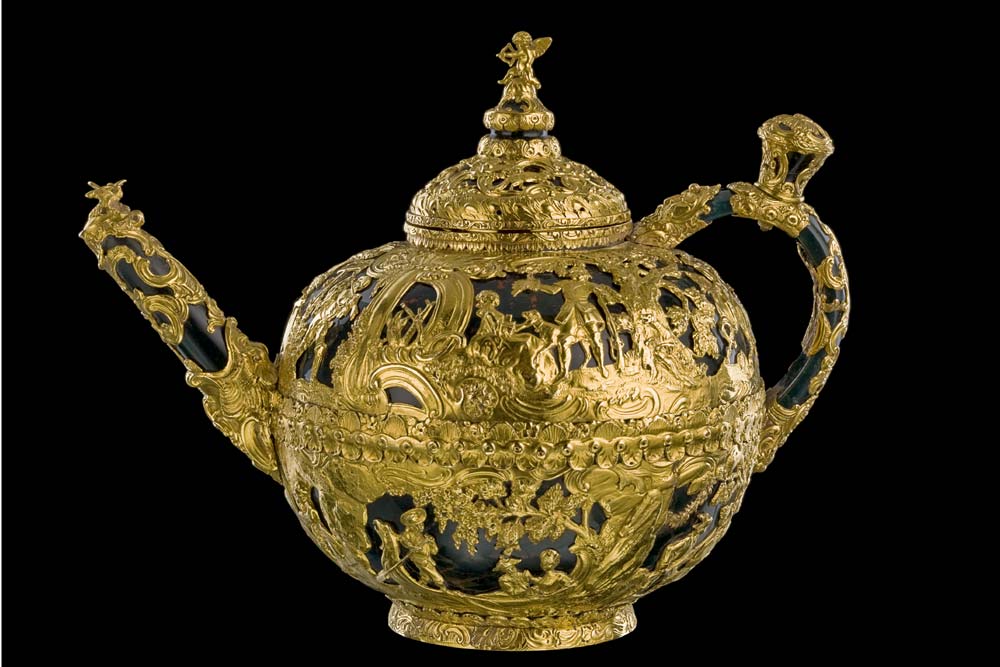 This ornate teapot is made of  bloodstone decorated in gold

It was a personal tragedy that sparked the idea. Nirmal’s wife, Chitra, passed away in 2010, leaving him heart-broken. And from there was born what is now a $100-150 million-worth collection. “It is an expression of gratitude to my late wife, who strongly believed that I’m the one who will be able to constructively contribute to the culture and history of tea, which is fast dying at the hands of commercialised business,” a media-shy Nirmal tells Outlook. 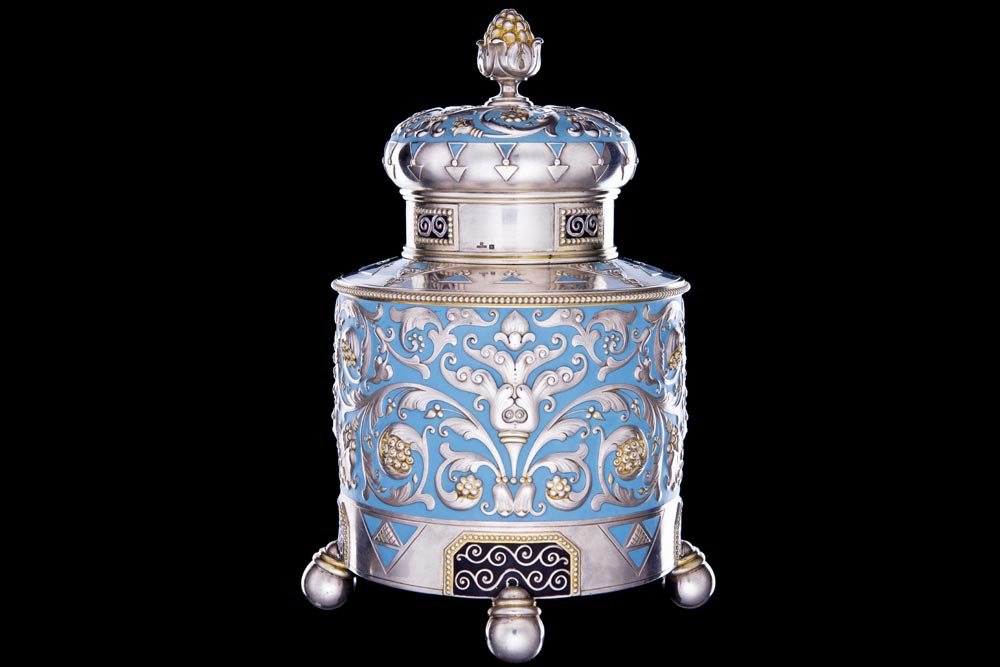 This silver caddy was made by the famous goldsmith Fabergé

Aneta Aslakhanova, honorary director of the collection, says, “I think a lot of people are unaware of the full grandeur of the history of tea, how it shaped the world we live in and how it continues to be an important part of people’s lives around the world. The intention behind curating this collection has always been to keep the history of tea alive. Every object in the collection is unique, we have tried to acquire only the finest examples of teaware ever produced.”

“Every private collection tells a personal story. The Chitra Collection tells the story of Mr Sethia and his passion for the subject of tea. It is his wish that the collection continues to inspire generations of tea lovers for centuries and the world be able to appreciate the beauty and significance of tea, art and culture,” says Aslakhanova. 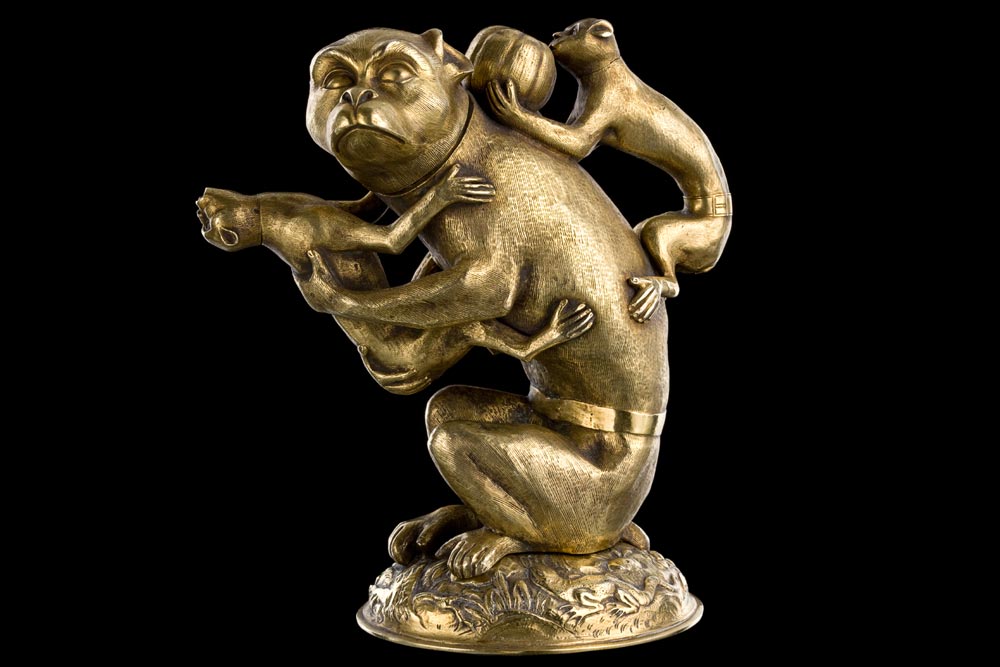 This stunning ewer was made in Augsburg

The arduous task of collecting rare and modern teaware has now resulted in 1,700 items, some dating back to 10th century BC China. Amidst familiar brands like Fabergé, Meissen, Sèvres and Tiffany and Co are historic pieces like President Roosevelt’s tea caddy, the tea set of Pope Benedict XIV, tea caddies from 1760 belonging to the chairman of the East India Company, George Lyall, and Winston Churchill’s daughter Mary’s wedding gift, among several other masterpieces, including some teapots designed by Nirmal himself. His designs are tributes to the 21st century, like the cobra pot. Adorned in vivid yellow diamonds, it is dedicated to his late wife who was a Shaivite. His favourite, though, is the circa 1600 AD monkey pot from Germany. 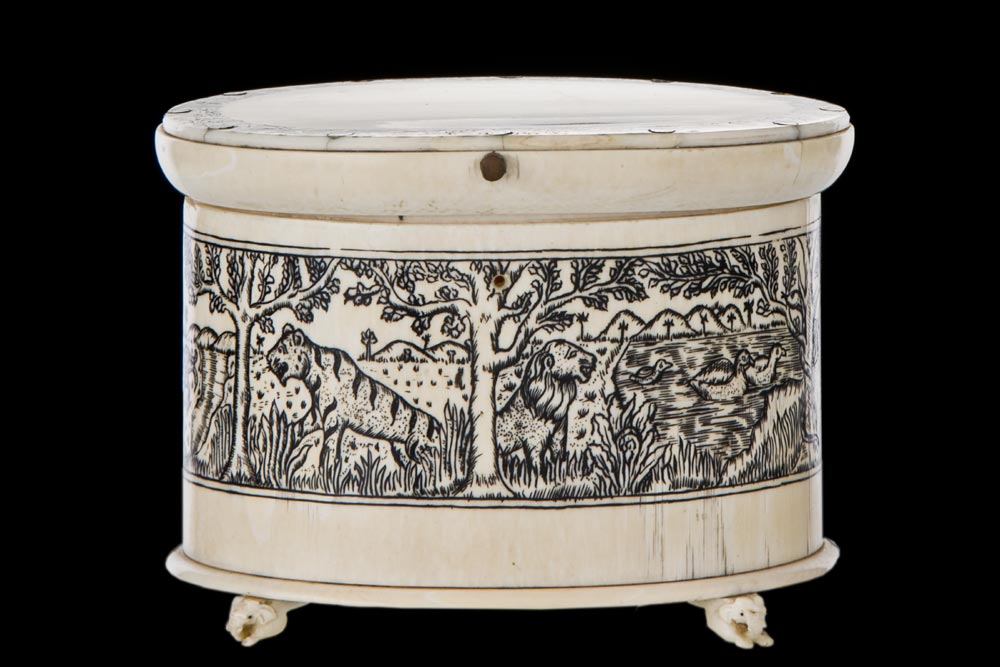 This rare ivory tea caddy was made in India for Britain

Despite being born in a well-known Calcutta business family, Nirmal, founder of luxury  brand Newby  Teas, started his car­eer as a tea-taster. “I wanted to get away from home. I was the first in the family to be in tea. Any other business would have been on the back of the family name. I was never interested in school and college education, it was boring. I wanted to experience life,” he says with a wry smile. With offices in 12 countries, Nirmal is a busy traveller, but he has not forgotten his hometown of Calcutta, which has his company’s state-of-the-art packaging fac­ility. The company buys the best tea grown in countries such as India, China, Japan and Sri Lanka, with some very special ones selling at £8,000-10,000 a kg. 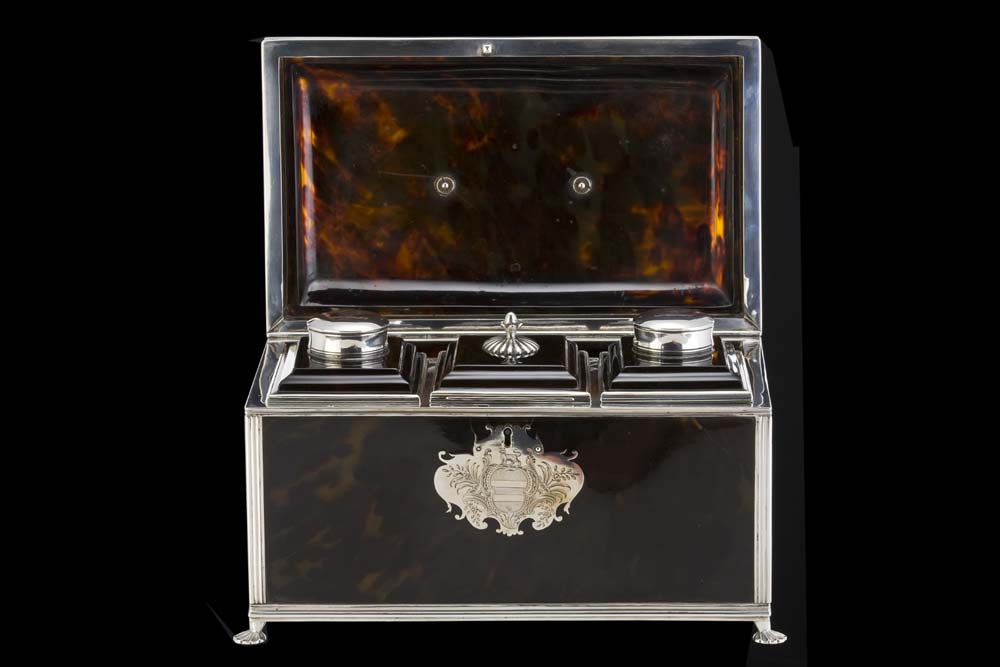 Both the proceeds from the Chitra Collection and more than 40 per cent of Newby shareholdings go to the N. Sethia Foundation, a UK-registered charity working in India and other countries, contributing to education, disaster relief, medical research and temple construction. 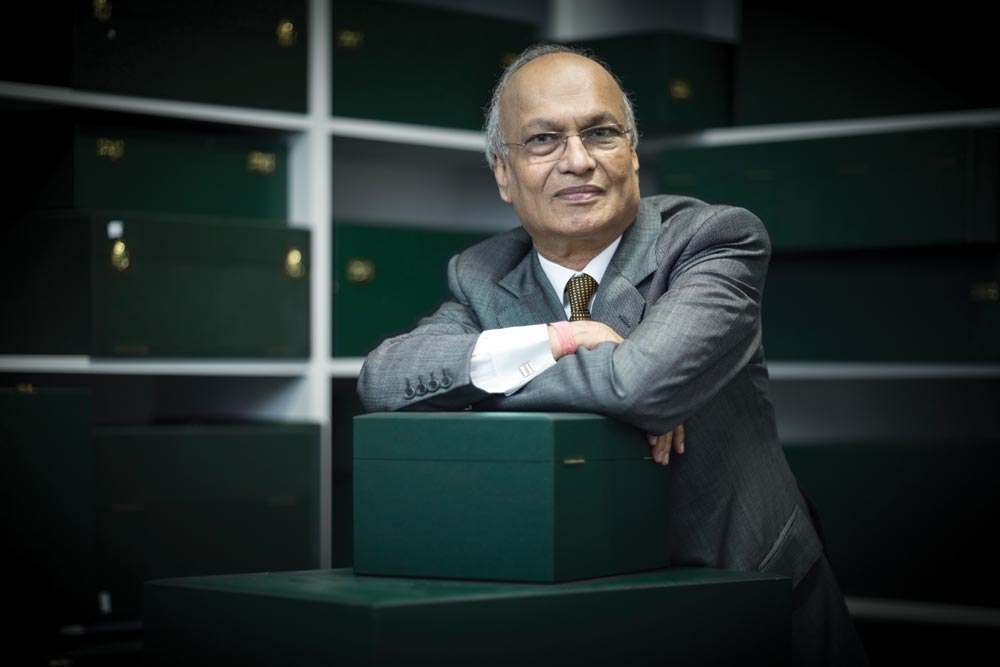 Currently a private collection, the Chitra Collection is housed in a high-security vault in London (one of the most expensive pieces in the collection is worth 7 million Euros) and has had one public exhibition in 2015 at the National Museum of Kazakhstan in Astana. The likes of London’s V&A, and New York’s Met museums have visited the collection. However, Nirmal is open to any government museum wishing to borrow the collection for display, subject to a guarantee of safe return.

So why has he not yet offered it to India? “I did offer it once to the Tea Board of India in 2012-13 but an officer made a comment saying we were trying to promote Newby Teas through the board, which came as a shock to me and I realised that my great country does not want to be reminded of the culture and history of tea,” he retorts. 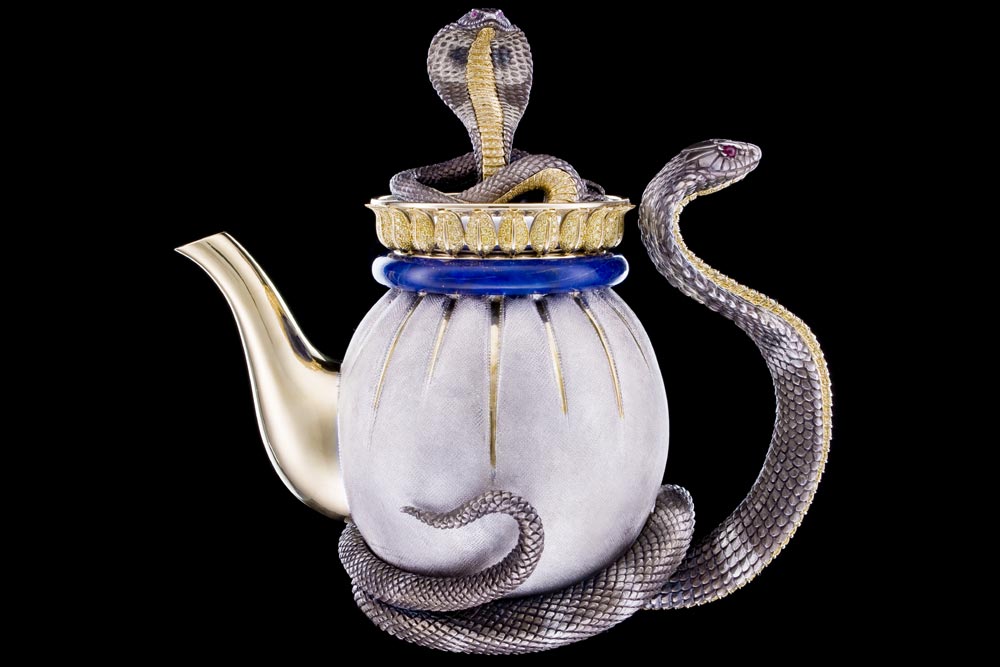 Obviously passionate about tea, he says the collection shows aristocracy and the desire of commissioners to choose the great masters “to express the traditions of the times and the passion and patience to create unparalleled objects in various shapes and sizes.” He feels the artefacts display the personality of the owners. For instance, the Nelson tea pot, without the milk jug, shows what brought him victory. He ­believed tea was to be drunk in its purest form and not diluted. And Roosevelt’s tea caddy showed he cared about his tea. “Tea is normally selected based upon the mood at a particular time,” he reportedly said. 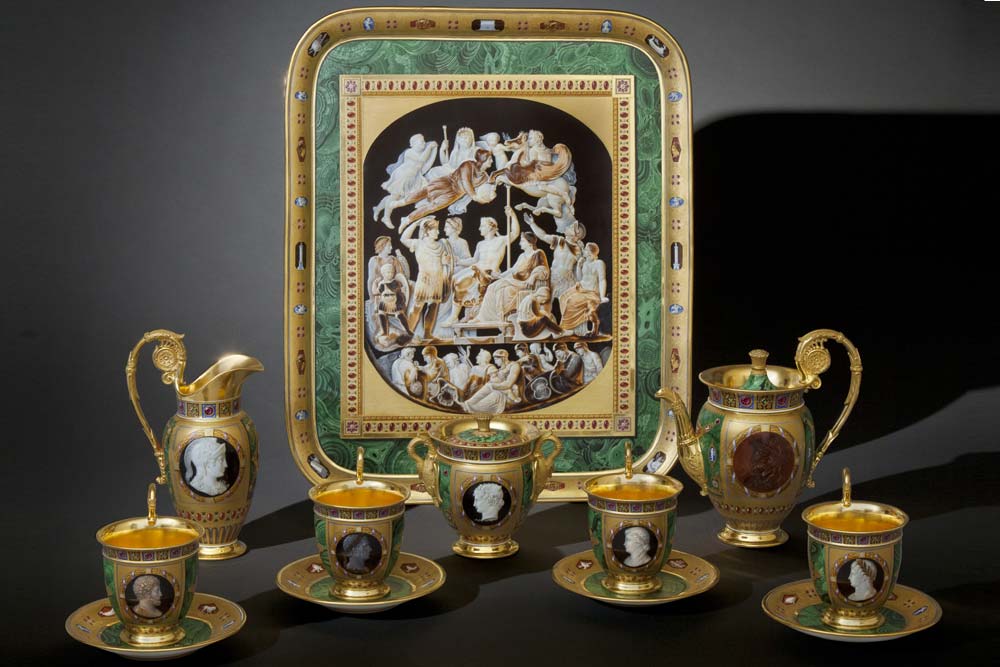 This tea service was made by porcelain manufacturer Sèvres

Nirmal laments the slow strangulation of tea through early 20th century. While in the 15-16th century right up to the 19th century, tea was an object of gift amongst aristocracy, the growing greed of packers and false marketing has brought it down to where it is mixed with anything and everything, be it flowers, fruits or fragrances. He also blames some in the hotel industry for “being very unfair,” and considers them to be “one of the tools of dem­oting tea and its character”.

Nirmal appears determined to keep the culture of tea alive. “I have always believed I was born to be different and not common. Different has two aspects, positive and negative, and I have chosen my path. Time will decide if it was positive or negative,” he says. Indeed, time and history shall dec­ide the importance of tea.