The debt battle is still on, but Dubai is now again the place to do business 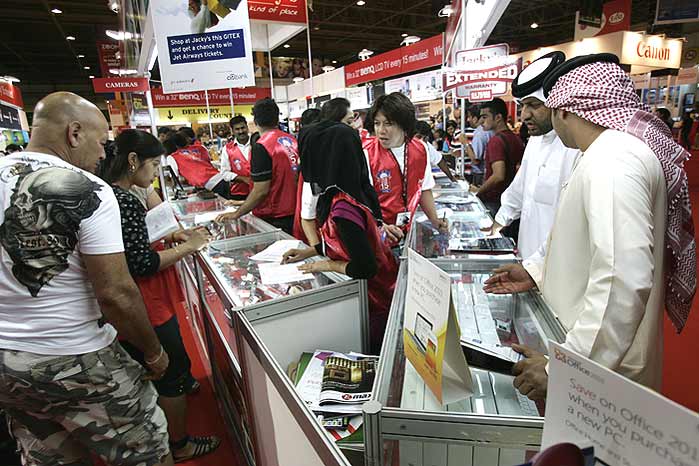 Dubai’s pre-eminence as the city of gold was never in doubt, even at the peak of the real estate crash that brought the city down to earth from its stratospheric orbit. Apart from the glitter, which the city and the metal share in solid measure, Dubai now seems to have acquired another fundamental attribute of gold—status as a safe haven against economic uncertainties/market turmoil that has seen prices hit record highs in recent times.

By a quirk of circumstances, Dubai is now increasingly being seen as a safe haven for money flowing out of countries caught up in the Arab Spring. As Arab political distrust of the West keeps growing, there is a discernible trend of money avoiding the traditional channels that were once heavily tilted towards European destinations. With the whole region in turmoil, other Gulf Cooperation Council (GCC) countries also suffer from a number of disadvantages. By default, Dubai emerges as the best bet.

Dubai has always been an island of stability whenever the region faced trouble. Each time the region erupted in violence or uncertainties of any kind, Dubai has benefited from its multiculturalism and cosmopolitan approach. Apart from its perception as a safe place to do business—until the real estate bubble burst in 2008, bringing with it all the negative publicity—Dubai always retained an edge as the region’s most favoured venue for people to meet, whether for business or for socialising.

Some of these qualities are now coming into play once again. While the broad agreement is that those heady boom days will never return to Dubai, there is a general sense of momentum building up slowly. After a painful period of negative growth, the numbers are again turning positive, although the results are just about visible on the ground.

Hotel occupancy rates, a key indicator of Dubai’s economic health, are consistently scaling up. The number of passengers transiting through Dubai is steadily growing. Going by the current rate, the Dubai international airport is on its way to becoming the second-most active airport in the world after London’s Heathrow by the end of the year, leapfrogging ahead of Frankfurt, Hong Kong and Paris, according to the latest report of Airports Council International.

Dubai seems to have put the 2008 debt crisis behind it, credit risk has dropped with better debt-restructuring deals, bond issues etc.

Dubai’s real estate prices are also, at last, showing signs of some stability, with the fall in rents slowing down or arrested in most areas and even showing some upward movement in certain localities. Commercial rents in the prime area of downtown Dubai have started picking up as the demand for office space increases. Investors from Syria, Libya, Egypt and other countries are moving in to set up shop in the region’s most preferred business hub. With real estate prices remaining at very attractive levels, there are expectations of more money flowing into the sector and if that happens the Dubai economy stands to benefit significantly.

India’s ongoing war against corruption is also believed to have positive implications for Dubai, traditionally a friendly destination for Indian investments. The majority of free zone companies in Dubai—which contribute the bulk of the emirate’s trading and manufacturing revenues—are already owned by Indians, directly or as investors of Indian origin from Europe and other continents. With Swiss banking secrecy laws under attack, Dubai stands to gain as a major stop in the channel for external money flows from India. In popular local perception, this is another positive development in Dubai’s favour.

The opening of a new phase of the metro, known as the Green Line, has also boosted sentiments. The metro’s expansion, though delayed by a year, is widely seen as an emphatic affirmation of Dubai’s ability to handle its situation. The Dubai ruler—who opened the new service—declared it as the accomplishment of a major challenge (in the wake of the economic crisis) and promised more “surprises” in the days to come. Built by a consortium led by Japan’s Mitsubishi Heavy Industries, the metro was launched in 2005 at a cost of $4.4 billion, but has seen significant cost overruns, taking the final tally to $7.6 billion. The first phase got ready as the crisis peaked, but this did not deter Dubai from pursuing the next phase.

With confidence in Dubai’s ability to stage an economic rebound growing, the city-state’s credit risk has dropped in the wake of impressive debt restructuring deals, bond issues and improvement in corporate profitability. The cost of insuring Dubai government debt against default has been consistently falling over the past few months. The continued ability of Dubai’s government-owned companies to secure bank financing has somewhat surprised the market, but the fact remains that they have managed to do so.

In view of the improvement in the economy and the debt profile, banks are continuing to finance and refinance Dubai Inc. Among the most successful deals was that reached by Dubai Holding, one of the three main state-owned holding companies, with lenders extending $1.16 billion until December 2016. Another development that boosted market confidence is the announcement by the Investment Corporation of Dubai (ICD) that it would repay $4 billion in loans rather than pursue refinancing. The obligation was to be repaid from internally generated cash, mainly dividends received from ICD’s operating subsidiaries.

Similarly, Dubai Holding Commercial Operations Group, a unit of Dubai Holding, repaid a 250-million Swiss franc ($324 million) bond in July. Dubai Group, another investment company owned by the emirate’s ruler, is in talks with banks to alter the terms on $10 billion of liabilities. In June, the Dubai government raised $500 million from the sale of 10-year bonds. The sale received more than $1.8 billion in bids. The success is seen as a clear sign of appetite for Dubai debt and returning confidence.

As Dubai’s vulnerabilities appear to be on a strong downward trajectory, it is becoming clear that the emirate might even be able to avoid a planned sale of stake in some of its most valuable companies, such as Emirates Airlines and port operator DP World. The emirate has been delaying such a move in view of the poor market conditions and the subsequent lower valuations, but with more refinance options available, indications are that it might drop the plan altogether.

All this does not, however, mean that the nature of Dubai’s fundamental challenge—which is its huge debt—has changed. IMF estimates put the debt amassed by government-owned companies at about $113 billion, which is more than 130 per cent of the gross domestic product. Of this, over $31 billion is maturing this year and the next. Although a part of this huge amount has been restructured, the real challenge would be to sustain this process.

Note here that the majority of debt maturing in the next couple of years is bank debt versus public bonds. So far, Dubai has achieved success with the banks. But to be able to achieve continued success, it needs to ensure that things are done in a fair, equitable and market-friendly manner, without compromising credibility.