Can people look at smoking with a scientific temper? 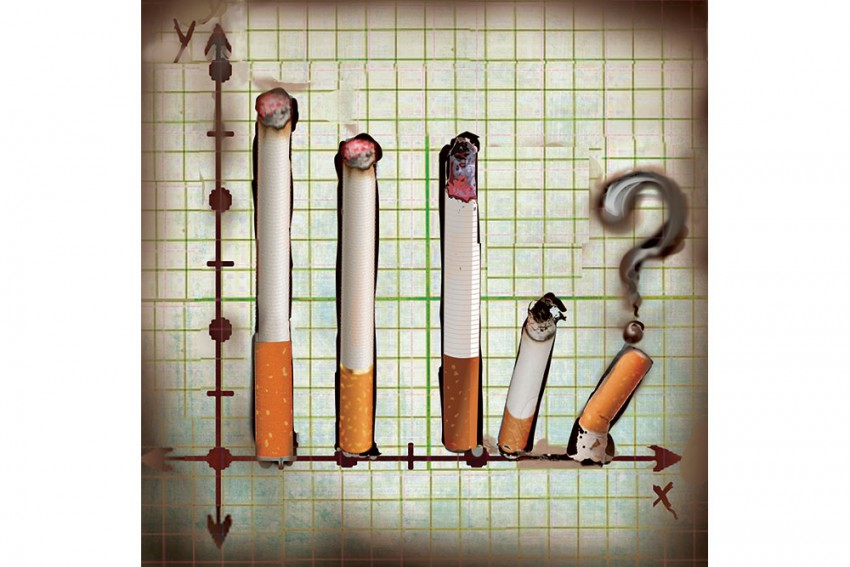 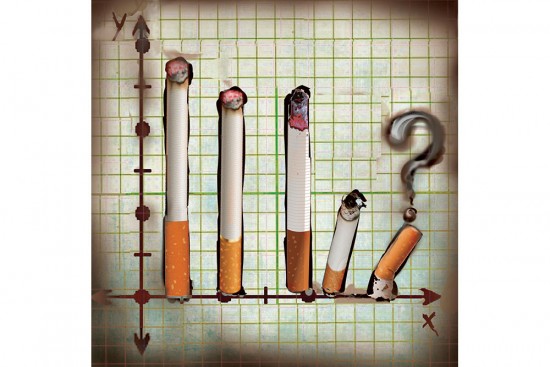 A long time ago, my middle-class father decided that my only passport to a better life was to get into an elite engineering college. So I made a promise to myself: I would try, and if I were successful, I would smoke. On a sultry June morning, 36 years ago, when I checked the results of the entrance test, and found that I had got through, I bought and lit my first cigarette. (Before we go on, let me say this: What you are reading is fundamentally about scientific temper. The tobacco issue is only a trigger.)

Smoking was very common then. In fact, it was stylish. People even smoked non-filtered cigarettes, and the harsher the drag you took, the more macho you thought you were—an idea driven home by the ads of that king tough-smoke brand, Charminar, made iconic among Bengalis in the 1970s by Satyajit Ray; his detective Feluda chain-smoked it. And all those novels were written for young teens!  Of course, Ray turned virulently ­anti-smoking after his heart attack in the early 1980s. Pre-heart ­attack, all the men in his films smoked at an alarming rate. Post-heart attack, only the bad guys smoked. And this is hardly unique. Johann Cryuff, the great Dutch footballer, smoked 60 cigarettes a day before he was diagnosed with lung cancer—and he became an anti-smoking activist. Walter Wriston, the legendary manager who built Citibank, was a heavy smoker and had to have a lump taken out of his lungs when he was in his 30s. After that, he made tobacco a criterion when it came to promotions and raises—a smoker could not be trusted with important stuff.

I’m still smoking. Almost all my friends have quit. I could say that I haven’t been able to, or that I haven’t tried hard enough, but I won’t. The truth is that I’ve never really wanted to give the habit up. That may sound unreasonable and stupid. But surely I am entitled to a little freedom of choice? If I’m in a room with you, however vast and airy, I’ll always ask you if it’s okay for me to smoke, and if you say no, I’ll always ­respect your feelings. I’ve purposely used the word “feelings”. This is because nothing that I have read till now has convinced me that “passive smoking” is harmful. I certainly wouldn’t promote smoking, just as no one in their right mind can promote drinking alcohol, so I’ll speak only about “passive smoking”. Most of you reading this are not smokers, possibly despise smoking, and are “passive smokers”. Hear me out.

“The smoke is getting into my eyes”: that’s a factual statement. But passive smoking? An enormous number of scientific papers are published every year, but a majority of them are unscientific—sometimes criminally so. The number of published papers saying that “passive smoking” is harmful outnumbers the not-harmful papers by an order of 10. But does majo­rity establish anything in science? No. Take the case of butter. For 30 years, we were told that butter was bad. Today, we know beyond doubt that butter is not bad—in fact, margarine, the “healthy alt­ernative”, is bad. Scientific ­results were systematically s­uppr­­essed, and honest scientists discredited. And please don’t unq­uestioningly trust newspaper reports quoting some study that so many millions die of tobacco consumption every year. Most of us are ignorant of the science and the correct methodologies of statistics. Maybe millions are dying—you and I have no way to check the assumptions that define the study—but I just have one question: Let’s say all these study results are correct, so how is it that every yearly study pegs the number of tobacco-related deaths higher? The world is smoking less and medical science has been improving—do these numbers make any logical sense? If the earlier numbers were wrong, then how can one trust the new numbers? How does it all add up?

And shouldn’t governments act by scientific temper? It’s a rare thing, but not unattainable. I know that 90 per cent of readers will disagree with my views. I ­respect your opinions, as long as they are informed and logical. And you should respect my right to commit suicide, at my chosen pace, by smoking.

Yet, in spite of the bans and the declining consumption, the tobacco industry is ­healthier than ever.  In 2013, it made a collective profit of more than $44 billion and it is predicted to get only better.